Is a landspout a real tornado?

Small, quick and weak, but a landspout is a real tornado, and they dominate Colorado's tornado season. 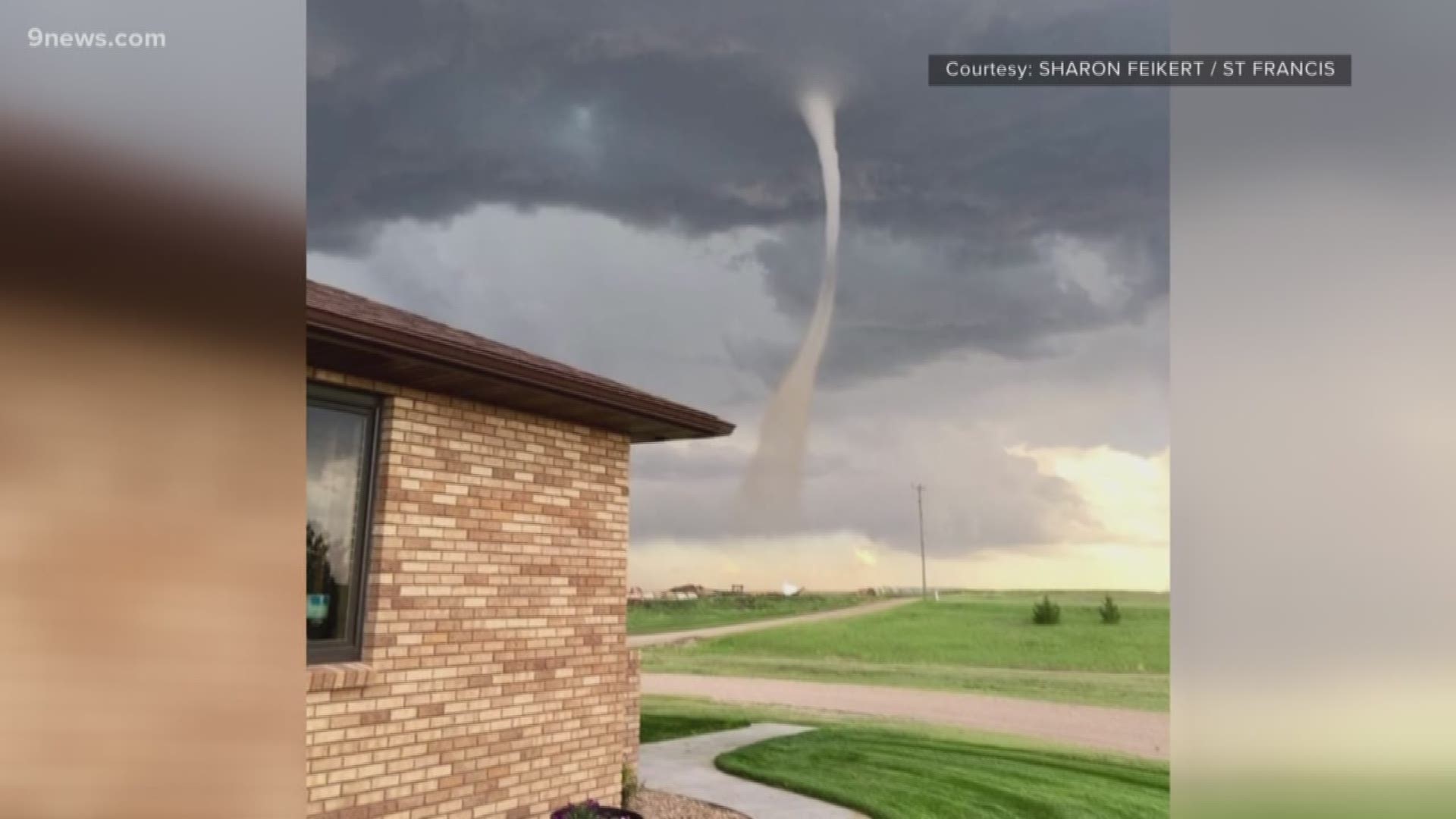 One in Elizabeth, one in Burlington, and another report from Kirk. The one in Kirk could possibly be a duplicate report of a tornado east of Idalia, but the time of the report doesn't match the time of that tornado.

That gets the Colorado tornado count up to 27 for the season so far according to data from the Storm Prediction Center (SPC). Some of the duplicate reports have been weeded out of that number, but it is likely there are still some duplicates that need to be filtered. That can sometimes be refined as the season goes along.

The SPC says that Colorado averages 46 tornadoes per yer, which might be a surprising or even intimidating number to some, but that number is dominated by landspouts.

Landspouts form differently from supercell tornadoes, and they are typically smaller, weaker, and don't last as long, but they are real tornadoes.

Vorticity, or spinning air, must already exist at the surface. Usually, that vorticity is caused by wind shear, or air converging from different directions, or different speeds.

Then a storm cloud either forms above that vorticity or forms nearby and moves over top the vorticity. It can often be the same boundary creating the vorticity that creates the thunderstorms.

The updraft of air into the storm then pulls the vorticity up vertically. The result is a tube of spinning air attached to the cloud base, extending all the way in contact with the ground.

It's basically a dust devil that gets ingested into a thunderstorm.

The tornado usually lasts only about 10 minutes or less on average, because it stays on the boundary as the storm moves away, and the vortex dissipates quickly.

“They can still be dangerous, while they are generally weak," said Russell Danielson, meteorologist with the National Weather Service in Boulder. "They are generally EF-0 or EF-1 tornadoes with winds anywhere from 65 to 110 mph. Landspout tornadoes can be as strong as an EF-3 which are about 150-mile an hour winds."

Landspouts are also very small, usually covering less than 100 yards on the ground. More than 90 percent of all Colorado tornadoes are EF-1 or EF-0, and occur east of the I-25 population center.

Since it is usually a large boundary that landspouts form on, days that are particularly prone to landspout formation can be forecast.

“We look for general areas for these boundaries that the landspouts occur on," Danielson said. We’re not going to get the exact location of the landspout, but we can get the general boundary, and maybe down to a county or two area that has the best chance for landspout tornadoes.”

They are stealthy because they can occur on days where no severe weather is forecast, and they can even happen in a thunderstorm that does not carry severe thunderstorm or tornado warning on it. To top it off they are often not even seen on radar.

“A lot of these landspouts happen so close to the surface, the radar can’t see them. The radar is shooting higher up in the storm” Danielson said .

Many times the first indication that there is a landspout tornado occurring, is when an eyewitness makes a report.