The governor and state officials held a press conference at Newnan High School - one of the hardest-hit spots. 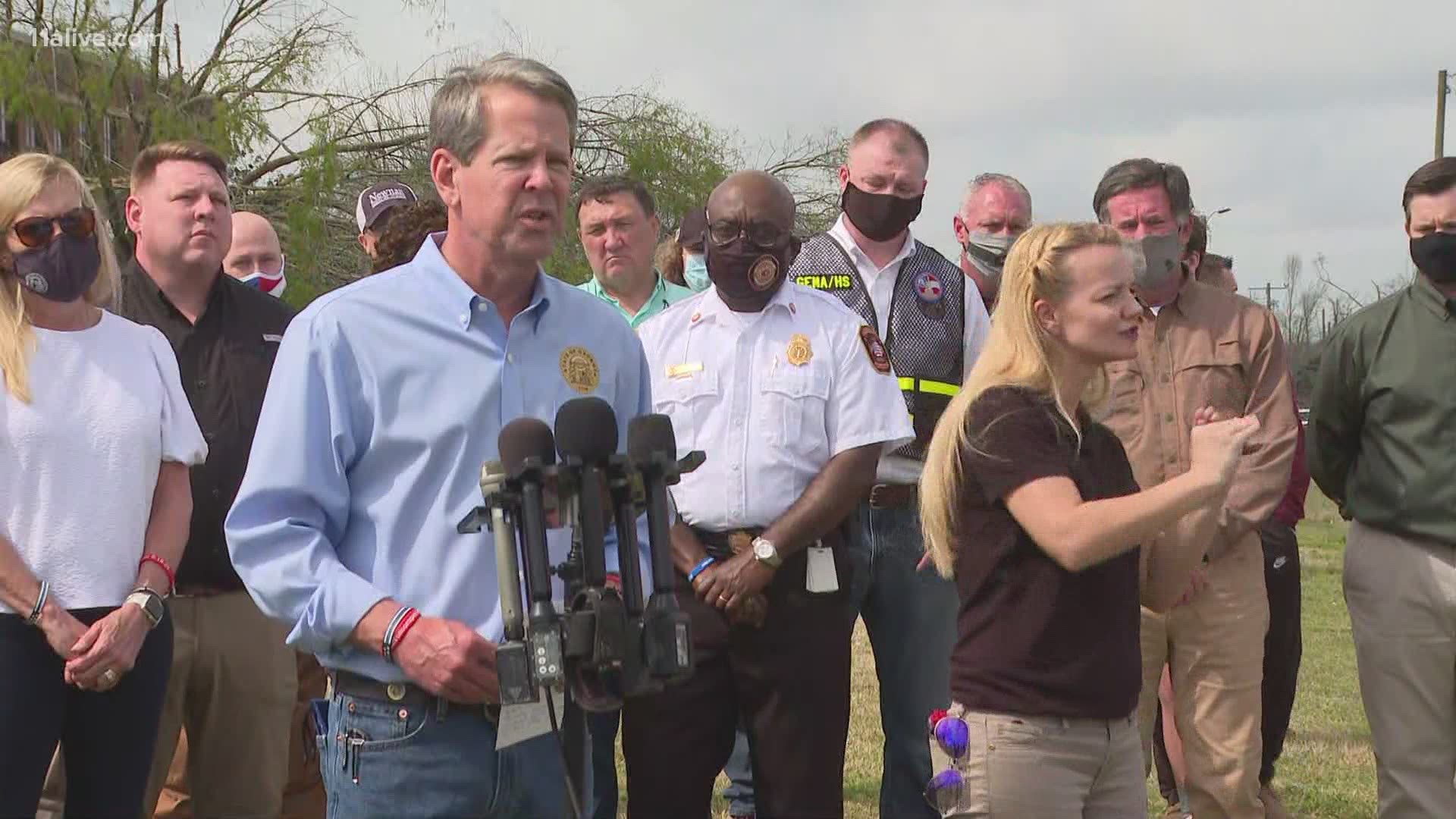 NEWNAN, Ga. — Gov. Brian Kemp toured the devastation left behind by a "violent" EF-4 tornado through Newnan and parts of Coweta and Heard counties Saturday afternoon.

During the press conference at Newnan High School, one of the hardest-hit spots, Kemp said he was dedicated to helping the community.

"We are going to do everything in our power with the state resources that we have to help this community rebuild," Kemp said. "But I have great hope and optimism that they (residents) will pull their bootstraps up and we will be there to help them rebuild and continue on."

11Alive Meteorologist Melissa Nord said this is the tenth EF-4 tornado to hit the state of Georgia, not the United States as a whole, since 1950.

"It is a lot different than anything I've ever seen. Just total destruction in many places," Kemp stated.

Kemp sent his appreciation for volunteers but cautioned residents to "be careful" who they donate to. He steered people in Coweta County to the Red Cross.

Kemp previously tweeted that his visit to Newnan would be delayed due to intense fog in the area. The tour began shortly before 12 p.m.

On Thursday night, just after 11 p.m., the powerful storm generated just across the border in Randolph County, Alabama. Tornado warnings were then triggered for Heard County and Coweta counties in Georgia - before a "tornado emergency" was declared as the storm approached Newnan.

National Weather Service crews were out surveying the damage on Friday, where daylight revealed the scale of the damage.

Houses and other structures had roofs torn off, large trees were completely uprooted - some homes were even moved off their foundations. One person was also killed in the storm, after experiencing a "medical emergency" while trapped inside their home buried under limbs and debris.

Because of the level of damage, the NWS has tentatively rated the storm an EF-4 tornado - out of 5 - and believe winds may have peaked at 170 mph.