The Rocky Mountain News put out a special edition book about the '82 Christmas Eve blizzard they called a 'Survivor's Souvenir.' 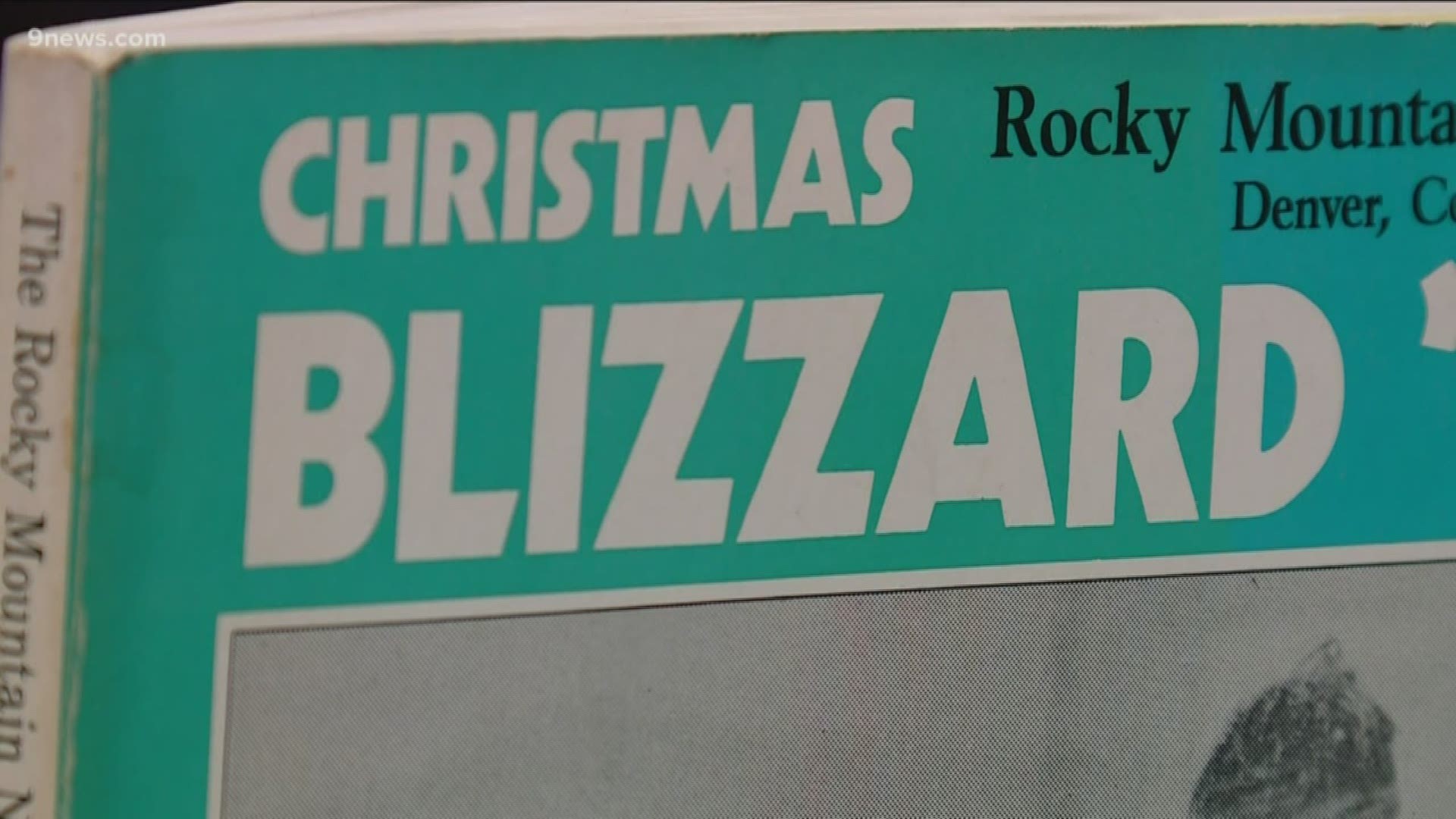 DENVER — On Christmas Eve in 1982, Colorado got hit with a powerful blizzard. It still ranks today as the fourth biggest snowstorm in Denver’s history with 28.3 inches reported at Stapleton Airport.

Besides crippling the roads and the airport, it also shut down the Rocky Mountain News for the first time in its existence.

Gary Rigg, a former employee remembers that blizzard as the nightmare before Christmas, because after taking that day off, he knew it was going to be a chore getting his staff into Denver to get the Sunday paper out the next day.

Credit: KUSA
Gary Rigg - Former engraver with the Rocky Mountain News with the special edition book about the 1982 Christmas Blizzard

After digging a friend's car out of the ditch in Pine Junction, Rigg was able to pick one of his coworkers up in his big, 1-ton, four-wheel-drive truck, and get them to the office.

“It was like a monster. The snow was clear up to the bumper of my truck and I was busting through all the snow to get there,” Rigg said.

Another coworker stayed at a hotel in Denver and was also able to get to work. They were engravers at the paper and together, the three of them were able to plate the entire Sunday paper by themselves.

An accomplishment to be proud of, but the Christmas Blizzard still had a solid grip on Denver’s roads. Again there would be no paper.

The impassable streets was a topic of many reports by Rocky Mountain News reporters in the weeks to follow. The paper would later publish a special edition book with the stories behind the '82 Christmas Blizzard.

In the book -- a headline that seems to transcend generations: "Denver rates low in snowplow readiness."

The articles explain how Denver Mayor Bill McNichols came under fire from citizens that vowed to register their discontent at the polls. McNichols was up for election the following May.

His challenger, Frederico Peña, was wisely running under a platform of improving infrastructure and transportation. In an ironic twist of fate, Mother Nature delivered another snowstorm on election day. Voters, perhaps reminded of the Nightmare before Christmas Eve some six months prior, elected Peña.

The special book of articles, which the Rocky Mountain News called "A Survivor's Souvenir," tells a tale of how the blizzard of '82 drastically changed the landscape and the politics of Denver.

Rigg believes the book was published sometime in 1983, but was not sure how many were printed.