This overused weather cliché is actually true in Denver

"Don't like the weather? Just wait 5 minutes." Weather data vindicates Coloradans who use this cliché. 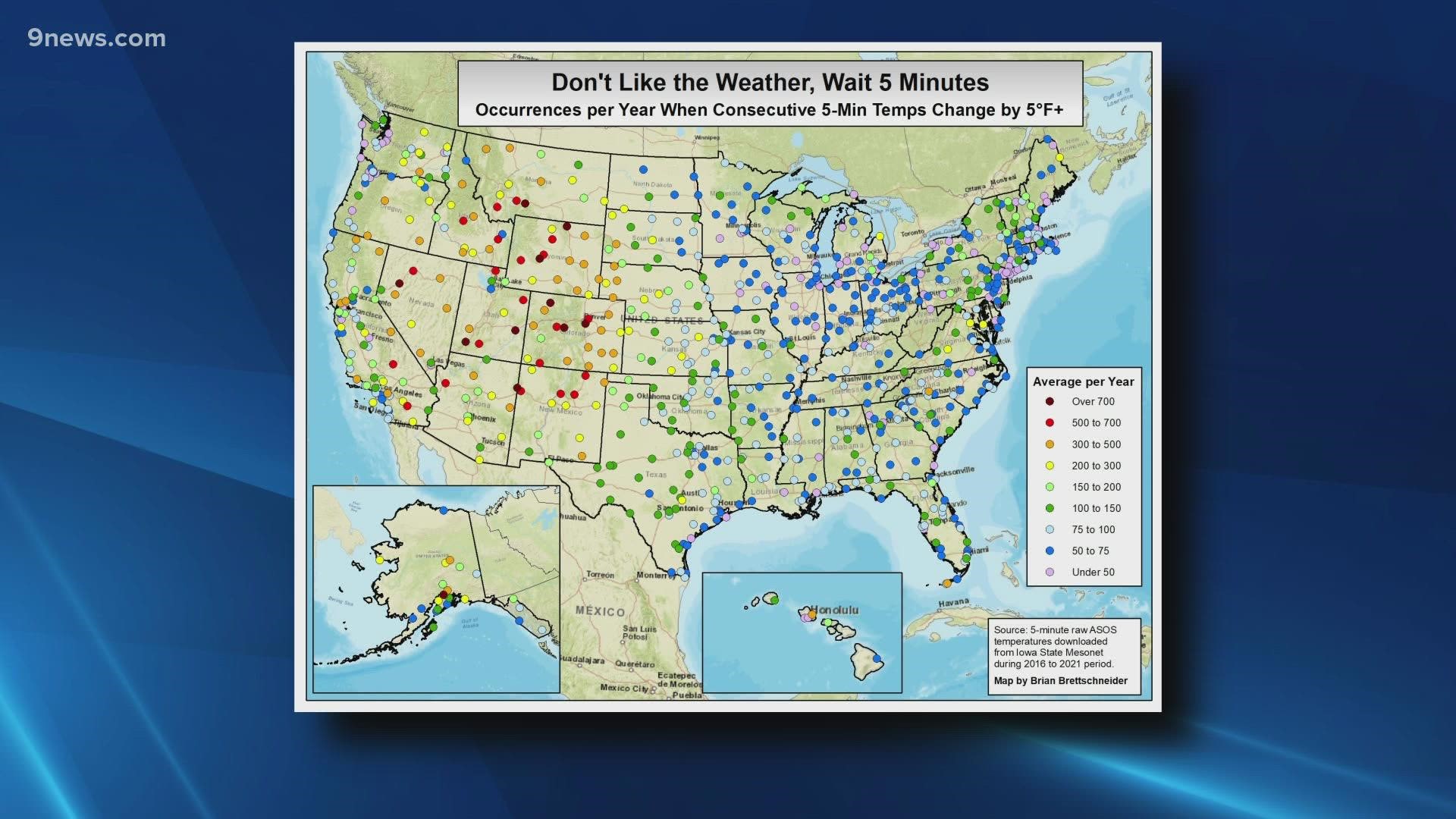 DENVER — You may have heard the phrase "If you don’t like the weather, just wait five minutes and it will change." Well, they say that just about everywhere in the country, but in Denver the weather data actually backs up the claim.

When it comes to 5-degree temperature changes in five minutes, Denver ranks among the cities with the most. It even happened once on Tuesday.

At 12:30 p.m. Tuesday, the temperature in Denver was a relatively warm 71.6 degrees. You might have even heard some cautious Denverites say “Yeah, but wait five minutes and it will change.”

And that’s when the temperature dropped 5.4 degrees in just five minutes.

A temp drop like that is somewhat unusual for most places in America, but not Denver.

In fact, it happens more than 700 times a year--about twice a day on average.

Don't like the weather, just wait 5 minutes. This map shows how often the temperature changes by 5°F or more in a 5-minute period. For dark blue and light purple dots, it's once every 5-7 days on average. For dark red dots, the average is 2+ times per day. pic.twitter.com/05JQBrqr88

Weather data was compiled and posted by climatologist Brian Brettschneider on Twitter. The red dots are places where temperature changes are most drastic.

The data proves Denver is one of just a handful of locations where the weather really does change a lot in five minutes.

Brettschneider used measurements from 820 different Automated Surface Weather Observation Systems (ASOS) from 2016 to October 2021. They are mostly positioned at airports, and they take new temperature readings every one to five minutes.

Brettschneider said Seattle had the fewest number of those five-minute temperature swings, with only 11.

It is no coincidence that all the red dots on the map are in the West, and near mountain ranges.

That is the part of the country that has the driest air.

Temperature can change more rapidly when the air is dry, and more precipitation can evaporate, causing sudden cooling.

And then there are the mountains. As air moves over them, pressure can change rapidly, which affects temperature. When air rises, it cools, and when it sinks, it warms.

Because of the mountains, thunderstorms develop more quickly in Colorado than they do in flatter states.

Tuesday’s temperature drop was caused by a sharp cold front. Overall it dropped 37 degrees in just eight hours, but there was only that one instance of a 5-degree drop in five minutes.

RELATED: Halloween weather can get scary in Denver 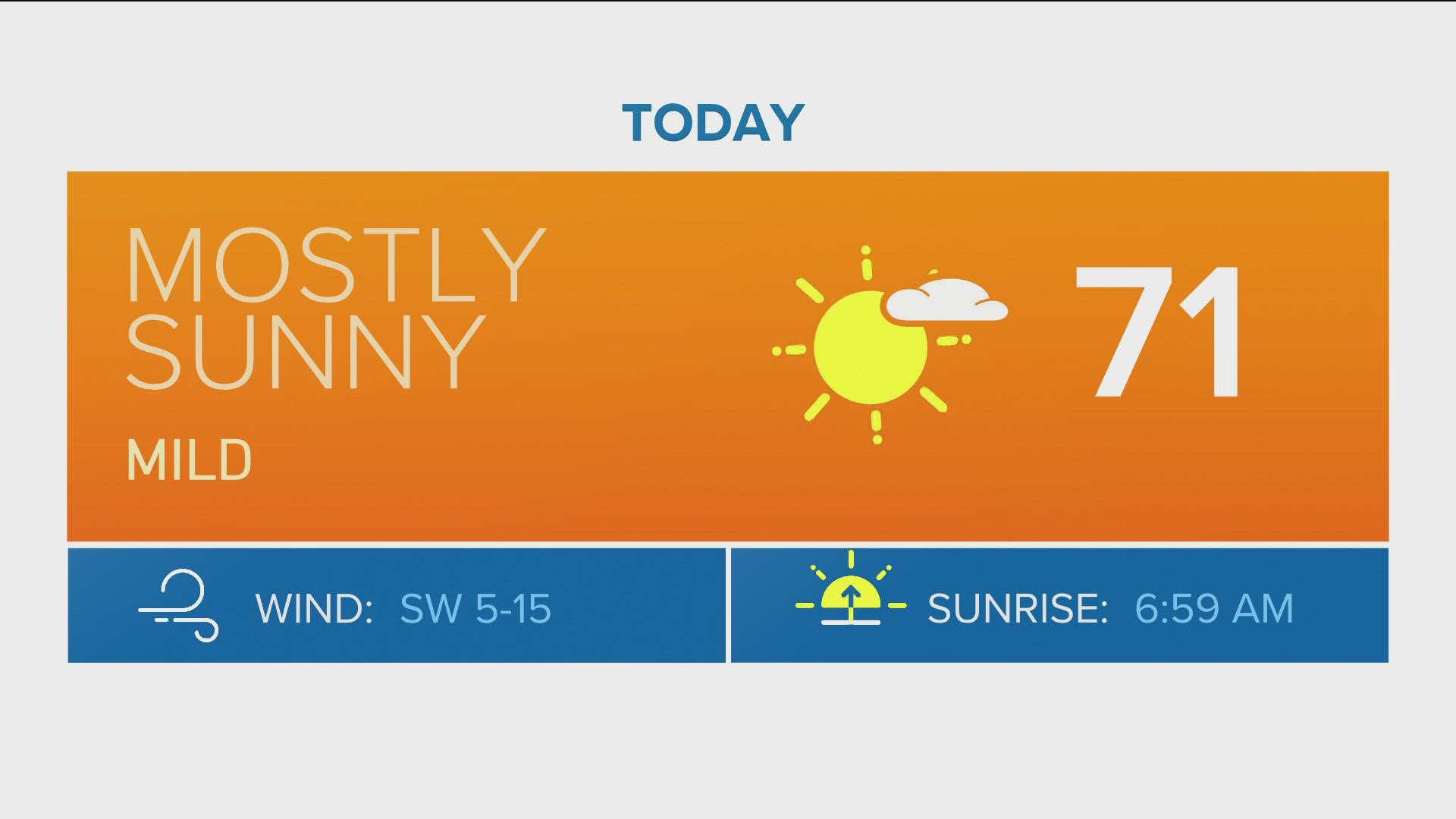 Sunny and warm Monday with temps in the low 70s