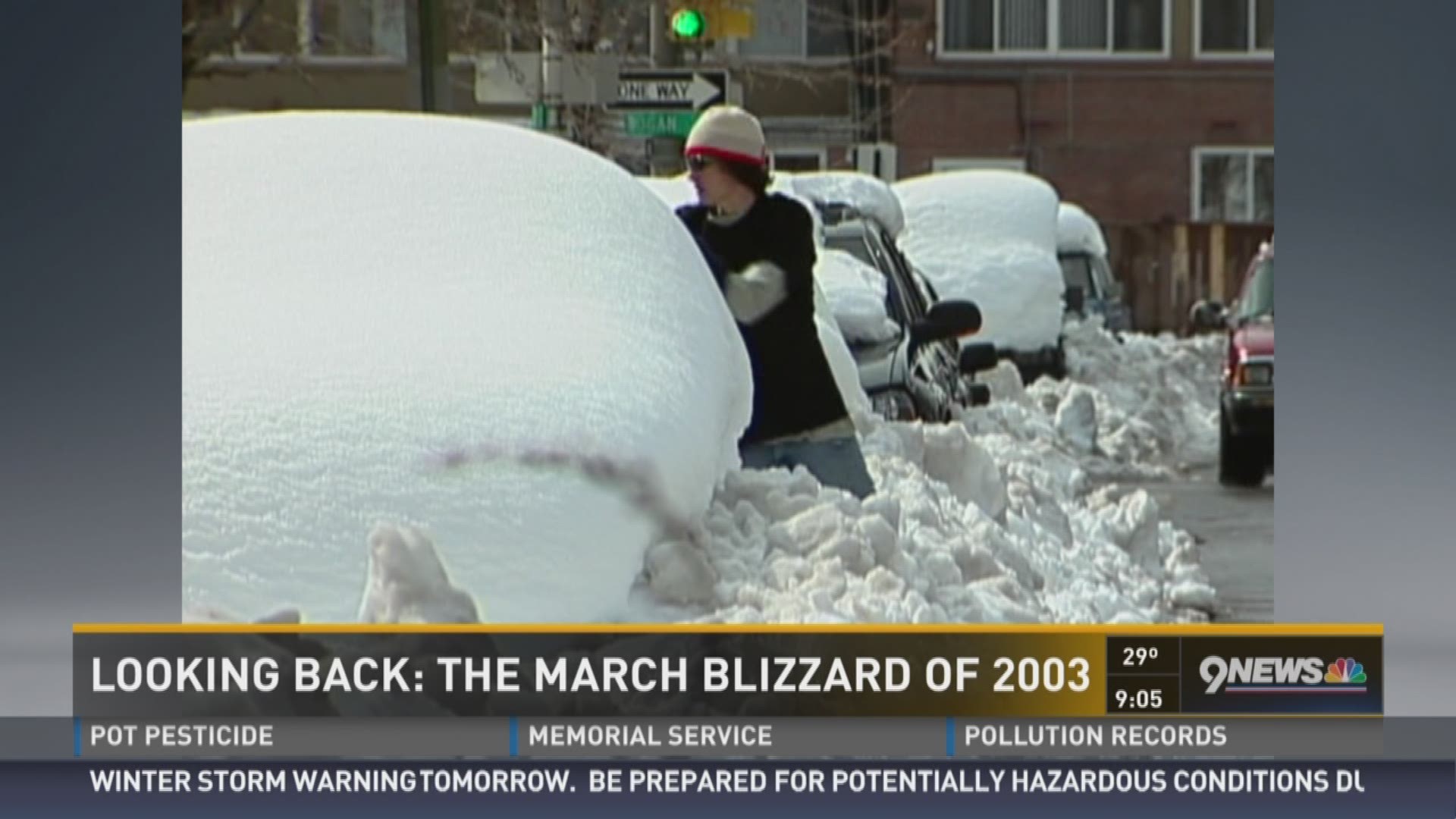 That’s impressive and all (even though, as a Coloradan, you’ve got this!), but it’s nothing compared to 13 years ago.

The epic three-day storm started on St. Patrick’s Day 2003 and dumped nearly 32 inches of snow on the city.

Aurora, meanwhile, saw 40 inches of snow. That’s a lot ... but not to the folks in Evergreen. They got more than six feet of snow!

As you might imagine, the storm closed Interstate 70, stranding skiers in the mountains.

Denver International Airport was closed too, leaving thousands of travelers stranded at the airport. And the sheer weight of the snow ripped a hole in DIA’s canvas roof.

So on Friday morning, while you’re trapped in that notorious Interstate 25 snow-induced gridlock, just think to yourself: It could be a lot worse.