Satellite train seen from Colorado is from SpaceX

The satellite group is part of a future mega-constellation being built by SpaceX. 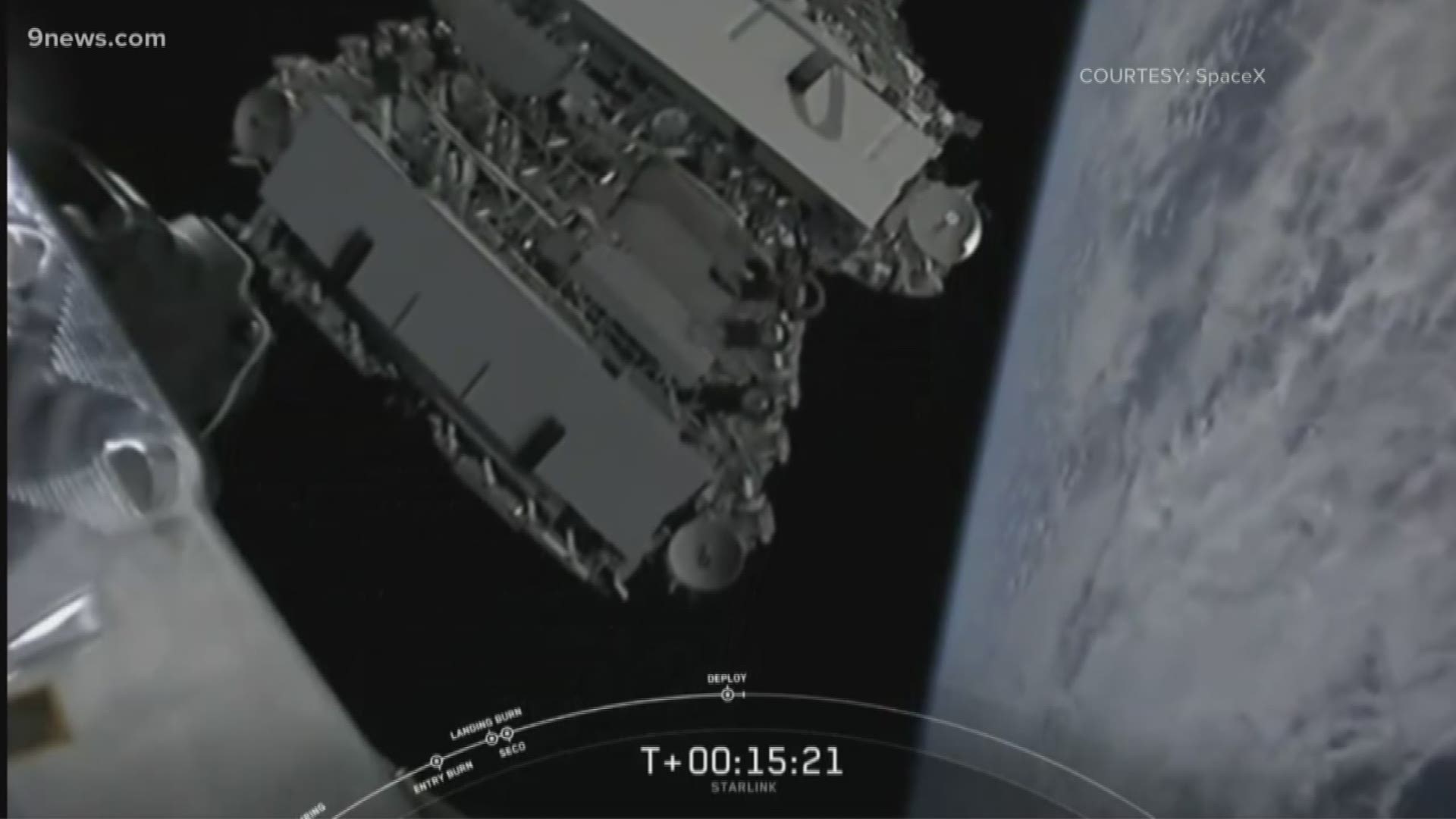 GOLDEN, Colorado — This article was originally published in March 2020. Many people wrote in again this week, in early December, because the same lights returned to the sky. The short answer is that you're seeing is a Starlink cluster. The specifics regarding numbers and dates may be different, but the full explanation of what this cluster does is below.

The phone calls and emails poured into the 9NEWS information desk on Thursday evening.

Callers reported a strange fleet of lights moving through the sky, in a straight line formation.

No, they weren't aliens. They are actually a group of 60 satellites that SpaceX said is part of a mega-constellation called Starlink.

The aerospace company just launched their fifth group on Feb. 17.

An FCC filing shows they have already been approved for 12,000 of them, and they intend to apply for more.

The satellites are in very low earth orbit, only about 340 miles above the ground and clearly visible to the naked eye. Each unit weighs about 570 pounds.

RELATED: What happened to the mysterious Colorado drones?

Credit: KUSA
When fully deployed, the Starlink satellites will be about 340 miles above the earth

The purpose of this satellite network is to provide a new internet option to the public.

SpaceX said that once the Starlink mega-constellation is operational, it will deliver high-speed broadband internet to locations where access has been unreliable, expensive or completely unavailable.

Their bright appearance, seemingly crowding the night sky has drawn criticism from some. One astronomer posted her thoughts on Twitter: "Rather depressing… This is not cool."

Others have also expressed their concern.

SpaceX CEO Elon Musk has responded to input on Twitter, eluding to the fact that they may work on reducing the reflectivity and brightness of the Starlink trains.

Musk has also said that the satellites will become less distracting once they reach their full altitude and that they will also become more spaced out over time.

The satellite groups are mostly only visible from earth with the naked eye at dusk and dawn when the sun angle reflects the most light to the ground.

Credit: SpaceX
60 Starlink satellites 'flat-packed' into a rocket before launch.

There has also been some concern about the dangers of increased space junk in orbit around the earth. SpaceX addressed that angle in a press kit released to the media in January.

"The system is on the leading edge of on-orbit debris mitigation, meeting or exceeding all regulatory and industry standards. At the end of their life cycle, the satellites will utilize their onboard propulsion system to deorbit over the course of a few months. In the unlikely event their propulsion system becomes inoperable, the satellites will burn up in Earth’s atmosphere within 1-5 years, significantly less than the hundreds or thousands of years required at higher altitudes. Components of each satellite are fully demisable."

There are websites that track the timing of satellite flyovers. According to one site, there will be Starlink trains visible from Colorado on Saturday, Sunday, and Monday very early in the morning. 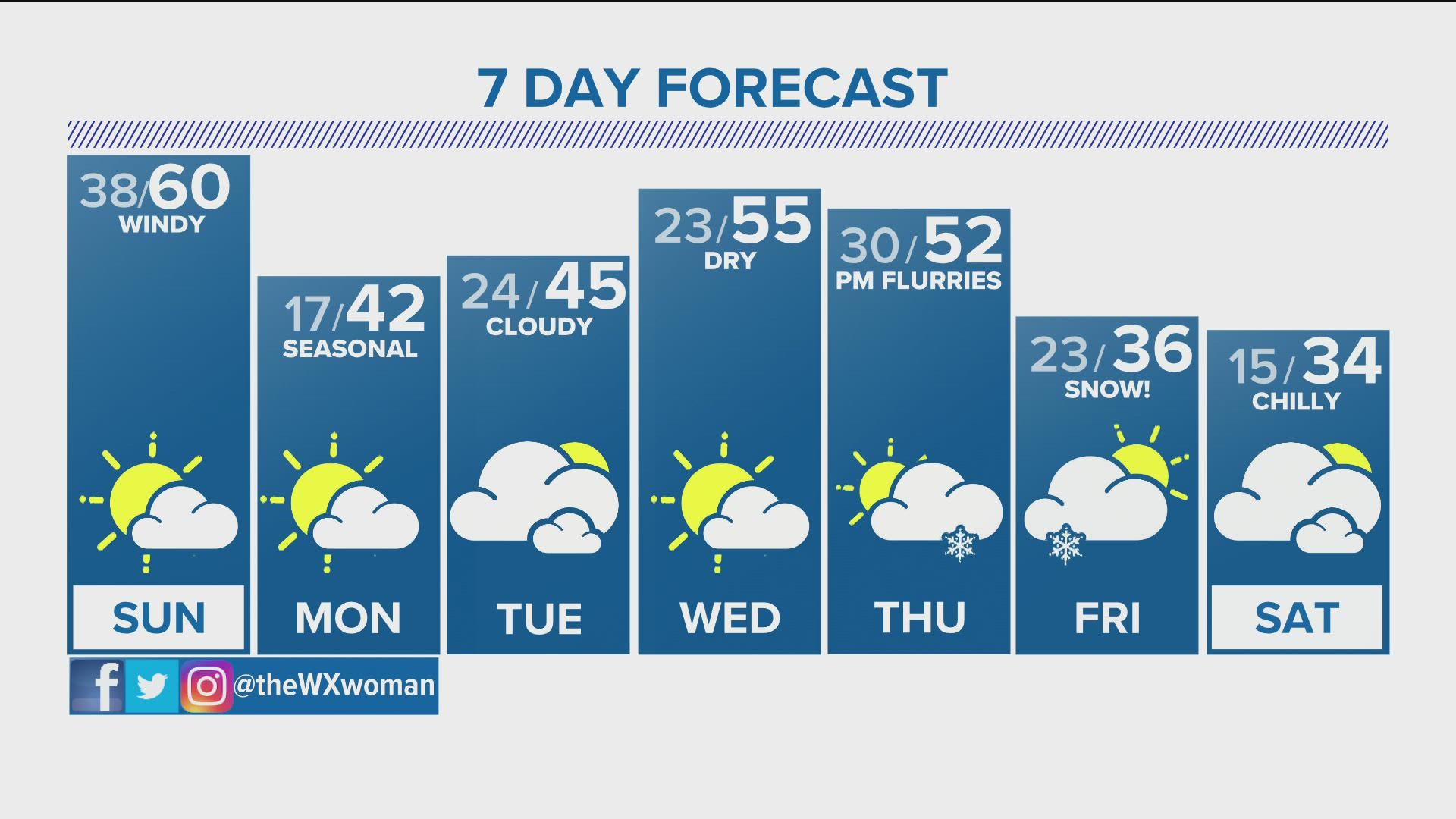