After more than 70 years of speculation, scientists gather the first evidence proving the effectiveness of cloud seeding. 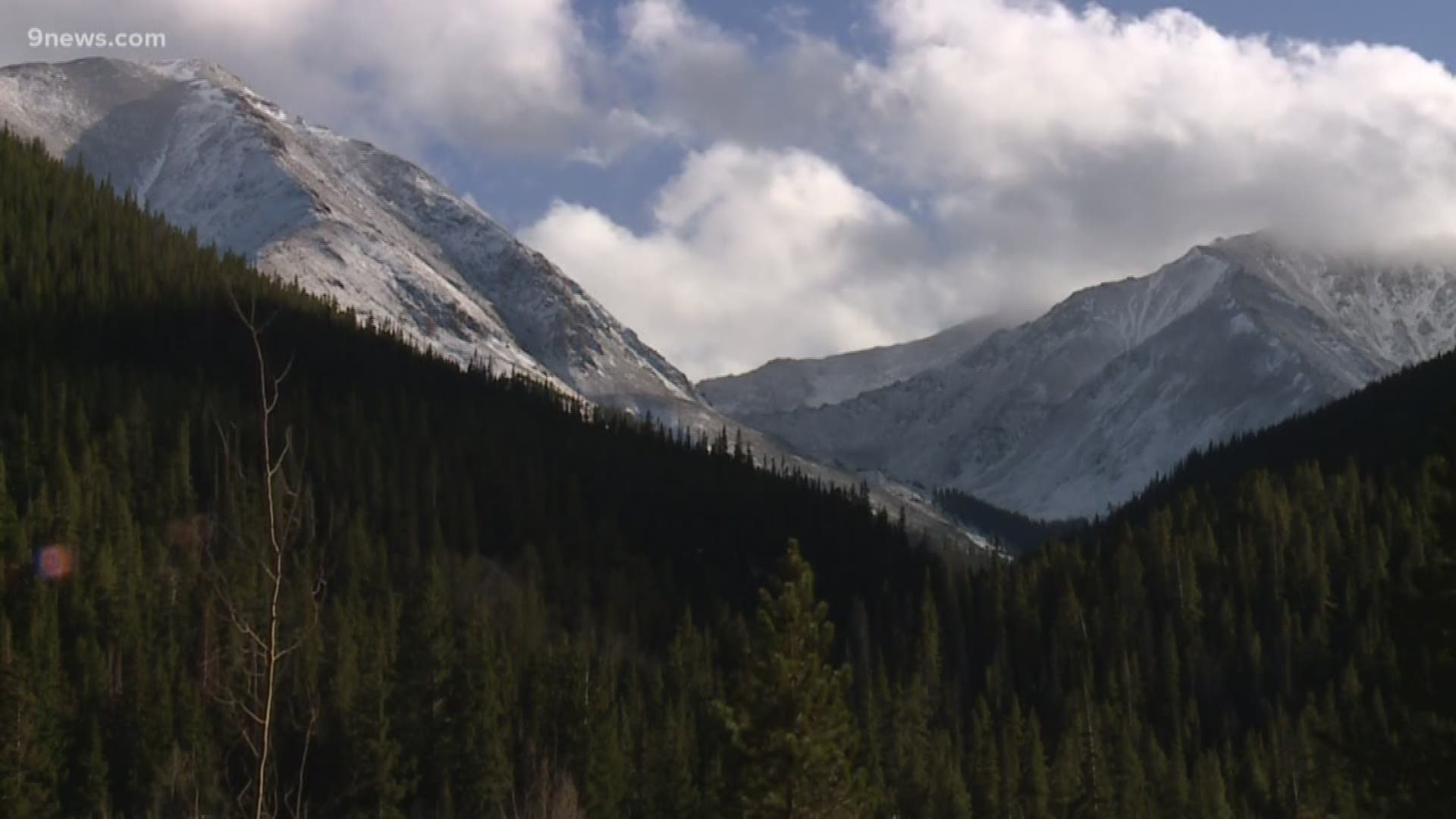 BOULDER, Colo. — For the first time since cloud seeding technology was invented in the 1940s, scientists now say they have definitive proof that cloud seeding works.

“It’s been a hard one for decades,” said Sarah Tessendorf, a scientist at the National Center for Atmospheric Research (NCAR). “The challenge is, in nature once you seed a cloud, you don’t really know what it would have done otherwise. So, it’s tough to pick out that seeding effect from the natural precipitation.”

The quest to finally answer this question with conclusive evidence began in the winter of 2017 with a field research campaign called the Seeded and Natural Orographic Wintertime Storms: The Idaho Experiment (SNOWIE).

“We’re really at this tipping point in the science where we can make huge strides in understanding the impacts of cloud seeding,” said Tessendorf.

What is Cloud Seeding?

Inside a storm cloud, freezing cold water droplets are suspended in liquid form, which is called super-cooled water in meteorology.

In order for it to fall to the ground as precipitation, those tiny water droplets must gain enough mass to overcome the rising air in the storm cloud. That is normally achieved by changing its state to solid ice.

Most super-cooled water needs a solid nucleus to latch onto and form ice crystals around. That nucleus is usually some kind of microscopic dust, or soot that is naturally present in the air after getting kicked up into the atmosphere by winds.

Those tiny particles are the seeds that grow into snowflakes.

But there is often not enough of these particles to change all the super-cooled water to snow, so much of that water never falls to earth.

Cloud seeding is the process of injecting additional particles into a storm cloud to allow those extra water droplets a chance to form into ice and fall from the sky.

Tessendorf and her team targeted storms in the clean air of central Idaho because they wanted to find storms with the least amount of naturally occurring particles as possible.

“And we got what we wanted. In three cases we found storms with very little natural background precipitation occurring,” said Tessendorf.

After Mother Nature delivered the right kind of storms, the scientists injected their own smoke particles by burning torches made with a compound called silver iodide.

Tessendorf said those cloud seeding torches were attached to the back of the wings on a Kingair airplane owned by Weather Modification Inc.

She said the aircraft flew back and forth in the storm releasing its plume, each torch burning for about four minutes until a new torch was lit.

It didn’t take long before a distinct zig-zag pattern appeared on radar. When they saw that radar image from a storm that was barely producing any of its own snow, they knew they had their proof.

“Mother Nature does not produce zig-zag patterns in the precipitation naturally, so we are very confident that that signal is from the cloud seeding that we conducted.”

The researchers got three storms in January 2017 that were producing very little snow on their own. They estimate that they were able to help the storms artificially produce a little more than 500 total acre-feet of water, which translates to about 285 Olympic-sized swimming pools.

Tessendorf said they are not able to estimate a percentage of water gained because three storms are too small of a scale. She said it would take a larger scale, like an entire snow season, to really see an overall gain.

She said cloud seeding could be used to make small increases to water supplies, but the technology may not be able to help in the case of severe droughts.

“Cloud seeding is not a drought busting technology because you have to have clouds and the right type of clouds to seed to start with,” said Tessendorf.

The reason that no one has been able to show proof that cloud seeding works until now, is because it is so difficult to isolate the seeded snow from the naturally-occurring snow.

Tessendorf said the key was to find storms that were not producing much natural snow, so they could more easily isolate the seeding effect.

The next step was to get high-quality radars close enough to get good scans.

“There was nothing mobile about these radars after we got done with them,” said Tessendorf. “They were completely snowed in until late summer, but we were able to collect data in areas that are often unseen and so those were critical measurements.”

Silver iodide is a compound that has been determined to be most effective in cloud seeding.

“It’s got a crystalline lattice, and a shape very similar to ice. In the laboratory studies it can nucleate ice in temperatures as warm as about 20 degrees Fahrenheit,” said Tessendorf. “A lot of natural ice doesn’t even form until even 5 degrees Fahrenheit, so if you can create ice artificially through these cloud seeding particles at a warmer temperature, then you can actually kickstart the snow formation process.”

The SNOWIE project did not look at the environmental impacts of placing additional silver iodide particles in the air above Idaho because they said that many other studies have specifically investigated that aspect and found it to not be an environmental issue.

“There are so many other natural sources of silver, primarily the earth’s crust produces silver, and so you get mineral dust with silver in it already,” said Tessendorf. “So, even detecting any change at all from that background level of silver and the additional cloud seeding silver, is tough to do.”

Public concerns are often raised about cloud seeding upstream possibly stealing moisture from those downstream. So if you cloud seed in Idaho, are you taking moisture away from Wyoming?

Credit: Josh Aikens
Doppler on Wheels buried in snow during the SNOWIE Project in Idaho

There have been big advancements in computer modeling since the last cloud seeding experiment with the development of supercomputing, so many of the questions that still exist may also see answers coming soon.

Like how what percent of water can be added to a watershed in a season? And how much water are you taking from downstream users? Even how much snow can be brought out of a storm that is already producing a lot of natural snow.

Tessendorf believes that the data gathered from those three clean storms in the SNOWIE project will allow them to calibrate a new generation of computer modeling.

“We will now be able run a case with seeding and without seeding and look at the differences,” said Tessendorf. “We think that computer modeling is actually going to be the future for doing these types of investigations.”