The first severe spring storm of the season brought snow to the mountains and hail to the plains. 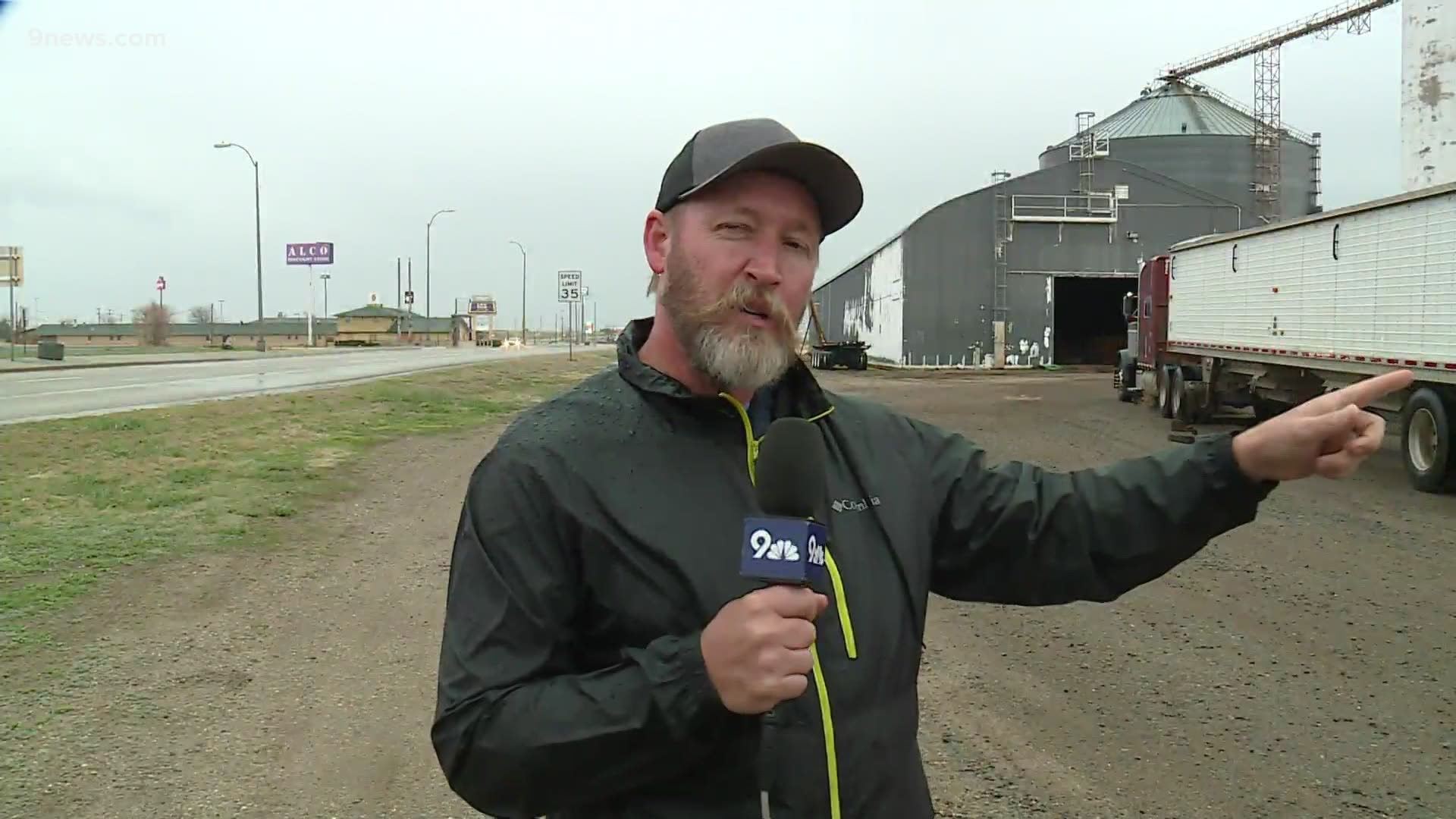 DENVER — After a dynamic spring storm brought heavy hail to parts of Eastern Colorado, snow to the mountains and a tornado to rural Lincoln County, the threat of severe weather had moved to the far northeastern part of the state by about 5:30 p.m.

A Severe Thunderstorm Watch that was issued around noon has now been canceled.

> Click here for the latest watches and warnings from the National Weather Service.

The threat for severe storms has ended across the I-25 corridor so the watch was canceled for those counties. Severe storms are still possible across far northeast Colorado through 7pm. #COwx https://t.co/tInZNrkfIv

According to the NWS, the storm moved from the south toward the north and produced mostly heavy rain and a lot of small hail.

Several spotters confirmed a tornado touched down in the far southeast portion of Lincoln County about 4 p.m. Tuesday.

Several spotters have confirmed a tornado touchdown in far southeast Lincoln County. Seek shelter if you are in the path of this storm! #cowxhttps://t.co/l4VcvTGYvZ https://t.co/S8nMVNaaXd

Heavy snow was falling in the mountains. Interstate 70 westbound was closed both directions between Silverthorne and the Eisenhower Tunnel for crashes for a short time just before 5 p.m.

Multiple Crashes between Silverthorne (mp 205) and the Eisenhower Tunnel (mp 215).

I-70 closed in both directions.

A Winter Storm Warning was in effect for the central, northern mountain ranges. Heavy snow is expected through Wednesday afternoon.

In the southeast, we expected very dry and windy conditions with high fire danger. A Red Flag Warning was in effect for most of the day in those areas.

> Below: Weather conditions around the state.

An area of low pressure formed on the plains just east of Denver on Tuesday morning. The winds then turned upslope from the east and northeast while some moist dew points worked their way down from the north.

What is Severe Weather?

Lightning and heavy rain are not included, but often accompany severe thunderstorms.

With severe weather possible across Colorado this afternoon, it's a good time to refresh your knowledge! Do you know the definition for a severe thunderstorm? What about the difference between a watch and a warning? #cowx #WeatherSafety pic.twitter.com/IJhUMlck99

But you can find out if severe weather will be possible in your area long before the storms show up.

You will see a forecast graphic on 9NEWS throughout the severe weather season called the Severe Thunderstorm Risk Outlook. The first outlook of the year has been issued for Tuesday .

The shaded area shows you where severe storms are most likely to form.

And those areas will be shaded different colors.

Green is called a Marginal risk. That means the storms are expected to be isolated. Possibly just one or two thunderstorms. And they are likely to be at the lower end of the severe thunderstorm definition.

Yellow is called a slight risk. That means the storms could be scattered which is just a little more coverage than isolated. And they could be a little stronger.

Orange is called an enhanced risk. That’s when the storms are expected to be numerous and stronger.

Colorado rarely gets a moderate or high risk, but those categories include widespread storms at the highest levels of severe weather.

These outlooks are usually issued 24 to 48 hours in advance of severe weather. Bigger storms can be predicted three days in advance or more.

The product it put out by the Storm Prediction Center in Norman, Oklahoma and can also be found on their website. They call it the convective Outlook.