'I think I’m going to have to take the house down': Floodwater fills Red Cliff homes

A big concern is the gas lines which run under bridges in the small Eagle County town. If they wash out, so do the gas lines. 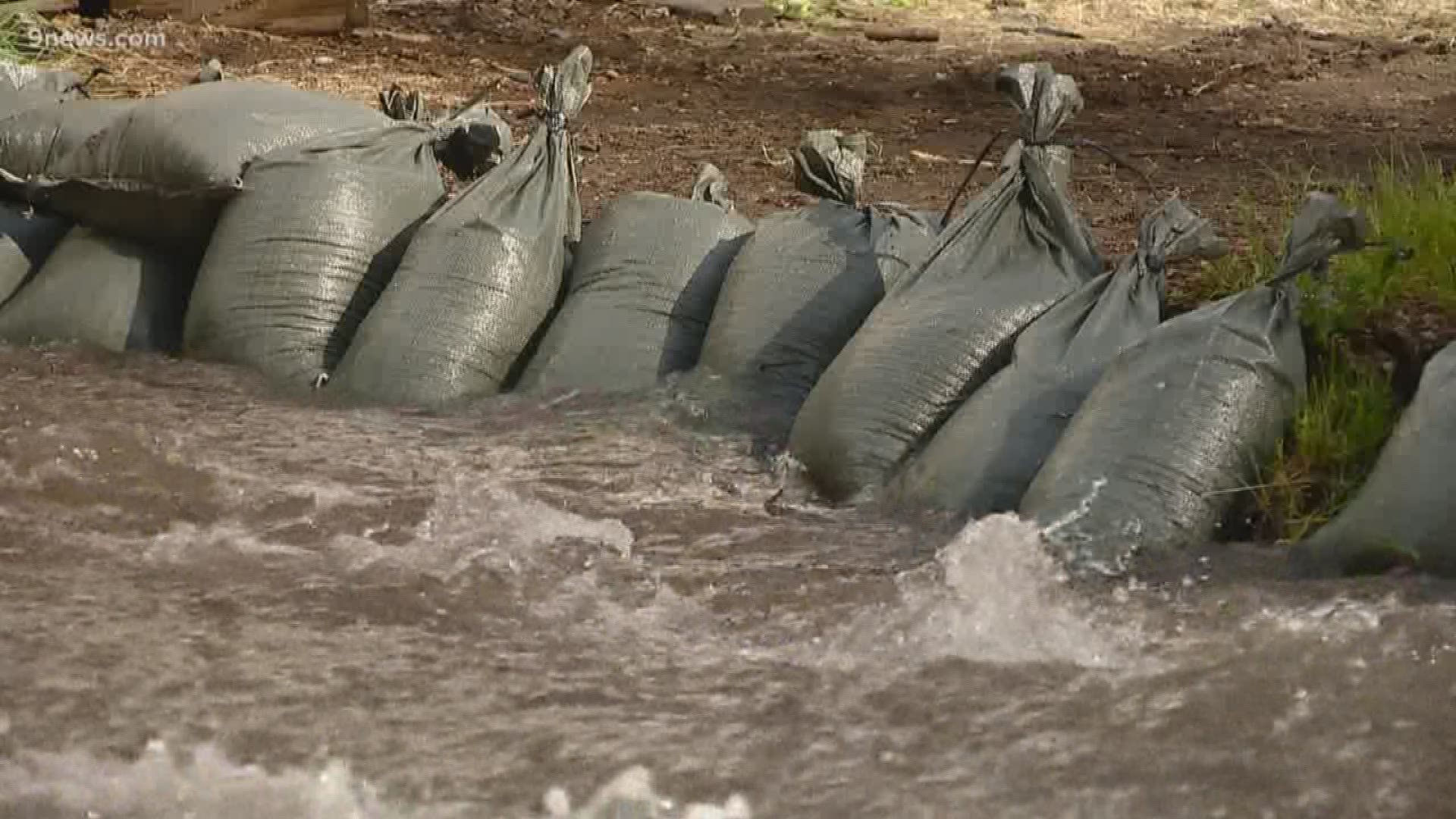 RED CLIFF, Colo. — Two homes have flooded and a bridge was nearly washed away by rising water from the Turkey Creek in the small town of Red Cliff.

Volunteers spent Sunday night into Monday morning filling sandbags along Turkey Creek which runs through the small town of Red Cliff in Eagle County about 9 miles south of Minturn.

In a tweet just before midnight Sunday, the county asked for volunteers to fill the sandbags. They asked anyone who could help to come to the Green Bridge Inn on Water Street.

All that wasn't enough to keep the water from creeping into at least two homes. One of them belongs to Billy Martinez. 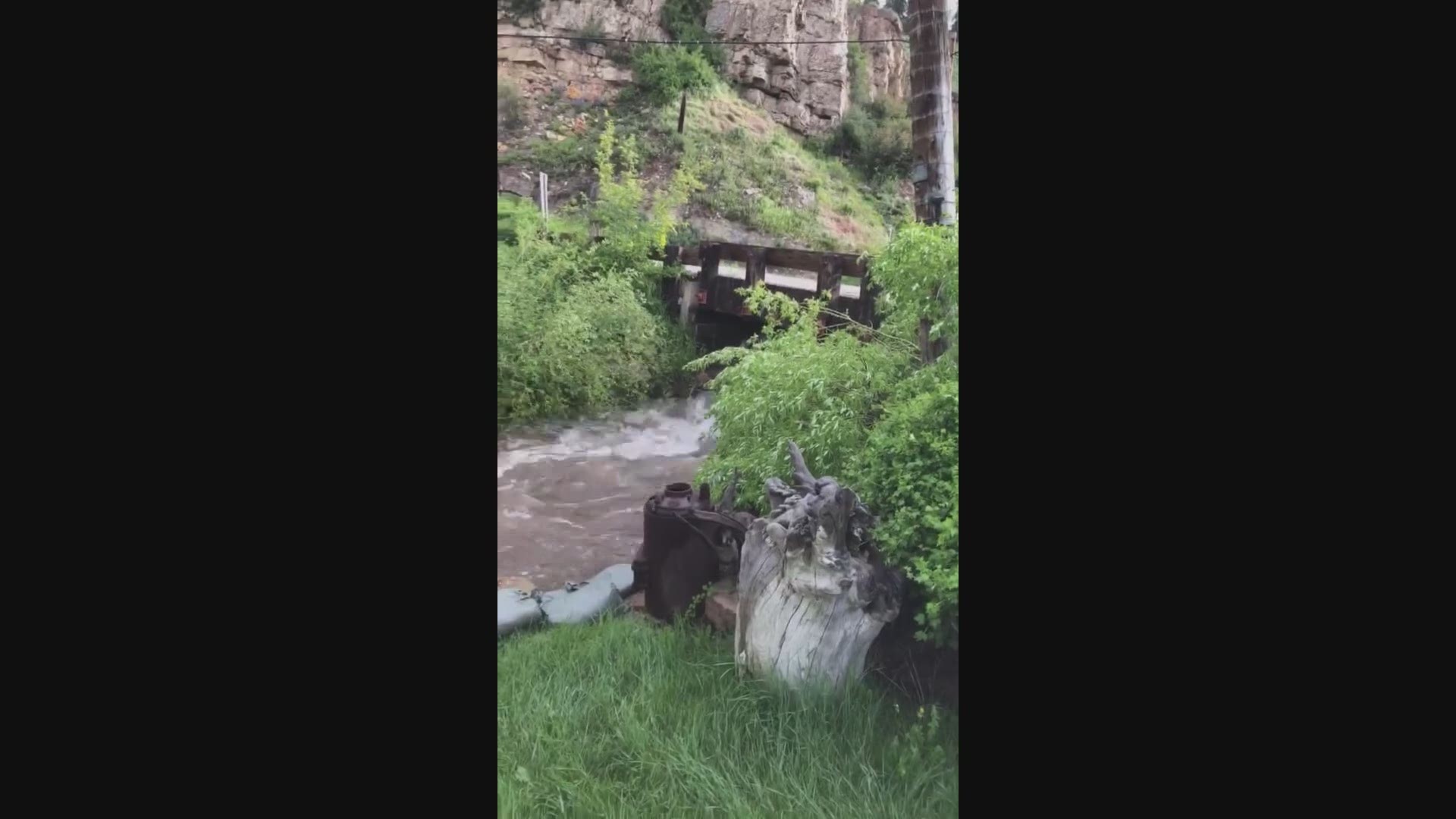 A mix of warm weather melting snow and then a lot of rain sent a lot of water into creeks and rivers.

"It's used to be a creek but it's pretty much a river these days," said Barb Smith with the Town of Red Cliff. "We also had the snow melt and the additional snowmelt from the rain. We've never seen anything like this, quite this bad, in at least the last 40 years."

One big worry is that in Red Cliff gas lines run under many of the bridges and if the bridges were to wash out so would the gas lines.

One bridge is sinking and in danger of washing away. Lenard Sandoval and several other residents helped save another bridge and gas line.

"The water started flowing over the bridge and we didn’t want to lose that because it would be a disaster," Sandoval said. "We had to remove a few trees and big stumps floating down the river."

Eagle County and Eagle River Fire helped with sand and sandbagging and Xcel is watching the gas lines. Everyone will be keeping a close eye on the water levels in the coming days. 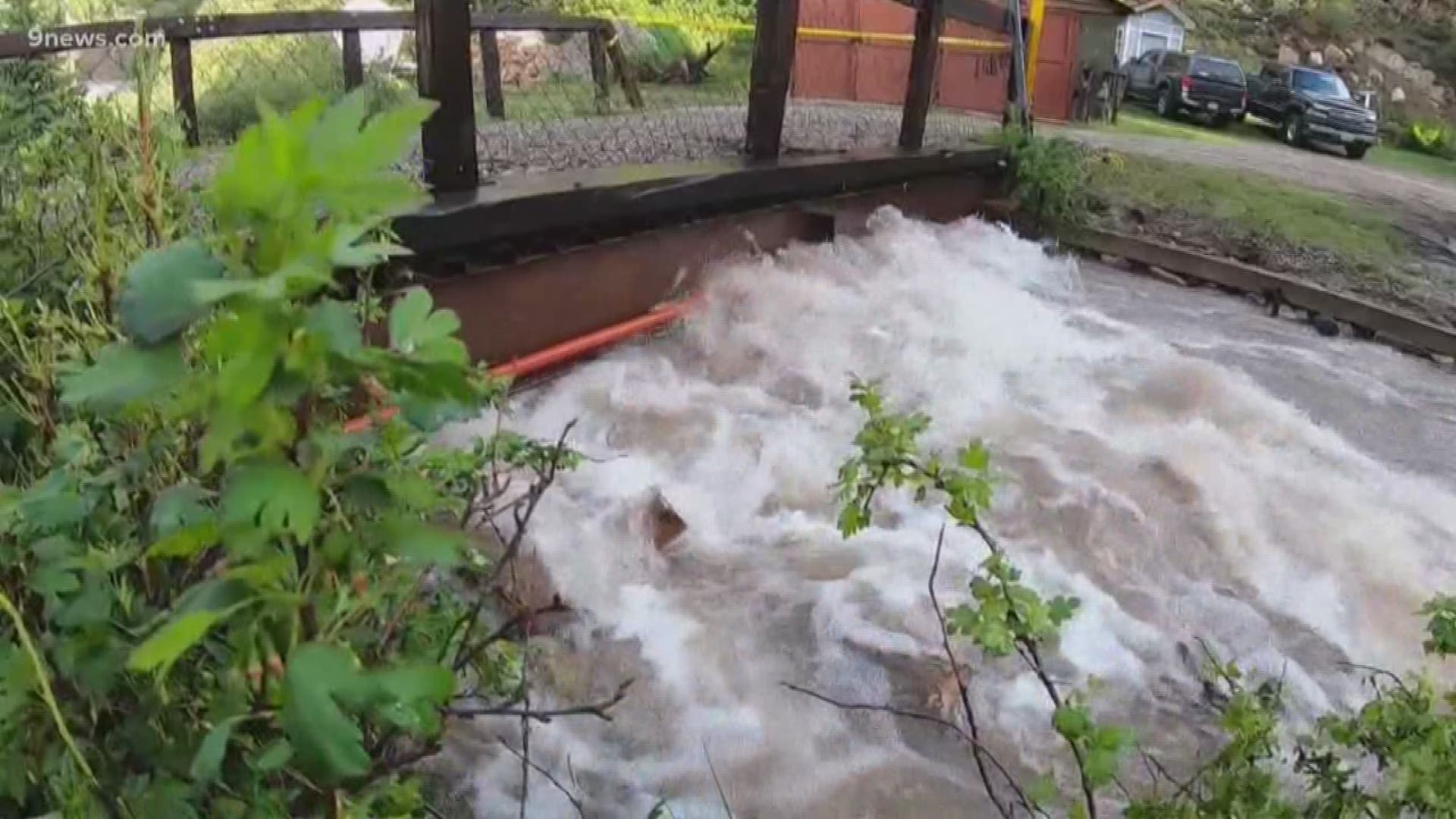 Early Monday afternoon, the county government put out a warning to residents that, rivers and creeks in Eagle County were running high and were full of large debris due to recent rain and snowmelt.

Anyone who sees large debris or things like blocked culverts or damaged bridges should contact Vail Public Safety Communications Center at 970-479-2201 in the Eagle Valley or the Pitkin County Regional Emergency Dispatch Center at 970-920-5310 in the Roaring Fork Valley.

Sandbag locations, flood maps, and other information can be found on the Eagle County website at www.eaglecounty.us/FloodPlanning.