The snow guns are out at Arapahoe Basin

With autumn less than two weeks away, A-Basin has snowmaking on its mind. 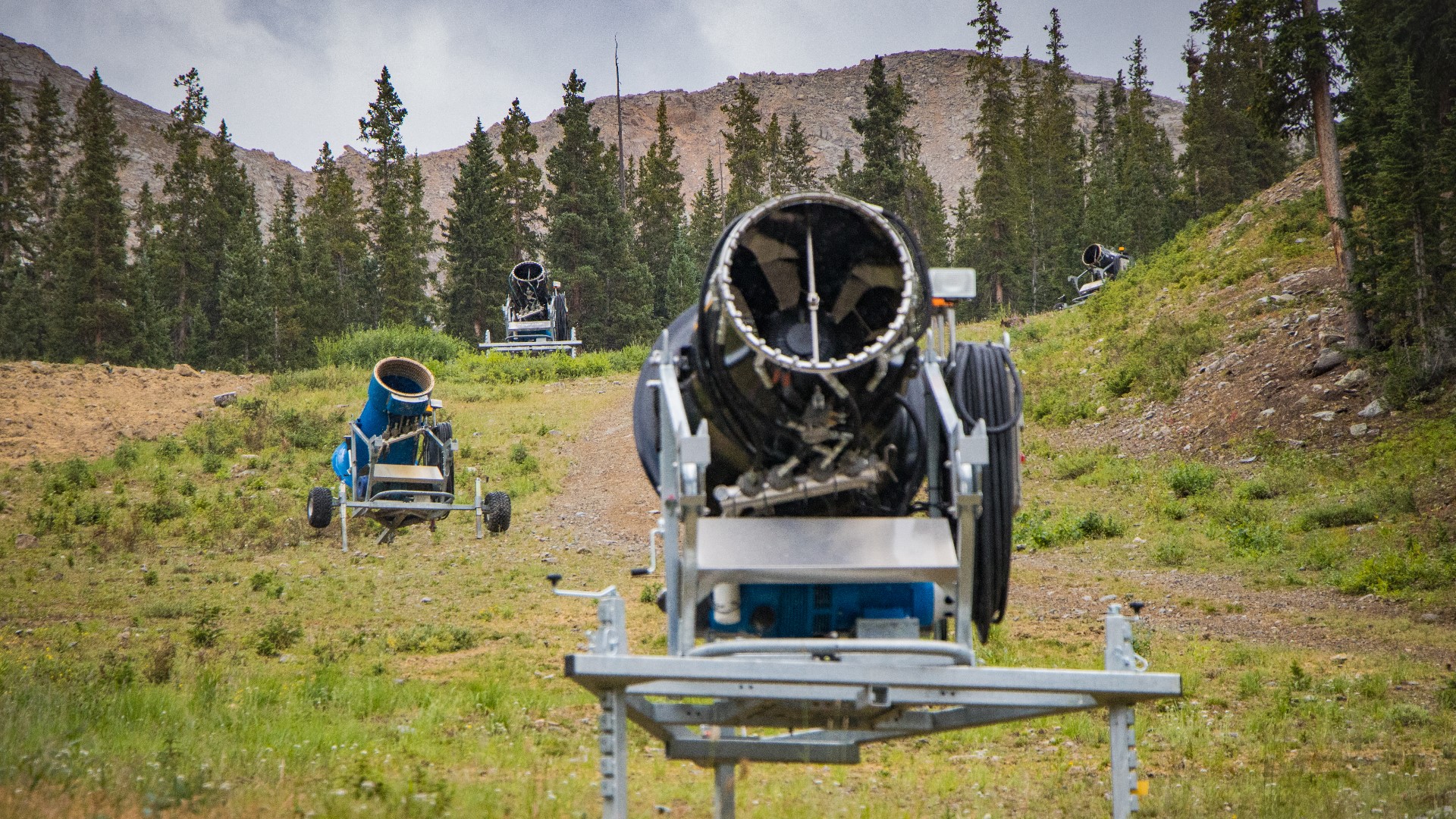 DILLON, Colo — It might still be summer, but ski season is just around the corner.

Arapahoe Basin is already thinking about snowmaking, having positioned their snow guns across the mountainside.

A-Basin says its snow guns will be tested in the coming days with the goal of opening in mid-October.

The earliest Arapahoe Basin has opened is October 9.

Arapahoe Basin Ski Resort is located 68 miles west of Denver in Summit County, Colorado. The resort has 125 snow-making acres and receives 350 inches of snowfall on average.

The resort, which often remains open into June, aims to have the longest ski and ride season in Colorado.

RELATED: Could this be Denver's hottest September ever recorded?

RELATED: Colorado fall colors guide: Where and when to see the best fall foliage