2021 storm tracks have not been favorable to western Colorado. 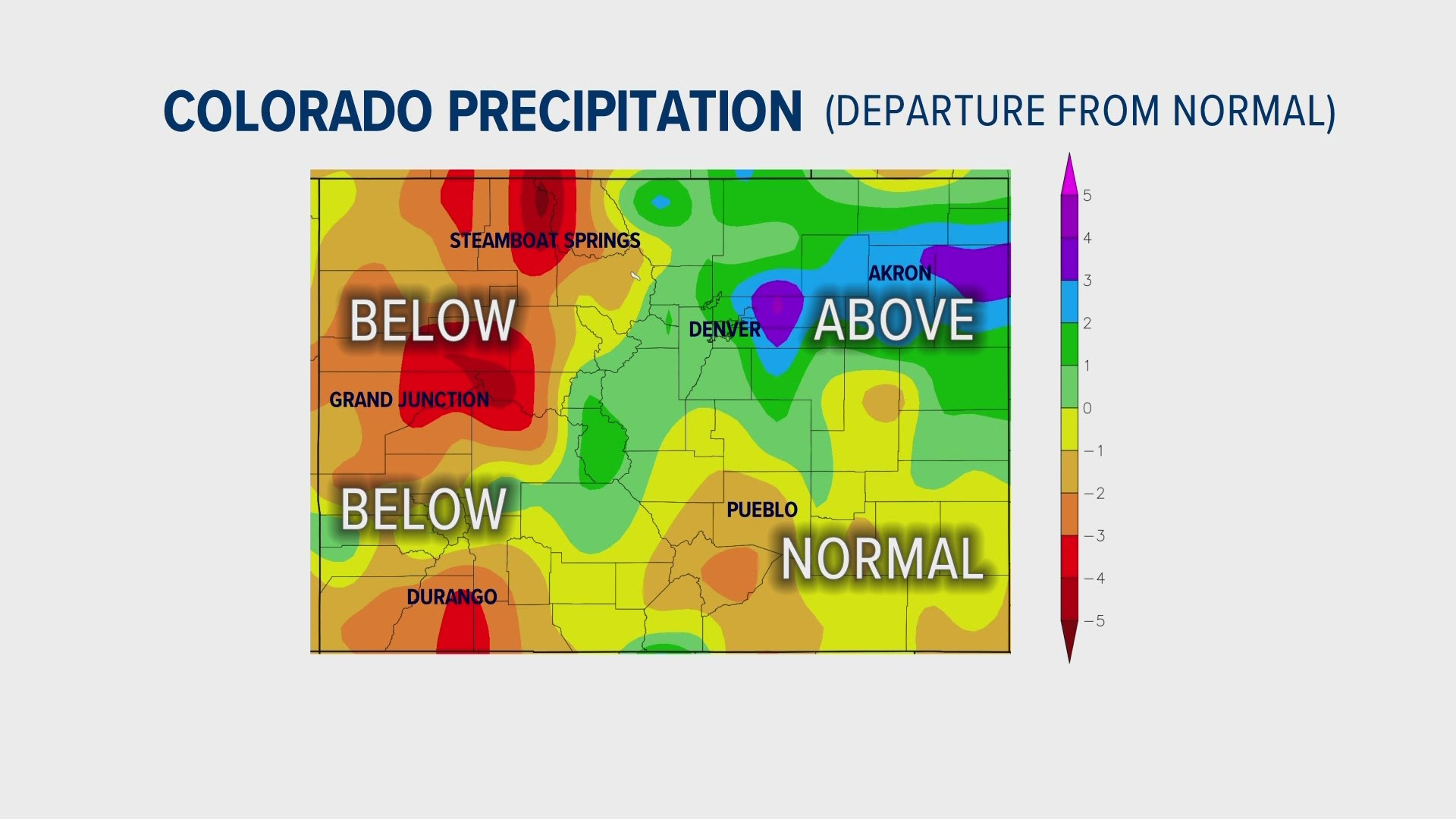 DENVER — The precipitation has been good on the Front Range since March, but statewide, the totals are lopsided with the western slope on the dry side.

Most of the areas east of the Continental Divide have had normal to above-normal precipitation over the past six months, while almost all of the western part of the state has been below average.

That precipitation is also reflected in the drought monitor. Northeast Colorado dropped the drought levels and even erased them in some places. While some parts of southeast Colorado are starting to reduce the levels there. The western slope continues to show exceptional (D4) and extreme (D3) drought.

If you live in the Denver metro area, you're probably thinking, "what #drought?!" Here's how April precipitation played out across the state, using the Standardized Precipitation Index. The northeast corner of the state (Denver area included) got some good moisture! pic.twitter.com/4Cxyz46FeJ

So how does the western part of the state stay so dry when the storms come from the west?

Well the storms have been just missing the state to the north or the south, which is actually quite favorable for precipitation in eastern Colorado.

The storms that have been going south have been strengthening when they get to New Mexico. When that happens, the counter-clockwise circulation pushes the winds and the moisture in from the east. In that case, the mountains block the snow and rain from reaching the western slope. Most of it gets dumped on the east half of the state.

Other storms have been going north and strengthening to the northeast of Colorado. That also presses the winds and moisture in from the east. Again, the mountains block the precipitation from getting over the Divide.

A good setup for western Colorado is for the jet stream to setup directly over the state. A pattern often called an atmospheric river. Coincidentally, that is not favorable for eastern Colorado because it brings mostly down sloping winds unless a strong leeside surface low forms.

We just haven’t had many of those over the last six months.