Meteorologists are calling the 2021 monsoon season the "super" monsoon. 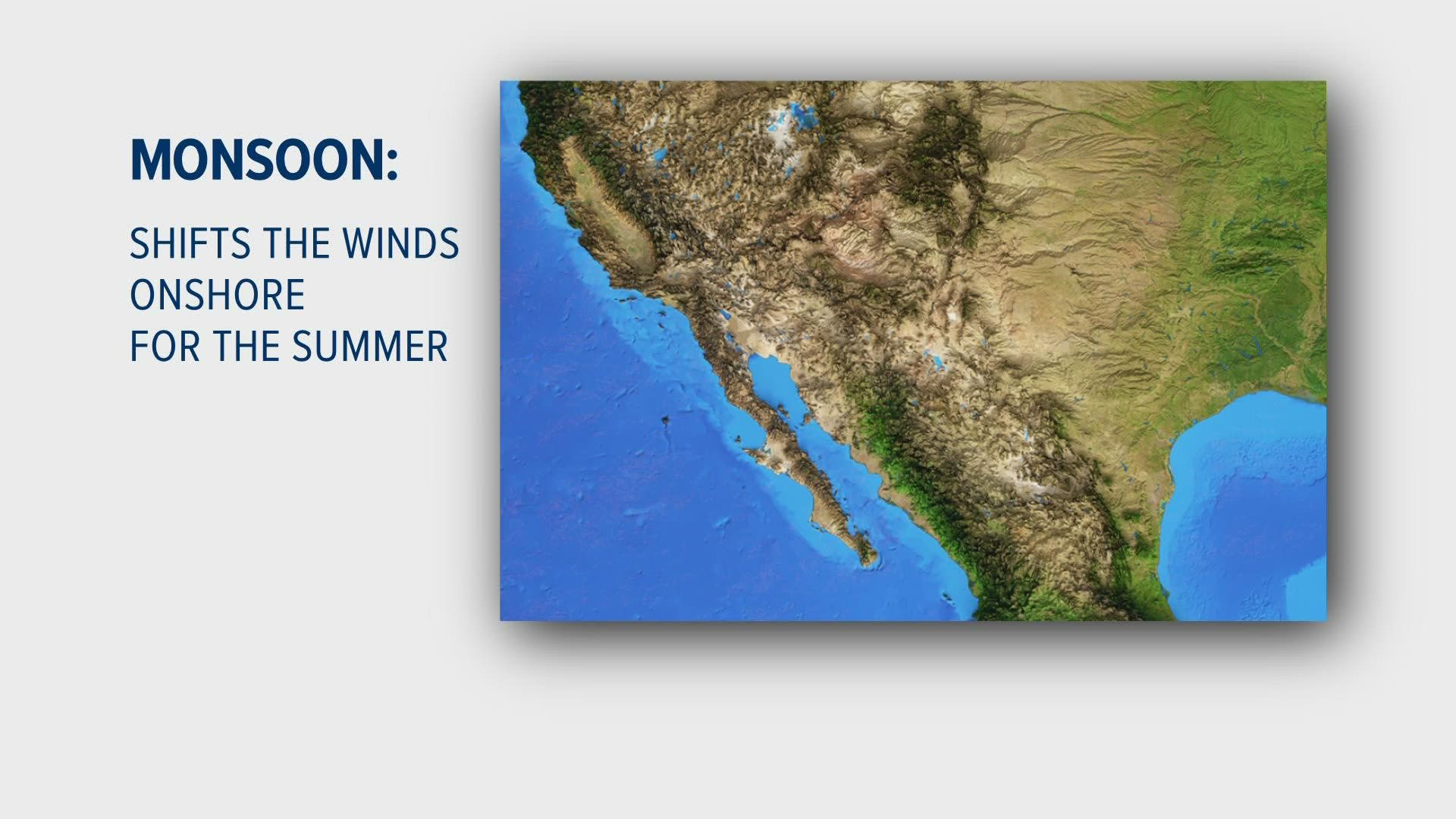 COLORADO, USA — Meteorologists are calling this summers monsoon the “super” monsoon because it has been much more active than normal.

The North American monsoon occurs every year, but it doesn’t always bring the rain with it. This summer, it came through in a big way for most areas, but in Colorado there have been mixed results.

A monsoon is a wind shift where the flow comes onshore. Like a sea breeze, except it lasts all summer instead of just part of one day. Monsoon season is from June 15 to Sept. 30.

At its source in the southwest, Tucson, Arizona has had the third-wettest monsoon on record with 11.86” of rain.

In Colorado, monsoon storms mainly stick to the sloped terrain of the mountains. Without any major storm systems to force thunderstorms to rise, they rely on upslope mechanics.

Totals published by the National Weather Service show 10 to 15 inches of rain in places like Mt. Evans, Pikes Peak, the Palmer Divide and the Sangre de Cristos.

Good rain coverage between 6 to 10 inches on the western slope have worked to reduce the drought levels.

The monsoon slowed a bit over the past week but is forecast to resurge in Arizona over the next 7-10 days. The moisture surges from the monsoon may be coming to a slow end through September, especially in Colorado.

Near normal precipitation is expected, according to the Climate Prediction Center.