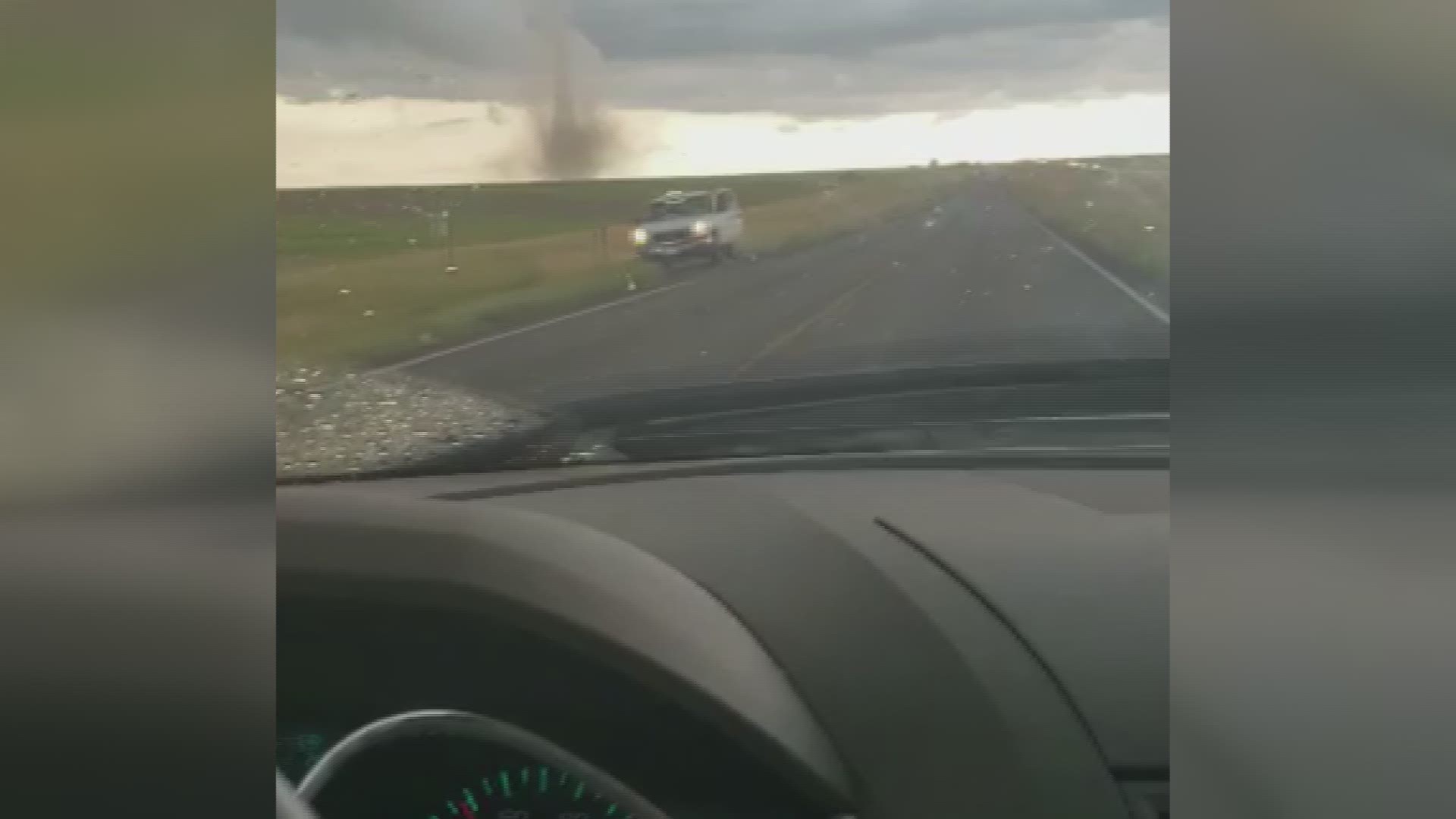 Jamie James was on her way home from Cheyenne, Wyoming around 2:45 in the afternoon.

"Coming back from doing some back-to-school shopping with my 8-year-old son Tyler," James said. "We saw some clouds to the north and we thought they looked like tornadoes forming."

She was right. A landspout tornado formed on the north side of Highway 30 near 145 Road just west of Burns, Wyoming.

"We just couldn't believe that we were looking at one right in our path," James said.

In the raw video, you can hear her debate with her son on which way it might be going. Unable to decide, James turned the car around and stopped on the side of the road.

She got out of the car to shoot some more video with her cell phone when a perfectly place lighting strike hit the ground just to the side of the tornado.

She watched the tornado cross Highway 30 and then Interstate 80, and start to dissipate. Another close lightning strike sent her scrambling back in the car. She and her son went safely on their way back home with a little thrill along the way.

"I think he liked it. Now, my daughter, Kodie might have been freaked out," James said.