How many 90-degree days does Denver see each year? 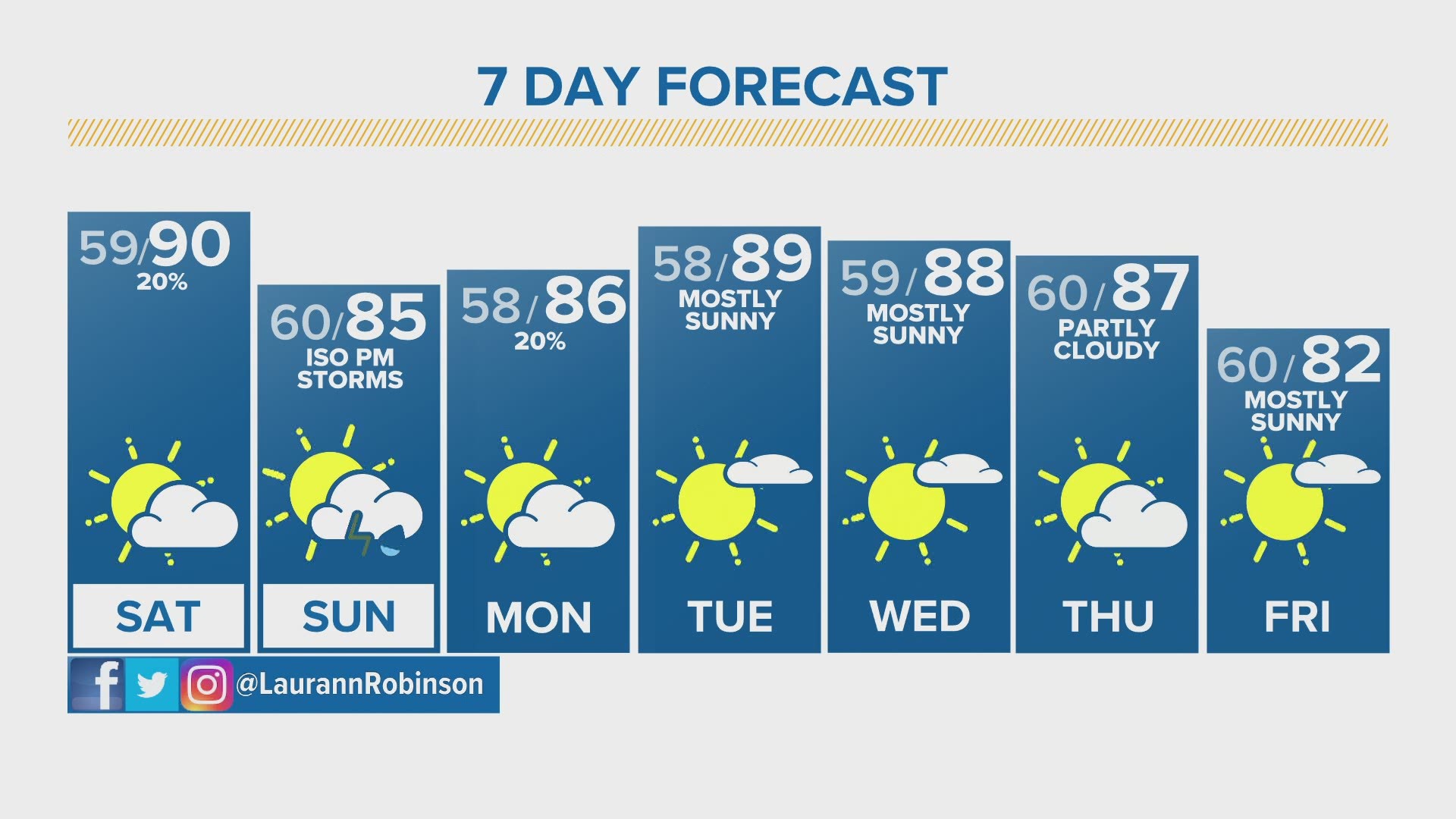 DENVER — With Denver's first 90-degree day of the year likely on Saturday, you just might be wondering how many 90-degree days the city averages each year, and how long they typically last.

For starters, if it does hit 90 on Saturday, it'd be pretty close to the city's average first 90-degree date, which falls on June 10.

Last year, though, Denver hit 90 degrees far earlier than usual, with an opening 90-degree date of May 19, roughly three weeks ahead of schedule.

Denver averages 44 days of 90-degree heat per year, though we've seen six straight years with a higher-than-average number of 90-degree days, and nine of the past 10.

And by the way, if you're curious, it looks like the heat isn't going anywhere anytime soon. We'll have a couple more chances for 90-degree heat next week, with the middle part of it looking particularly toasty.

Denver's average high for the first weekend of June, by the way, is right around 80 degrees.

RELATED: Double rainbows: The science behind the phenomenon