A storm chasing conference known as ChaserCon will have its final meeting after 22 years. 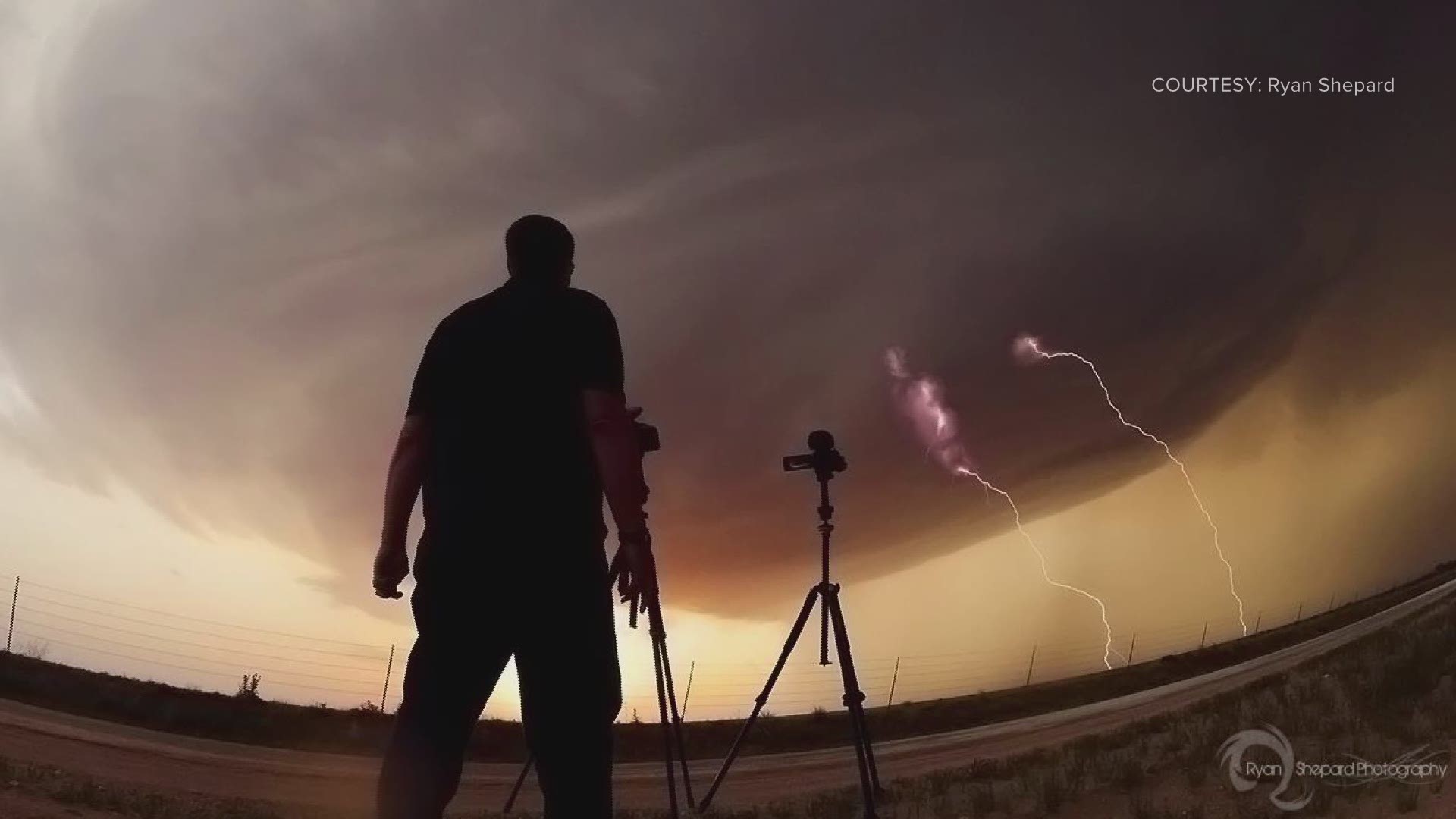 DENVER — Thunderstorms are huge. Sometimes they can be seen from more than 100 miles away, but most storm chasers are interested in seeing what happens near the updraft base.

That is the part of the storm that has incredible structure to the clouds, and it is also where funnels and tornadoes are most likely to happen. To see that part of the storm, you have to get close.

And that's the basis for storm chasing.

A storm chaser is a person who recognizes and admires the beauty in severe weather, which some consider to be dark and ominous. They love it so much, they will seek these storms out as much as they can.

He and his wife -- who is also a storm chaser -- organize a convention in Denver every year called ChaserCon. It started in 1998 because of their passion for storms, and now in its final year, the couple wants storm chasers to get back to their roots.

RELATED: Blog: The most impressive supercell I'd ever witnessed in person

Roger Hill says there is a unique passion that drives a person to follow a storm, but he feels some of that is being lost it today’s fast-paced world fueled by the need for social media gratification.

“Watch the storm develop, watch it mature, watch how it reacts with the countryside," he said. "Look at all the pretty colors around with the sun getting a low angle in the sky. And watch what colors the clouds turn.

"Just watch. Just watch with your eyes and not worry about a camera lens or anything else. Just get out and enjoy it.”

Caryn Hill said that storm chasing is not supposed to be fast-paced and stressful. It is supposed to slow down and alleviate the stress in your life.

More than 200 storm chasers have been attending this conference every year since 1998. It was held in Oklahoma City one year, and it was in Wichita in 2019, but every other year it's been held in Denver.

"We have it in January to re-energize chasers out who are usually dealing with storm deprivation syndrome by that time," Roger Hill said.

Roger created ChaserCon at his house in Bennett 22 years ago with another local Colorado chaser named Tim Samaras. Hill said he didn't really know Samaras too well until they started doing ChaserCon together. They grew to become close friends.

“Storm chasing is like a brotherhood,” Roger Hill said.

ChaserCon became their tradition, and something that other storm chasers looked forward to as winter weather winds down and heads toward the spring.

The ChaserCon tradition almost came to an end in 2013 when Samara was killed while launching a research probe into the El Reno tornado in Oklahoma.

“Caryn and I both knew that Tim would want ChaserCon to continue,” Roger Hill said.

So they’ve kept it going for several more years, but this Saturday they will tell the chaser community that they're closing the doors on ChaserCon for good.

“It’s really going to be hard to do it with a dry eye, it really will," Roger Hill said.

He said that organizing ChaserCon had become a full-time job for him and Caryn, who want to spend more time traveling the country together outside of storm season.

They also say they had taken a financial loss on the conference a few years.

The Hills own the trademark on the name ChaserCon and say they don't want anyone to take the reins and continue the tradition, but they said they would be thrilled to see someone start a similar event in the future.

There are only a limited amount of spots left in this final ChaserCon. You can try to register for one of those positions until midnight Wednesday, or show up at the Doubletree Hotel in Stapleton North at 7 a.m. Saturday to try to get in as a walk-in.

Those walk-ins will have to be denied if the capacity for the conference room has already been reached.