The Saharan dust has created incredible sunsets in Houston. 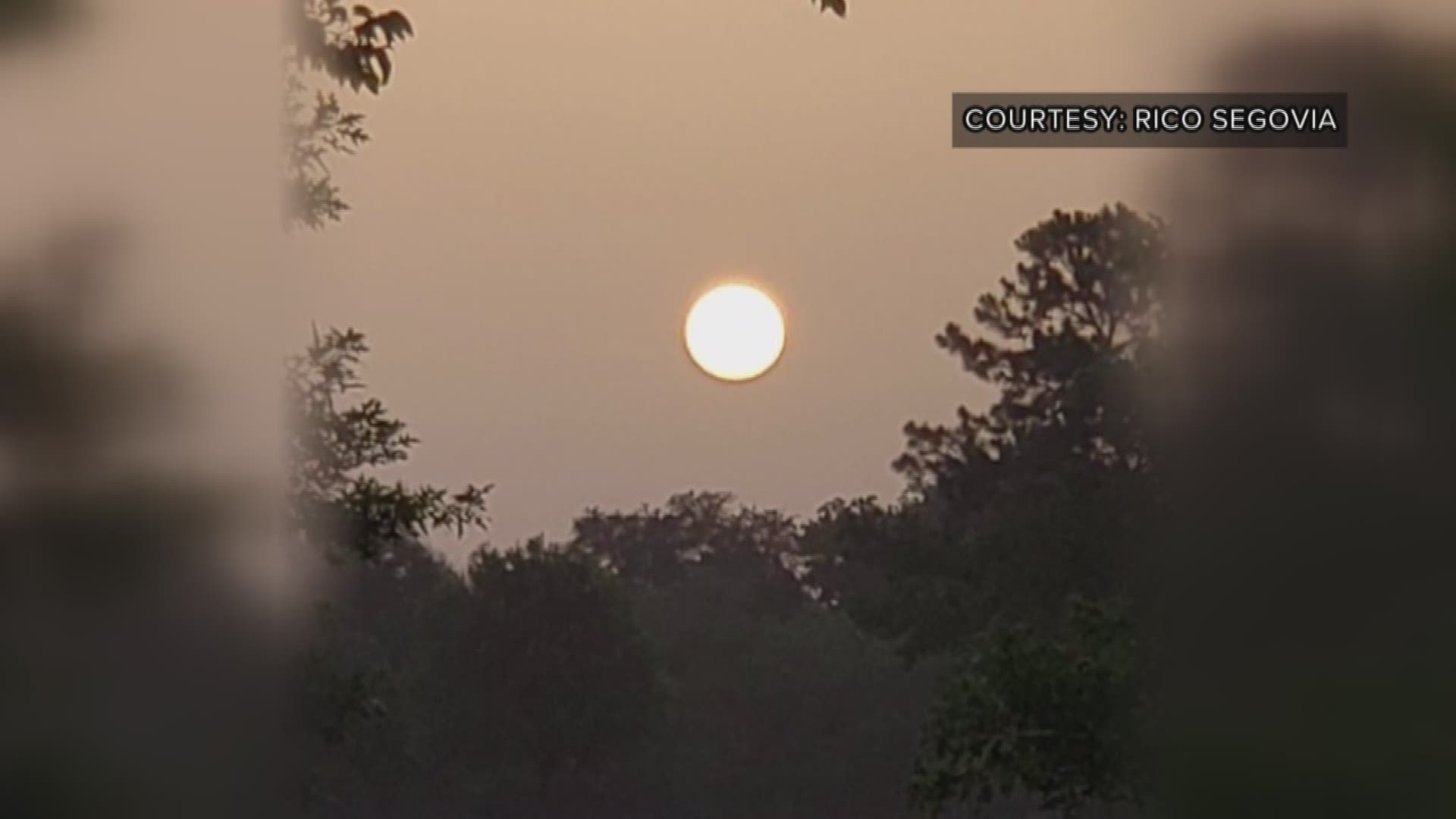 Dust from the Sahara Desert in Africa is getting blown more than 5,000 miles across the Atlantic Ocean to the U.S. -- possibly impacting the hurricane season.

What's known as the "Saharan Air Layer" can be seen via satellite.

Over the weekend, the winds were so strong that the dust blew all the way to Texas and the plains of eastern Colorado.

A detailed computer forecast graphic from NASA shows that a steady stream of dust is expected through the rest of the week. Three big plumes of another type of aerosol -- wildfire smoke -- is also clearly seen on NASA's map.

That smoke is emanating from the 416, Spring, and Weston Pass fires.

A very fine layer of African dust is getting mixed into the Colorado region, but it is not expected to impact our air quality beyond the fire smoke.

The dust has been very thick in Texas. Pictures from Houston on Saturday evening show the light from the setting sun almost completely blocked.

“It was probably churned up from a really big, strong group of thunderstorms over the Sahara, that got the dust churned up,” said tropical researcher Andrea Schumacher with the Cooperative Institute for Research in the Atmosphere at Colorado State University.

She said this is one of the bigger plumes of Saharan Dust we’ve seen in recent years, and will have at least a short-term impact on the hurricane season.

“Because it’s reflecting a lot of the sun’s rays that would normally be coming down to the surface, and warming the sea surface,” Schumacher said.

Warm sea surface temperature is one of the key ingredients to tropical storm development.

The fact that the dust is blowing so wildly is an indication that the east-west trade winds across the Atlantic are very strong, which Schumacher says also cools the sea surface by mixing up the ocean waters.

That could have a longer lasting effect.

“Because this is over the main development region, which is out in the Central Atlantic, and that’s where the majority of our August, September, October storms form,” Schumacher said.

CSU’s Tropical Meteorology Project announced Monday that they are reducing the forecasted number of Atlantic tropical storms to 11, with just four hurricanes -- which would be a below average season.

They cited cooler than normal sea-surface temperatures as the main reason for the reduction in the forecast.