6 days of snow in a row? That's almost a record for Denver

There were six consecutive days with measurable snow in Denver during an active weather pattern. 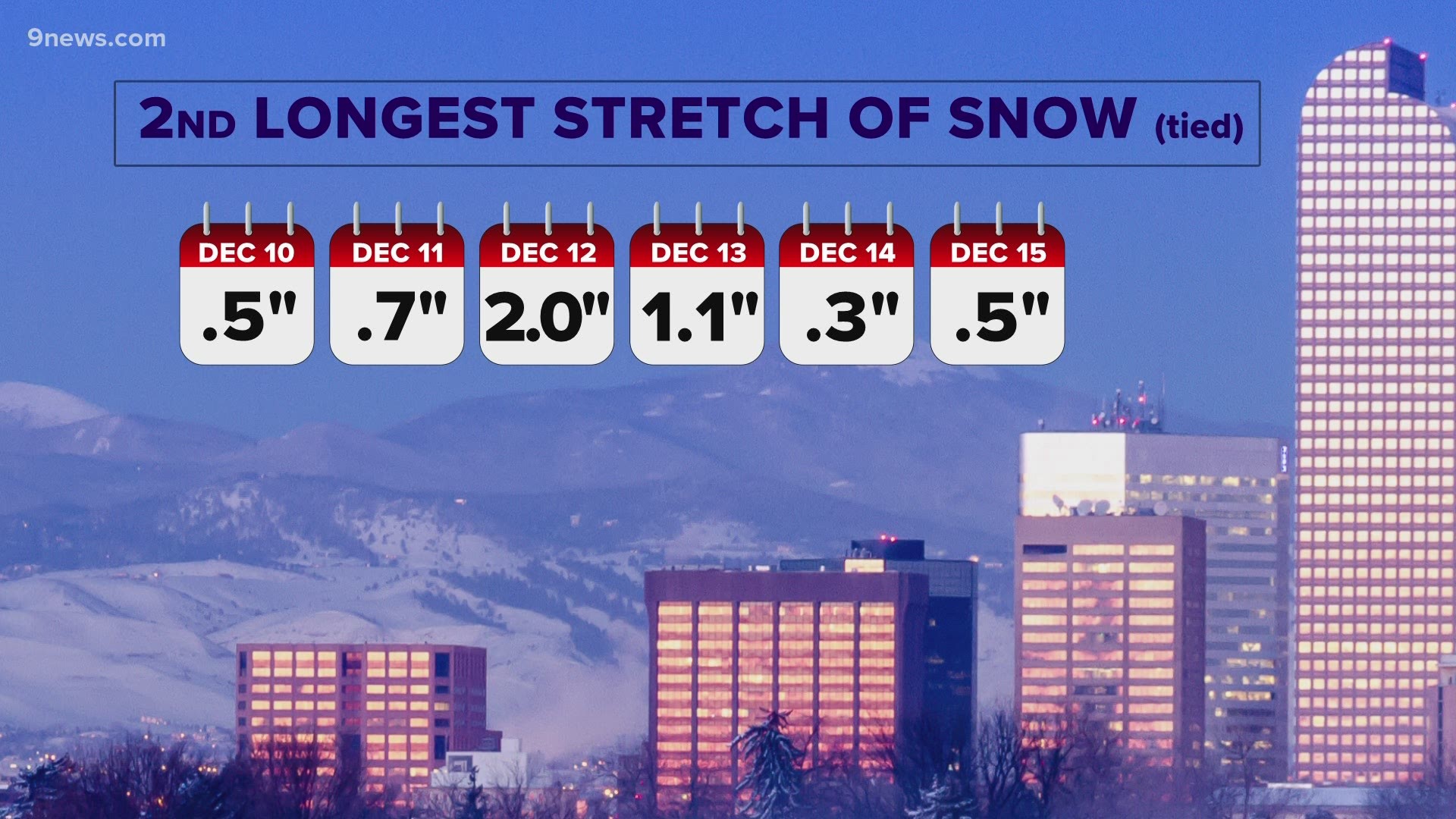 DENVER — There was no snow in Denver on Wednesday despite another storm system rolling through the state. That means a streak of six consecutive days with measurable snow in the Mile High city has come to an end very near a record.

The snow started to fall in Denver last Thursday night as the first of three consecutive storm systems moved into Colorado. Not much of the metro area picked up snow accumulation but the city's official weather station at Denver International Airport (DIA) did pick up a half-inch before midnight.

The bulk of the storm brought widespread snow across the Denver metro area on Friday and DIA got .7 inches that day.

Then another storm system moved in on Saturday. Denver got 2 inches that night, and 1.1 inches on Sunday morning.

The active weather pattern brought yet another storm to the state on Monday. There were .3 inches at DIA that night, and .5 inches on Tuesday morning.

That adds up to six consecutive days with measurable snow for Denver and that ties a record for the second-most active stretch of snow ever recorded in Denver – and our snow records here go back 138 years.

6 consecutive days of measureable snow at DIA tied the second longest streak in our history #9wx #COwx Most Denver metro stations only got some on 4 of 6 days. pic.twitter.com/HPhqiOOoU9

Because Denver's official weather station is at the airport several miles to the northeast of the city, these statistics may not necessarily represent the bulk of Denver’s population.

Most weather stations in the core part of the metro only recorded measurable snow on 4 of the 6 days.

Also, this stretch of weather may not have felt historic because the snow totals were pretty low for such an active period. Just 5.1 inches were measured at DIA.

RELATED: The darkest day of 2020 is coming; what to know about the winter solstice