A wind gust of 102 mph was recorded in the area overnight. 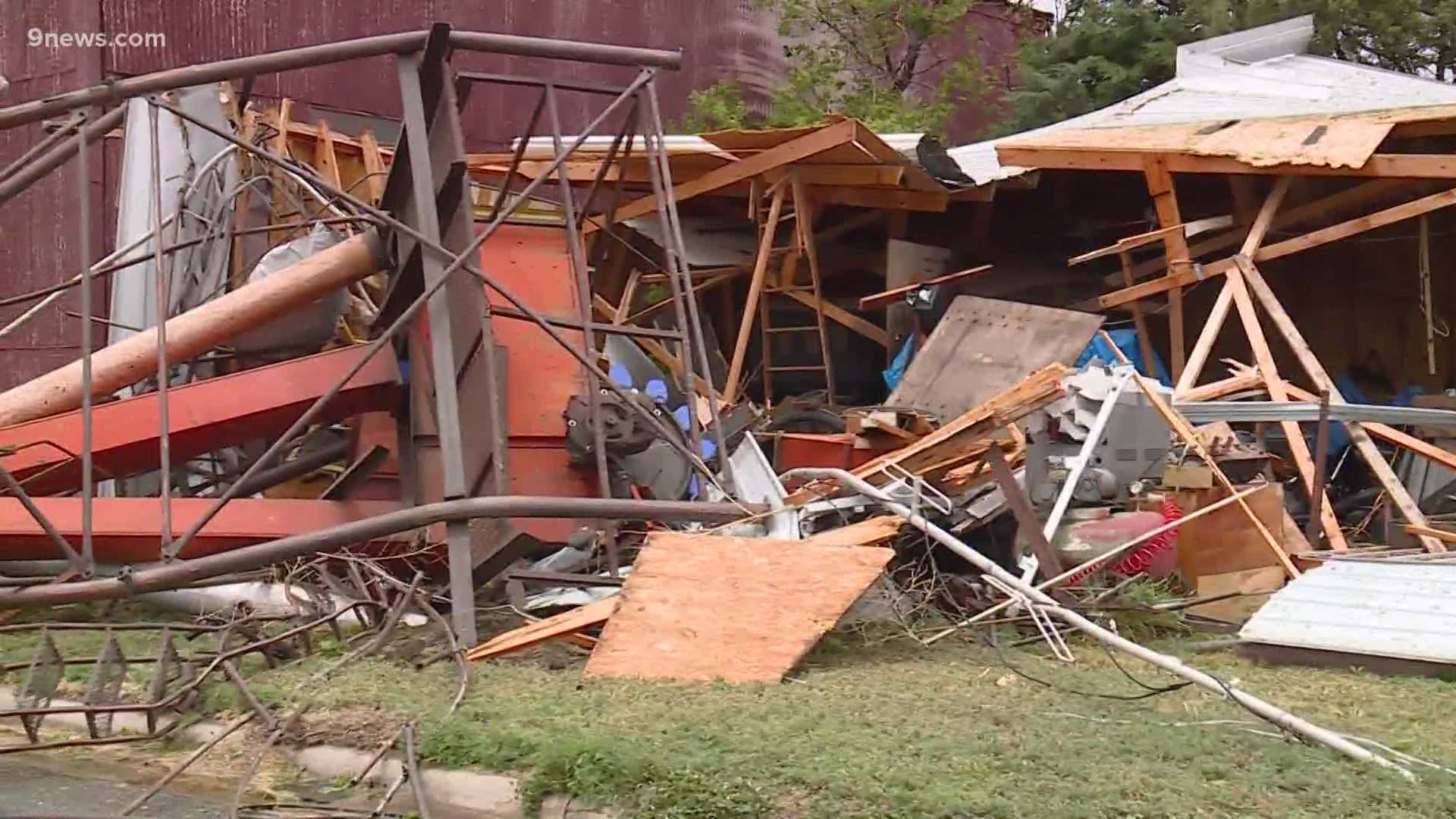 AKRON, Colo. — A wild week of weather in Colorado continued overnight on Monday along the Eastern Plains where strong winds caused extensive damage to the towns of Akron and Haxtun.

9NEWS Meteorologist Cory Reppenhagen said a straight-line wind event swept through the area at about midnight, causing wide-spread damage to homes and businesses in the towns located about a hundred miles east of Denver.

According to the National Weather Service, a wind gust of 102 mph was recorded in Akron during the overnight hours.

Reppenhagen counted at least ten roofs in Akron with significant damage. He also said farmers in the area have reported wheat crop losses due to hail damage from the storm.

Viewer photos from the storm showed toppled trees, downed power lines and damaged property to almost every block of Akron.

The thunderstorm also knocked out power to residents in the area for hours. It's unclear at this time exactly how much damage the storm caused.

Also on Monday, the Arapahoe County Sheriff's Office headquarters in Centennial suffered flooding and severe water damage, prompting a closure of the building until further notice.

Last night's storm comes on heels of a violent thunderstorm Saturday that slammed the Front Range.

During that storm, damage and severe thunderstorm wind gusts spanned more than 600 miles. It started in southeastern Utah and blasted all the way up to South Dakota.