Snow has smothered the wildfires for now, but there's a chance they will come back to life soon. 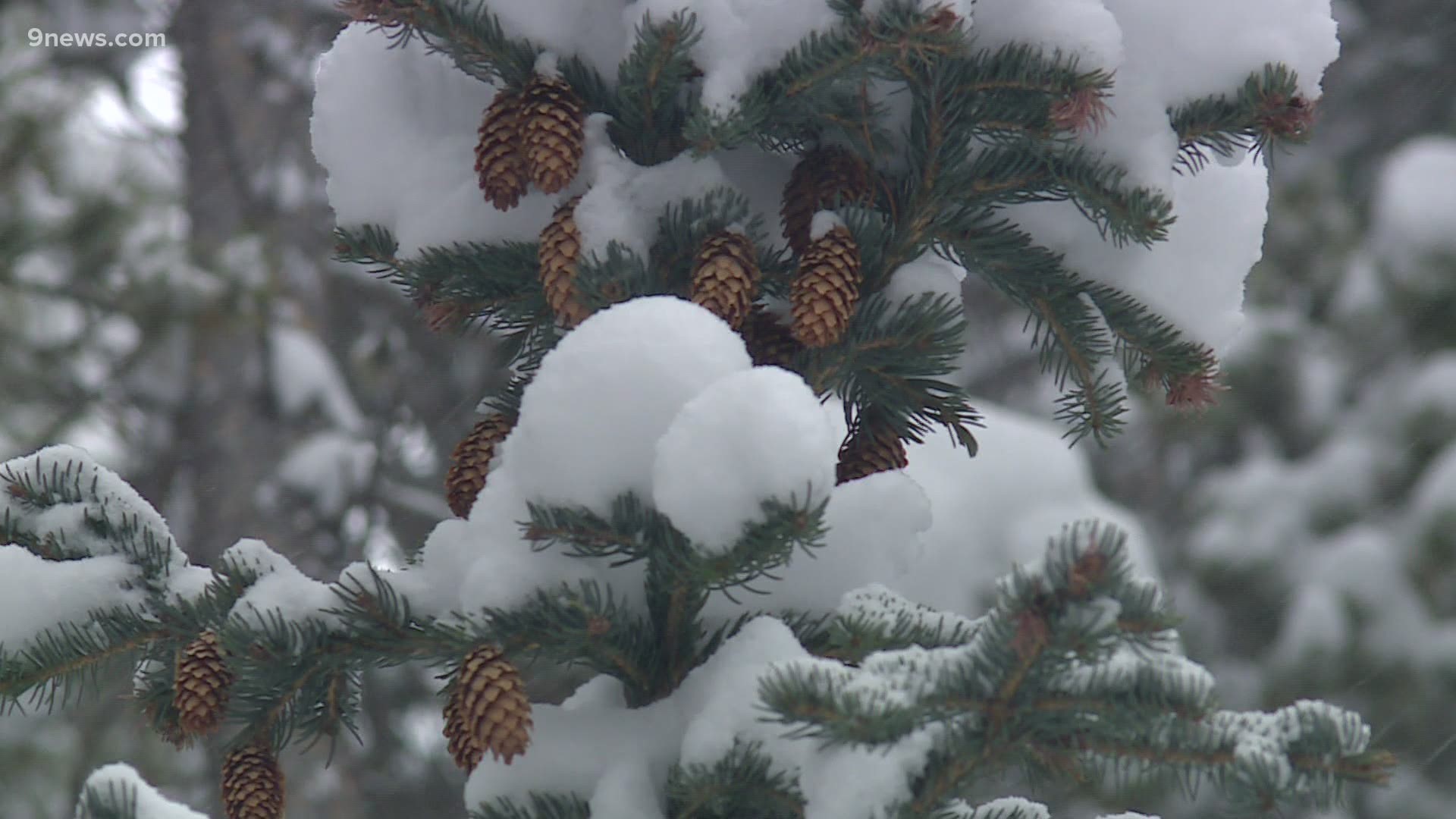 COLORADO, USA — A thick blanket of snow now covers all of the wildfires burning in Colorado.

Around the East Troublesome Fire, 6-12 inches fell and the Cameron Peak Fire saw 1-2 feet of snow.

RELATED: Here are the latest snow totals from the weekend storm

“The fire activity is pretty much put out in terms of flames, but the heat is still there under the snow," said Cass Cairns a public information officer assigned to the Cameron Peak Fire.

She said there was so much snow on the ground Monday that there was really nothing firefighters could do except patrol the fire line in search of hot spots and access points that they could use when the snow starts to melt.

“So this is giving them a great opportunity to rest reenergize before they go back out again,” said Cairns.

It's a much-needed break for firefighters that have been working 14-day shifts since Cameron Peak's first flame in mid-August.

Cairns said firefighters will be back on the front lines of the fire again Tuesday as the snow slowly starts to melt.

“Their key focus is going to be on structure protection," said Cairns. "And also reinforcing lines, and assessing other places for contingency lines where we could have the highest probability for success in keeping that fire from spreading any further.”

Cairns said that fire commanders are expecting at least four or five days with no fire activity. She said the snow can provide some insulation for the heat now trapped underneath.

While there is a chance that hotspots will be all that remains once the snow melts, Cairns said a forecast for dry air and wind next week could still bring Cameron Peak back to life.