Blizzards, tornadoes and wildfires: 2018 was a wild year for weather in Colorado

"If you don’t like the weather, wait a couple minutes and it will change.” There's no place that phrase applies to more than in Colorado. Here are some highlights from 2018 to prove it.

The start of 2019 has us looking back on the previous year's weather for a possible guide to what to expect in the next 12 months.

Below is a month-by-month recap of Colorado weather.

Snow filled the sky in the Denver metro on the last day of December. It wasn’t much, and it was the only measurable snow for the entire month, leaving Denver with its fourth-least snowy month on record.

Despite closing out the month with six days in a row of below average temperatures, Denver finished December 2.5 degrees warmer than average.

Snow dominated the weather chatter in November, but not on the Front Range. The Colorado high country got hit with several massive and frequent snow storms.

Headlines like these spread to a public hungry for snow after one of the worst ski seasons ever in 2017-18:

"Earliest opening of the Imperial Superchair at Breckenridge"

For the second year in a row, a powerful October snowstorm graced the Denver area with early snow. It triggered thoughts of a possible snowy season ahead, but that 2.7 inches on Oct. 14 remains Denver’s biggest storm of the season by the close of 2018. It cleared out just before the Broncos lost to the Los Angeles Rams at home.

The next day on Oct. 14, Denver broke a record low with a temperature of 18 degrees. Several other locations in northeastern Colorado hit record cold as well.

It was record warmth in September. Denver broke record highs on back to back days - the 13th and 14th.

Persistent drought brought on a slightly early start and peak to our fall colors, but the Colorado gold was just as stunning as ever. Apples, peaches and melons seemed to like the warm dry summer, yielding near-record crops. 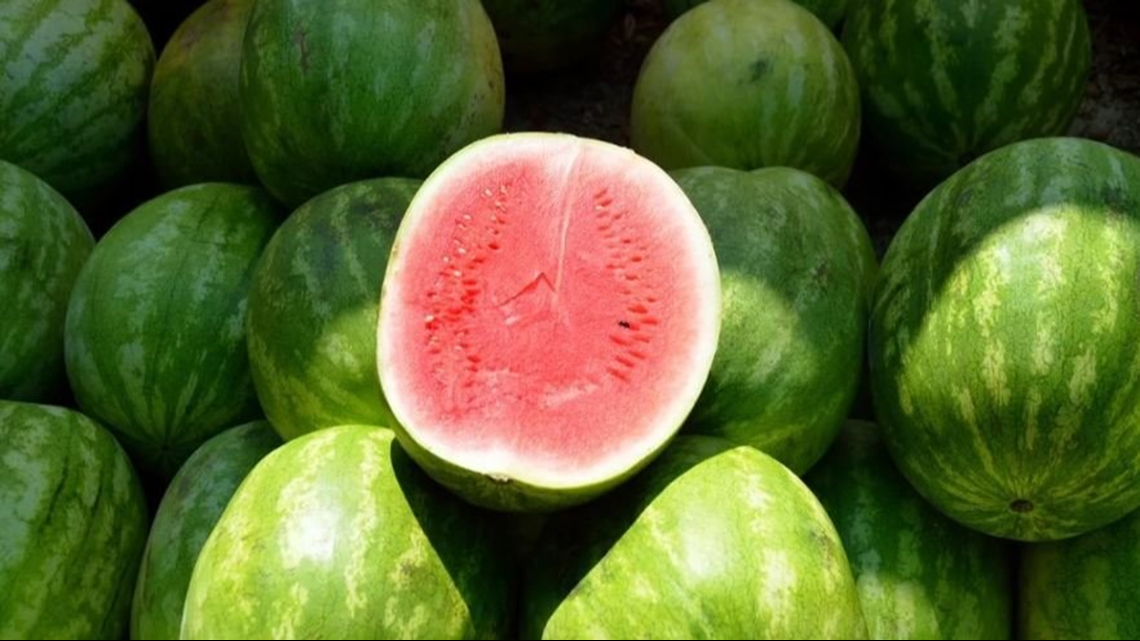 August was a month of transition in Colorado. Severe weather drew near an end, but hail still accumulated like snow on the streets, and the stones were sometimes big. The Cheyenne Mountain Zoo got hit with hail bigger than baseballs on August 6.

Colorado usually sees its first snow in the mountains in August. In 2018, it was on August 17. 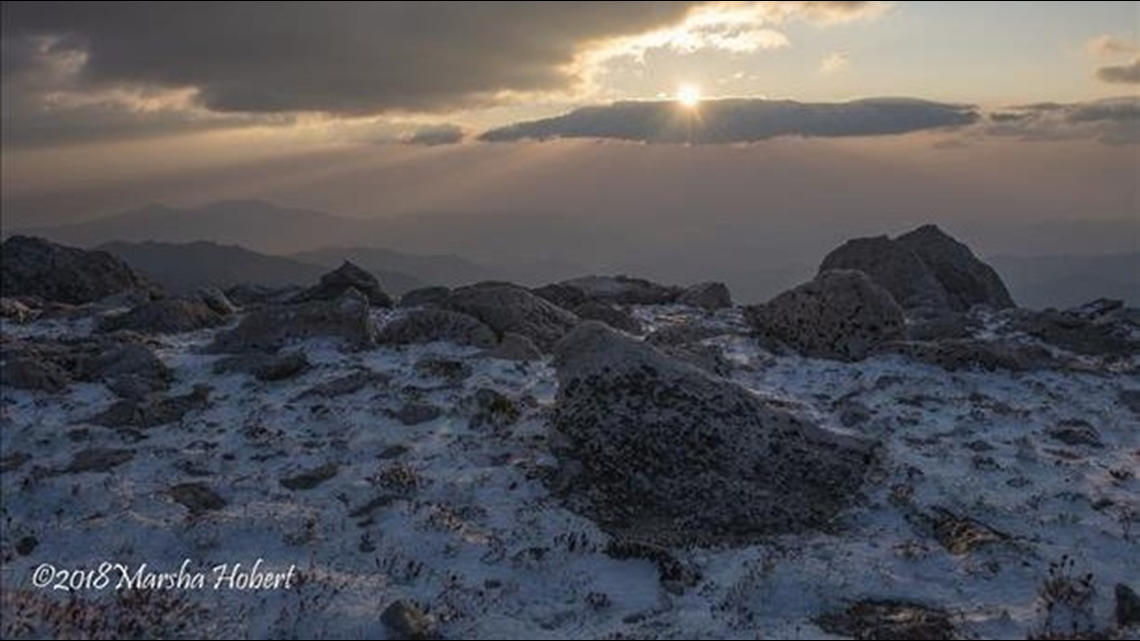 Is winter coming to Colorado early?
KUSA - The first dusting of snow was visible on the high mountain peaks on Friday. This always stirs up a bit of excitement, but combine that with a record low temperature of 46 degrees in Denver Monday morning, and people are really starting to wonder if winter is coming early.

The southwest monsoon started to activate, and in Colorado that means heavy rain, wind and tornadoes. Brush got hit with two EF-2 tornadoes on July 29.

Two days earlier, a pair of tornadoes hit east Arapahoe County and another was spotted in Elbert County. 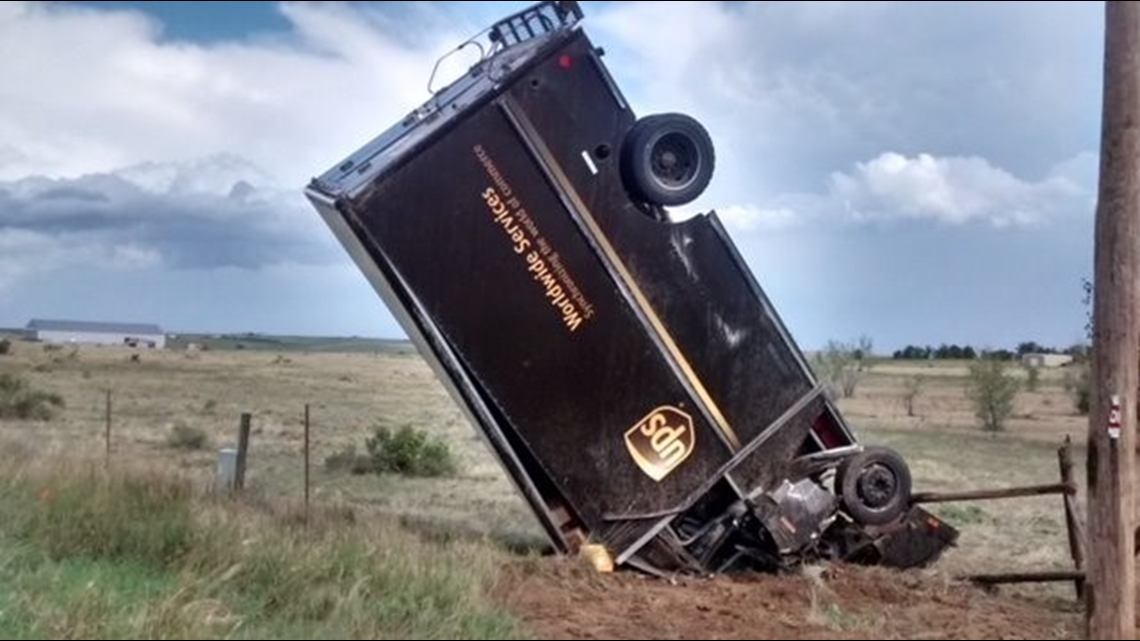 UPS truck lands on its hood after Byers tornado
Witnesses said a UPS truck landed on its hood after a tornado touched down near Byers Friday afternoon. The UPS driver was taken to the hospital, but did not suffer major injuries, according to Colorado State Patrol. The confirmed tornado also damaged the roof of a home near County Road 181 and County 38 in Byers.

On the first day of June, the 416 Fire ignited in southwest Colorado. It was just the first of many wildfires that would burn the second-most ground in Colorado history.

The Spring Creek Fire, the second-largest individual fire in Colorado history, sprang up on June 27. The damaging Weston Pass fire started the next day.

May is the traditional start of severe weather season in Colorado, and supercell thunderstorms were spotted marching across the plains once again this year.

Colorado weather produces 50 tornadoes a year on average. 2018 would only sprout 25 of them, but 14 of those hit on the same day - Memorial Day - including twin tornadoes in Kit Carson County witnessed by a family at close range. 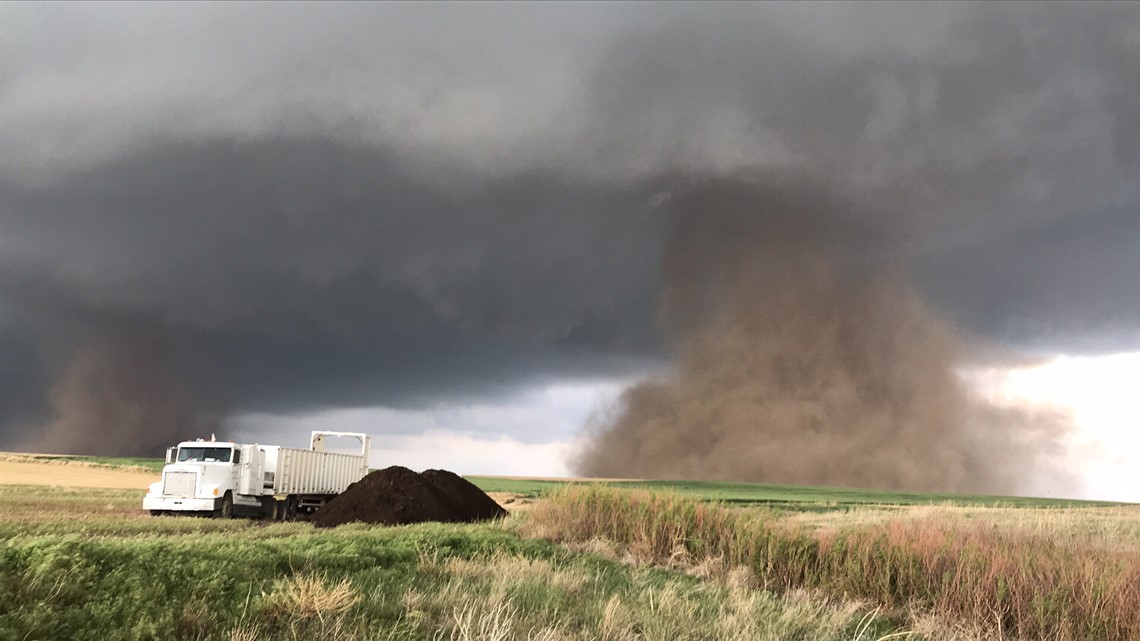 These Coloradans saw twin tornadoes at close range
Severe weather on Memorial Day sparked 14 tornadoes across four Colorado counties, and a few residents got some close encounters with those twisters. Aaron Brown and his girlfriend Martha Carrasco, sell compost off their Washington County farm and were making a delivery with Martha's two teenage daughters to Kit Carson County on Monday.

The southwest Colorado drought was first elevated to the "exceptional" level on April 17, a standing that will hold all the way into 2019. 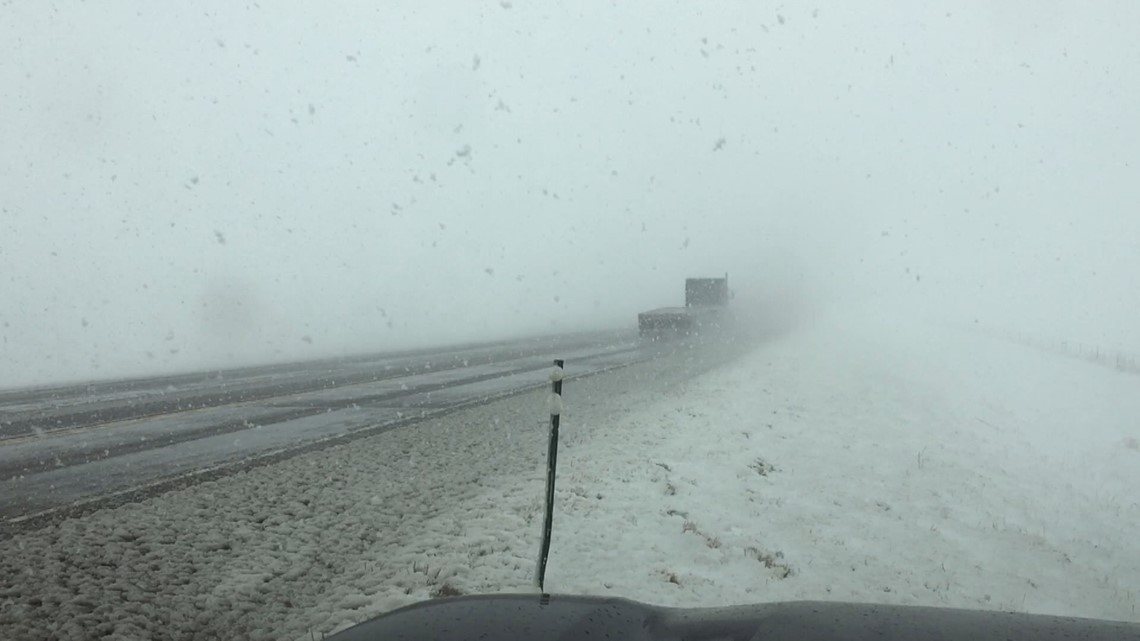 Stormchasers notebook on Friday the 13th blizzard
Meteorologist Cory Reppenhagen traveled out to Washington County during last Friday's powerful blizzard. Here's a timeline and blog of what he saw. 7:30 a.m. - I loaded into the 9NEWS Weather Titan, and got an early start. My target was I-76 between Brush and Julesburg.

March is typically the snowiest month of the year for the Colorado Front Range, but 2018 left Denver with just 4.8 inches, its fifth-lowest all-time.

Colorado at 54 percent snowpack; lowest in 37 years
Outside of this year, 1981 was the slowest start to Colorado's snow season when the statewide snowpack was at 46 percent. The U.S. Department of Agriculture says we're not very far ahead this year as we're at 54 percent. The northern mountains are doing OK.

January and February were just as unimpressive snow-wise. Denver finished the snow season with the fifth-lowest total in history with just 25.7 inches of snow.

Snow in the high country was poor last winter too, with some of the lowest snowpack levels in recorded history.