Boulder is only 9 inches short of moving into the top spot for snowiest season. 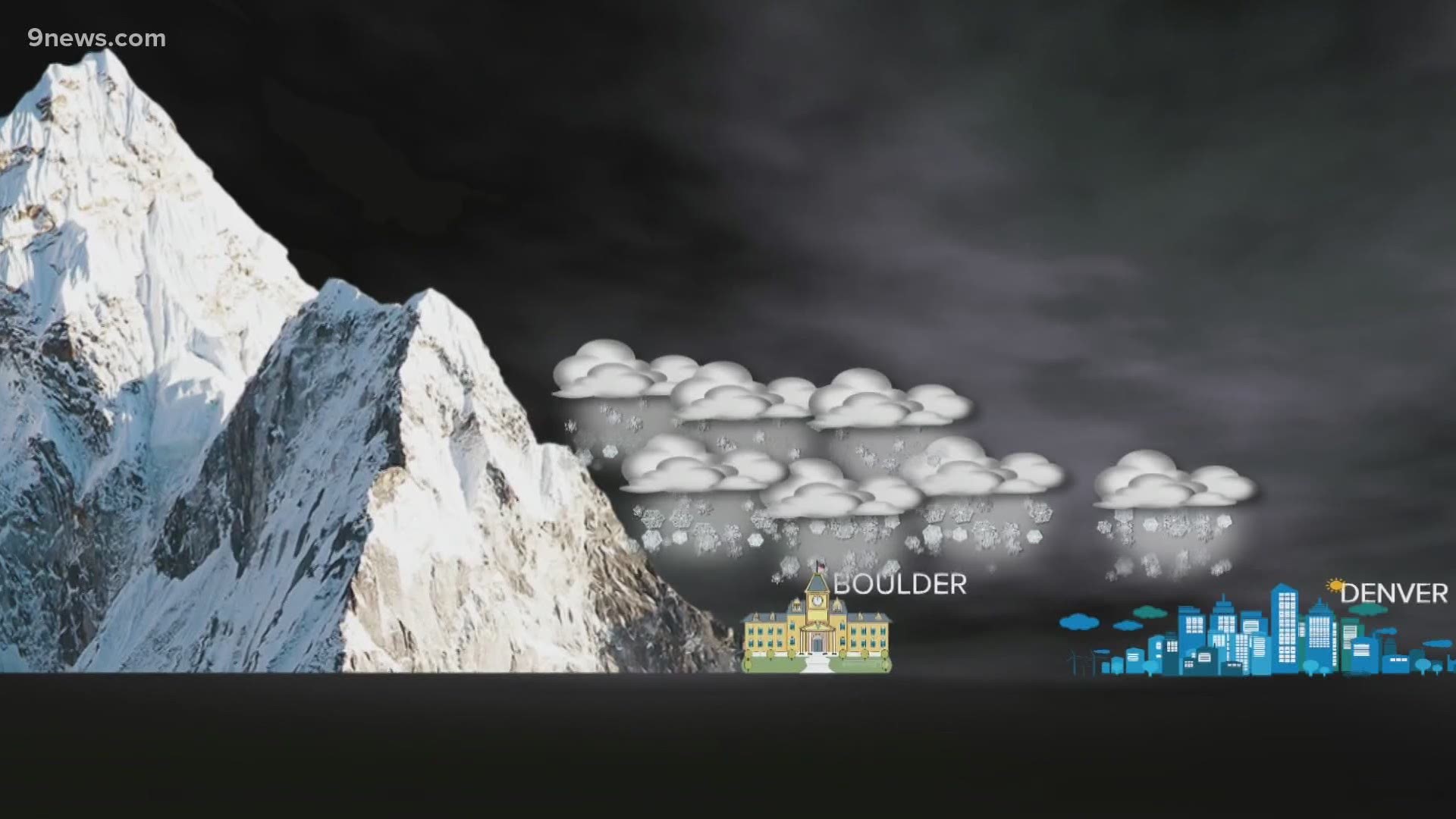 BOULDER, Colo. — Boulder's official climate station measured 18.7 inches of snow with this last storm event, bringing the season total there up to 134.3 inches.

RELATED: Snow totals: Here's how much has fallen around Colorado

That’s the fifth-highest total in 126 years of records.

The top spot was set back in 1909 when Boulder measured 143.2 inches. So that means that just 9 more inches are needed to top the snowiest season they’ve ever had.

The forecast for the next storm is calling for 6 to 8 inches there. The most-likely total is 6 inches, but that area has exceeded the highest probability on several occasions this season, so there's a good chance they get that record by the end of the week.

If not, there is still plenty of snow season left, historically speaking. The long-range computer models are showing a chance for snow in Boulder in the middle of next week. The city also gets 2.6 inches of snow in May, on average.

Denver, on the other hand, has not even hit their average snowfall for the season yet. The long-term average for the season is 57.1 inches, and the current season total is 55.7 inches.

The reason for the high numbers in Boulder this season is an unusually high number of storm events with a weather setup called upslope.

It's a weather term that is so important to Boulder, and so famous there, that even one of the city's most popular microbreweries bears the name Upslope.

“I thought that would be a good word to hang our hat on," said Matt Cutter, founder and president of Upslope Brewing Company. “Everyone here knows about it. The weather turns around. Instead of going west to east, it goes east to west.”

Looks like Cutter knows his weather as well as his brews.

Upslope is when the wind gets turned around and comes from the east. From that direction, it runs into the Front Range foothills and is forced to rise up the slope. When air rises, the water vapor in it cools, condenses and forms precipitation. The result is heavy and focused snow right along the windward side of the foothills. Which is right where Boulder sits.

The farther away from the foothills, the less benefit there is from upslope snow. At DIA, where Denver’s weather station is located, there is practically no benefit from upslope.

Those big snow totals play right into the hands of local beer makers.

"Just look on the back of any of our beer cans," said Cutter. "The number one ingredient is snowmelt. This is phenomenal water that we have right at the base of the mountains.”

Besides the high amount of upslope winds with this season's snowstorms, Boulder has also lucked into a few well-placed jet streaks that enhance the lift of air even further. That was again the case with the Easter storm cycle.