Flood waters washed out roads and reached the sides of homes on Sunday. On Monday, residents laid out sandbags to protect their homes. 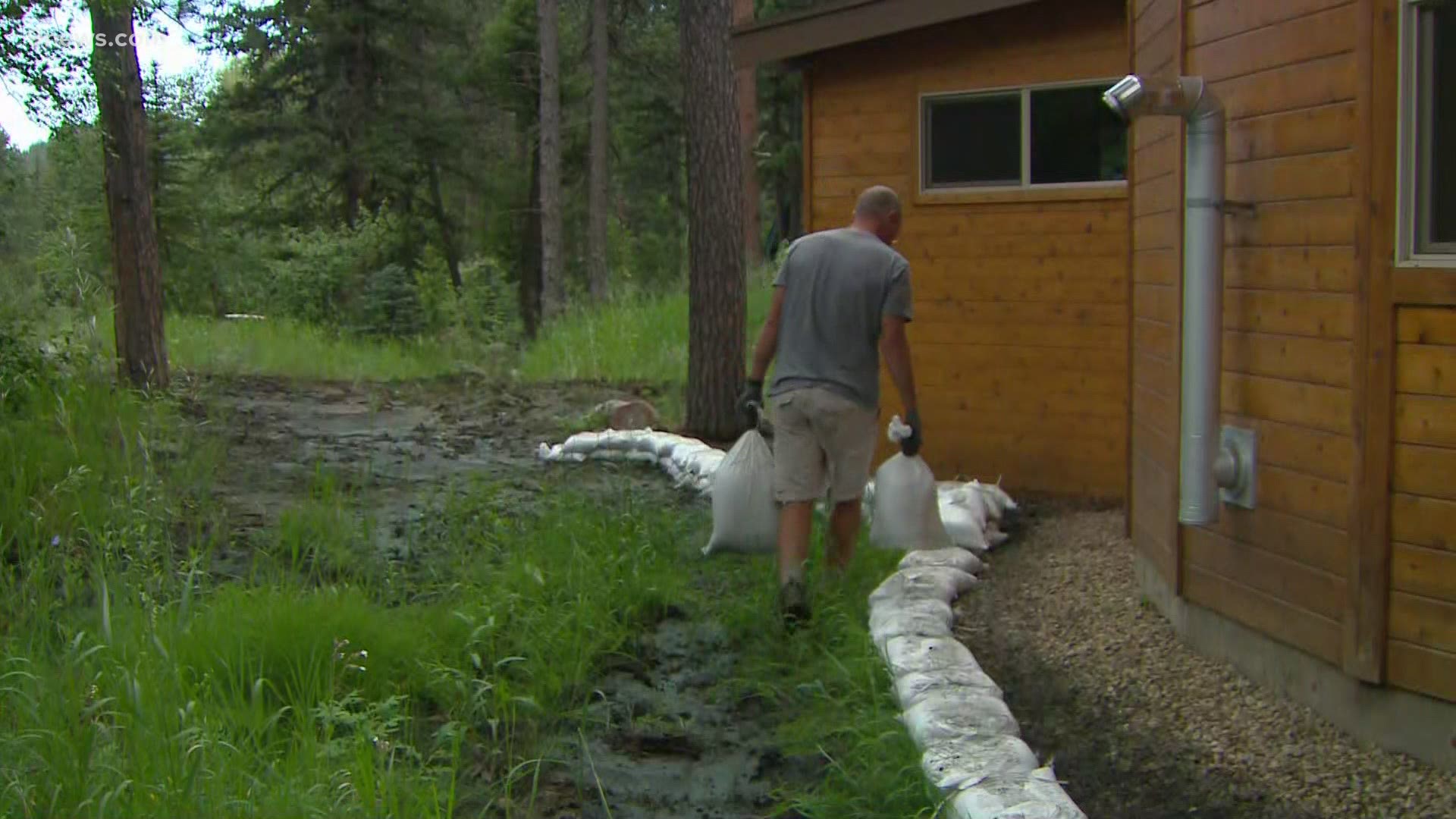 GLEN HAVEN, Colo. — People who live along Streamside Drive in Glen Haven learn to go with the flow.

“We never thought we’d be doing this today,” Dan Robinson said, hoisting a sandbag from a trailer in his driveway.

On Monday, Robinson had planned for a backpacking trip. Instead, he and his neighbors prepared for flash flooding like they saw on Sunday.

“We would like some sunshine for a few days to dry out,” Robinson said, grabbing another sandbag.

Rain poured down Sunday on areas scorched by the Cameron Peak Fire in 2020. Streams overflowed and Streamside Drive turned into a river.

“It was a massive wall of turbulent, black water coming down,” Robinson said.

“Yesterday was as high as I’ve ever seen [the water], and it was high within minutes,” Robinson said.

Flood waters reached the siding of Robinson's yurt-style home but did not make it inside.

“We were inches away from having a wet bedroom floor,” Robinson said.

RELATED: How rare was Thursday's flood in Greeley?

Sunday was another close call, like it was in September 2013. Dan Robinson and his wife, Kim, had nearly finished building their new home when the historic floods forced them to evacuate.

“It started raining and it didn’t stop for 18 hours,” Robinson said.

The family was forced to evacuate again last fall during the Cameron Peak Fire, the largest recorded wildfire in Colorado history.

“You can see the scar line for the fires right up there, so we were that close to the Cameron Peak Fire,” Robinson said. “We have five neighbors that lost their homes just up the hill.”

On Sunday, the Robinsons left their home behind once more due to flooding and were grateful to see the damage was confined to their landscaping.

They were hopeful the sandbags would mitigate any further damage from another run-in with Mother Nature.

“I think we’ve got it pretty secure in case something else happens in the near future, which we hope it doesn’t,” Robinson said.