Heavy rain brought mud and debris flowing down through rivers and streams into homes in Glen Haven. 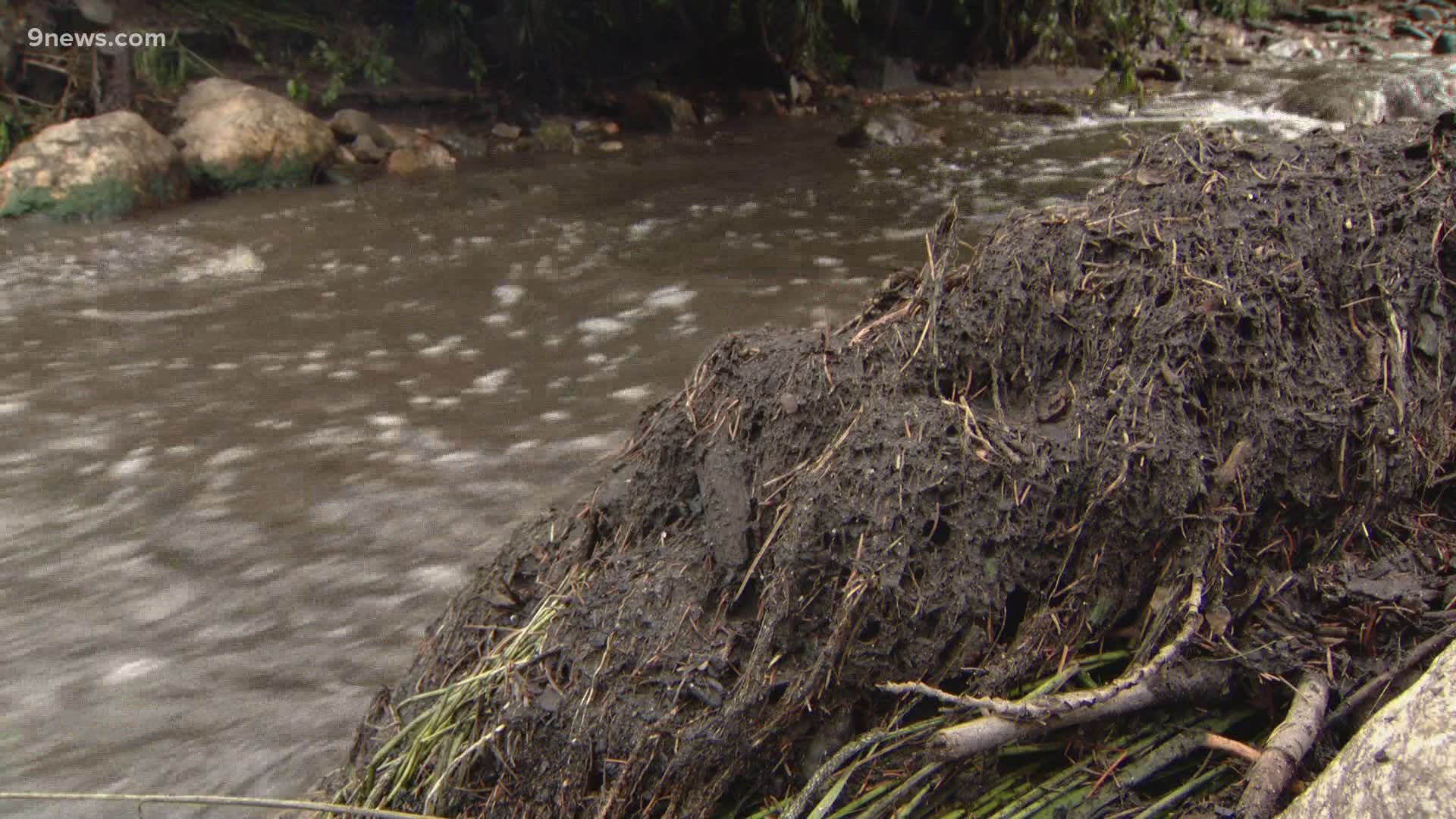 GLEN HAVEN, Colo. — Nearly nine months since the Cameron Peak Fire, the focus is on the water.

After storms Sunday, residents in Larimer County like Barb Blue found themselves cleaning up the mud, ash, and debris the rain brought down from the burn scar.

The family had to evacuate for several weeks when the Cameron Peak Fire burned a quarter mile from their home in Glen Haven last October. It’s not their first time dealing with floods.

In 2013 they had to leave their home after bad flooding in the area prompted evacuations.

The overflowing stream outside their home destroyed part of their backyard on Sunday as the water raged down the mountain.

"This was put in after the 2013 flood and it was supposed to be able to keep us from having any flooding in the future," Blue said, pointing to a large culvert running under the road near her driveway.

A day later, the cleanup continues as the power of flood comes into view.

"Yesterday the river was coal black," said Blue. "The force of the water and all the debris and everything from the fire, the burn scar, ends up here."

RELATED: I-70 back open in both directions after Glenwood Canyon mudslides

The mountains where the fires burned are left scarred and susceptible to mudslides since all of the plants and trees have burned. The scorched ground struggles to keep water from sliding down the hillside.

"All this is damaged here, this will take a lot of work," said Blue. "We know how to survive, so we’ll make it."