It comes a day after the highway reopened in both directions through the canyon between Glenwood Springs and Dotsero. 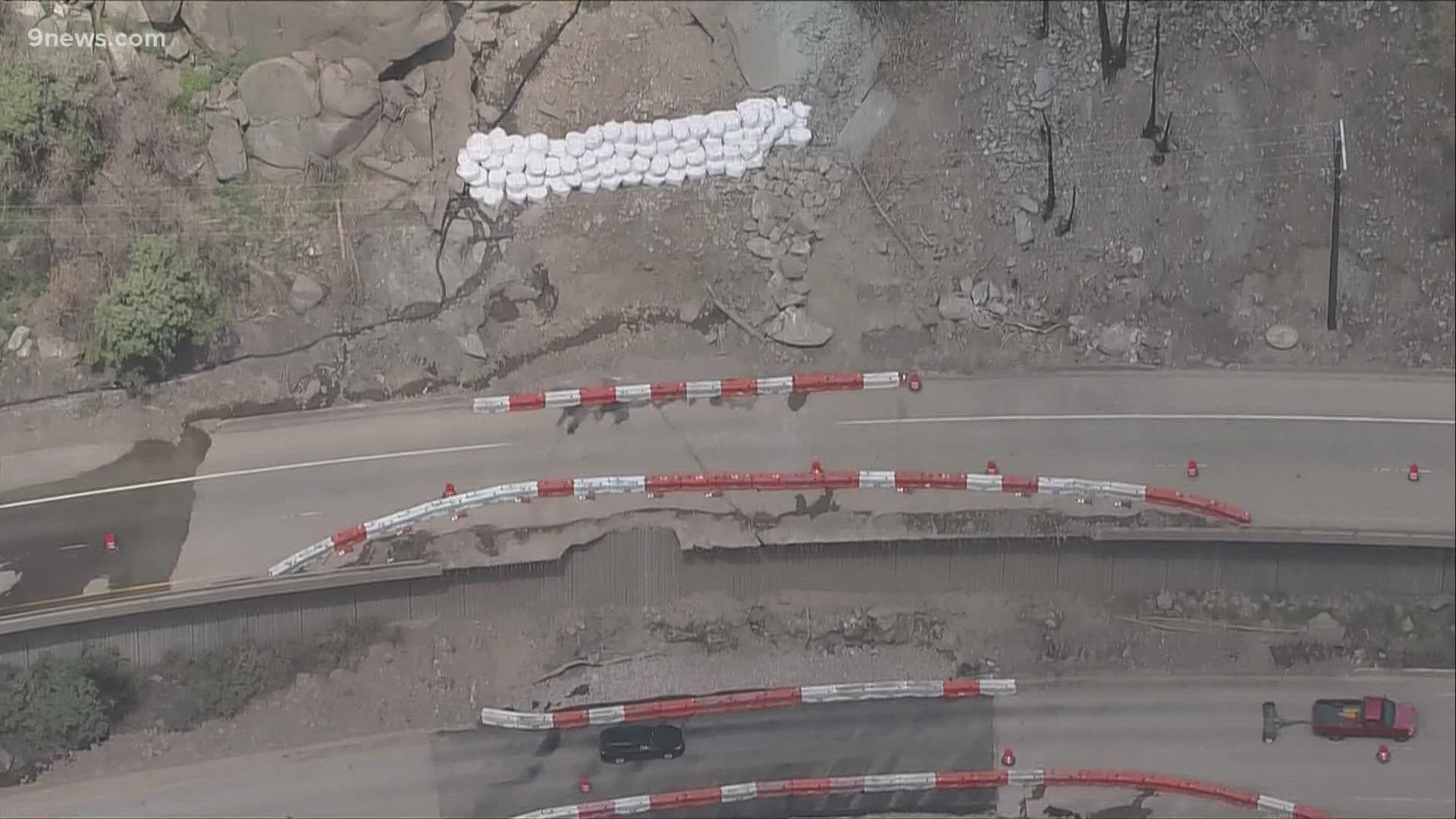 GLENWOOD SPRINGS, Colo. — The Colorado Department of Transportation (CDOT) announced Sunday evening that it had closed Interstate 70 through Glenwood Canyon due to flash flooding potential, and then CDOT lifted the closure 24 minutes later.

The closure came just a day after the highway reopened following nearly two weeks of cleanup due to mudslides.

#I70 eastbound/westbound: Safety closure lifted between Exit 87 - US 6; Rifle and Exit 133 - Dotsero. Glenwood Canyon has reopened in both directions https://t.co/Z8ysn5QGP7

CDOT said on Twitter Saturday morning that the lanes reopened around 7 a.m. between Exit 116 in Glenwood Springs and Exit 133 in Dotsero. In a couple areas, the roadway goes down to one lane in each direction.

That beat the re-opening timeline that CDOT laid out on Friday, when officials expected one lane to open in each direction on Saturday afternoon.

CDOT Executive Director Shoshana Lew warned that traffic would be slow through Glenwood Canyon and urged drivers to keep their eyes on the roadway.

"We already expect traffic to be slower through the canyon due to the temporary road configuration and reduced speed limits," Lew said. "The last thing we need is distracted driving, or worse, a crash in the canyon which would inevitably force a closure of I-70."

Gov. Jared Polis praised CDOT's "all-hands-on-deck effort" in getting the interstate back open and pointed to the need for alternative routes through the Rocky Mountains.

>Raw video: Driving through the recently reopened portion of I-70 through Glenwood Canyon

“We know that the longer-term repairs will take time and that, as we battle new challenges to our infrastructure with climate change, alternative routes for the I-70 corridor become more urgent," he said in the release. "Our administration is focused on the short, medium and long term response and recovery from this incident.”

The highway has closed numerous times since late June thanks to mudslides, which are due to the nearby Grizzly Creek burn scar. Burn scars often lead to mudslides because of the lack of vegetation on them and are known for being especially vulnerable to flash flooding.

The highway automatically closes anytime the National Weather Service issues a Flash Flood Warning, though the most recent closure is due to damage from a major mudslide there.

The I-70 closure has put a stranglehold on cross-state traffic, forcing would-be travelers on a three-plus hour detour through Steamboat Springs.

The I-70 closures also led to Polis authorizing disaster declarations for the flood-prone stretch of highway, allowing for federal funding to help with repair and recovery costs.

But CDOT crews made significant progress last week thanks in part to a recent stretch of drier weather. Overall, CDOT and state officials hope to fully re-open by Thanksgiving.

RELATED: I-70 to reopen through Glenwood Canyon on Saturday

RELATED: 21 people rescued from Greyhound bus that tried to get around I-70 closure