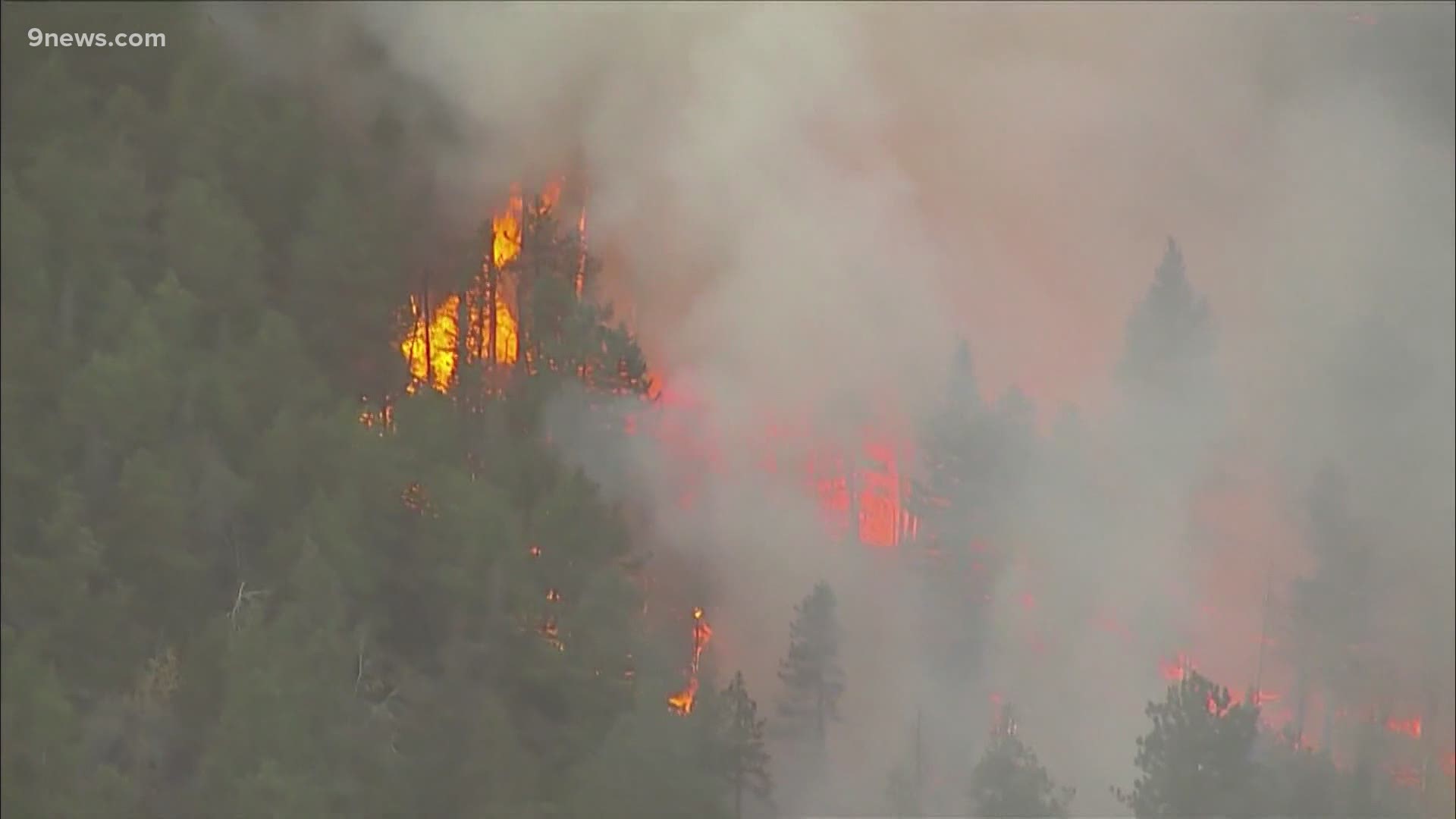 COLORADO, USA — The weather has not been helpful to firefighters battling wildfires across the state, but a shift in the weather pattern will lower temperatures, raise the humidity and will likely even include significant snow.

The first system will move in on Thursday evening and last into Friday morning. Precipitation will be very light but any little bit helps. Then on Sunday, a larger system could bring between 8-20 inches of snow to parts of the many fires burning in northern Colorado.

The change will give firefighters a chance to go from mostly playing defense to going on the offensive.

“It is always very welcome to have events that do give you those opportunities and that time to be more aggressive with your actions,” said Michelle Kelly, a public information officer assigned to the Cameron Peak fire.

She said firefighters will always welcome any amount of snow, but they are still not quite at the point where they expect this storm to be what they call a season-ending event.

“Realistically with a fire this size, and with the type of vegetation and fuels available to the fire, we need significant amounts of precipitation not all at once but for a prolonged period of time,” Kelly said.

It will be a quick storm, in and out in just about 36 hours. High snow totals projected by computer models are very preliminary but certainly eye-catching.

The reason for these big numbers, however, is because of the very dry nature of the snow expected. And it’s not the amount of snow in inches that matters to a fire, it’s the water contained in that snow and how long it stays on the ground.

There is no way to tell how long the fires might lay down after this snowstorm, but firefighters plan to go on the direct attack while the fires sleep.

“When we can go direct on so much of the fire, that reduces the amount of fuel available," Kelly said. "So we are taking away opportunities for the fire to grow. It really helps, so they will absolutely take every advantage of this pause that we get.”

A big snowfall also reduces the ability for firefighters to move around on the roads and access remote areas of the fire lines but Kelly said those restrictions are often temporary and firefighters will gladly trade those troubles over the benefits of snow slowing fire growth.

Fire commanders at the Calwood, Lefthand and East Troublesome fires also said they do not expect this weekend's storm to be a season-ender for those incidents either.