Stretches of I-25 and I-70 are closed in Colorado and a blizzard warning is in effect until midnight. The following warming shelters can help travelers. 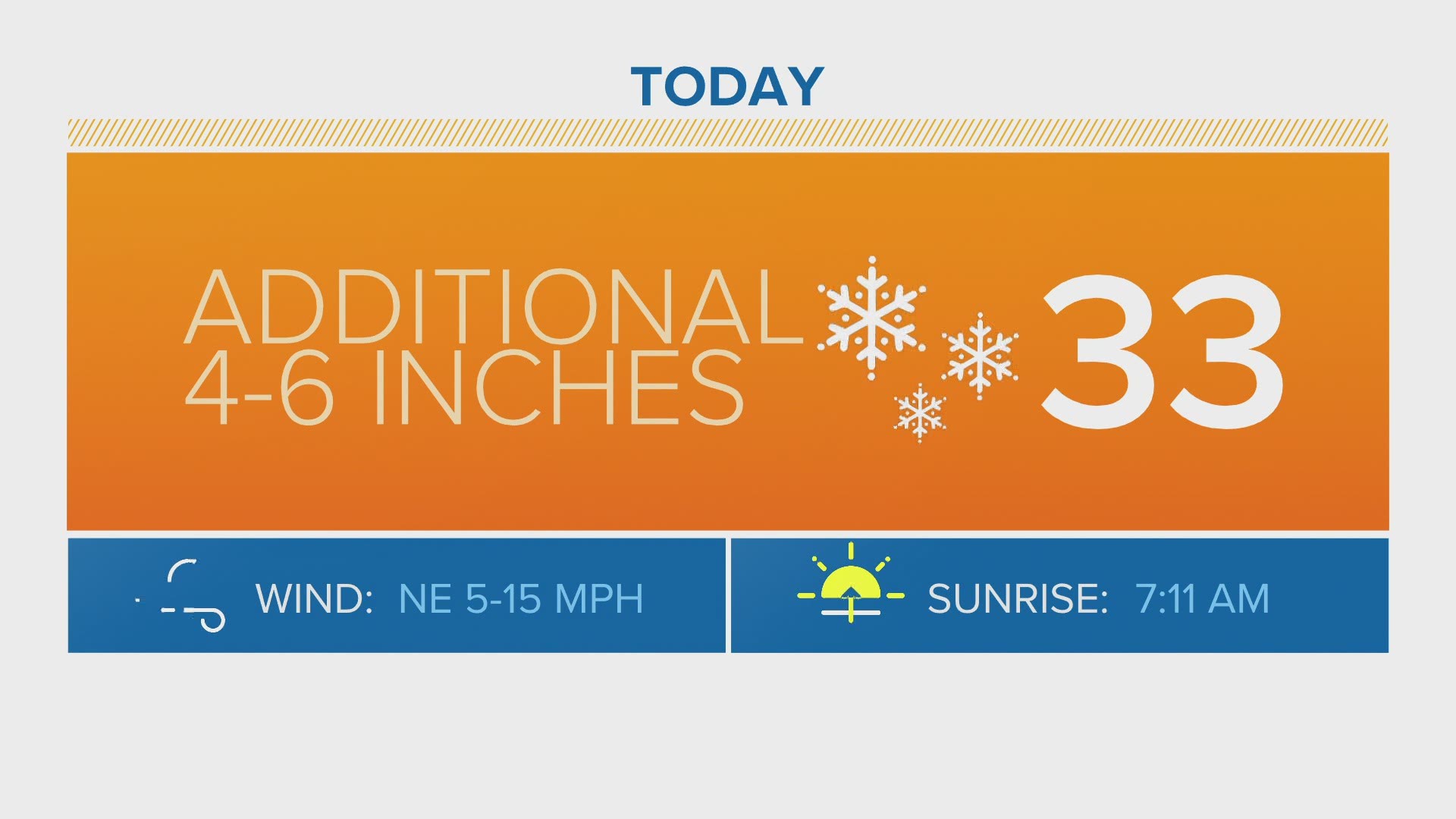 DENVER — The Red Cross has opened up several warming centers due to blizzard-like conditions across Colorado that have made numerous major roads virtually impassable.

The Red Cross said the centers would open throughout the afternoon and evening. The Interstate 25 corridor between the Palmer Divide and Wyoming border is under a blizzard warning until midnight.

Due to the COVID-19 pandemic, the Red Cross said it might set up health screenings at each shelter and that masks are required inside by shelter residents and staff.

> Check out this link for the latest information about the shelters and the latest updates from the Red Cross.

Here are the shelters that are open so far:

The storm has led to closures on I-25 between Monument and Castle Rock, I-70 in Eastern Colorado, I-70 in the mountains and more.

Law enforcement is asking people to avoid traveling due to the conditions.

RELATED: Weather blog: Blizzard warning in effect for I-25 corridor until midnight

Thousands of power outages were reported across the state on Sunday.

The storm is expected to leave the area on Monday. As of this writing, more than 18 inches of snow has fallen at Denver International Airport, making this storm the area's largest since 2016.