The snowstorm was late to the party, but when it showed up, it made its presence known. 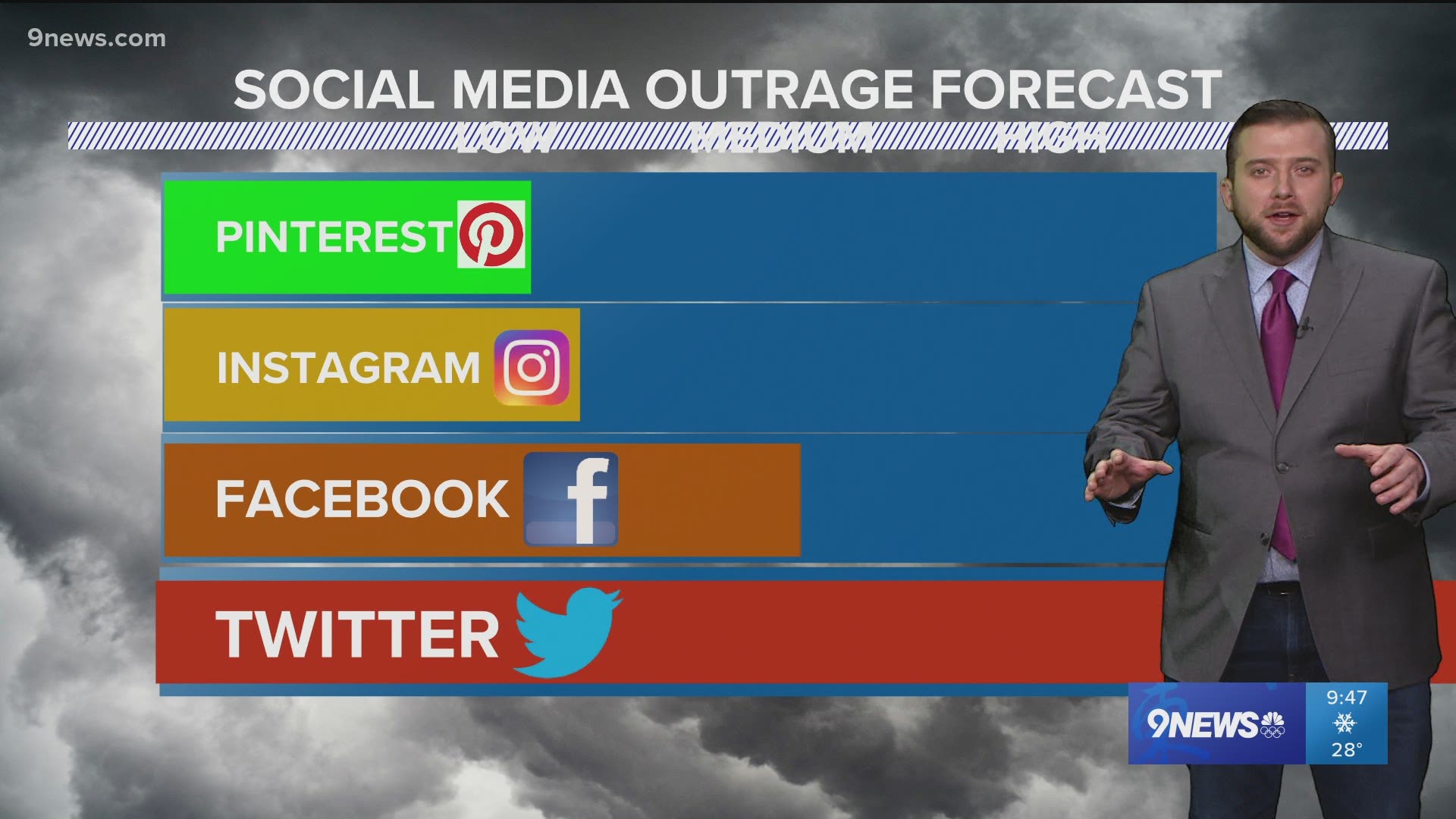 DENVER — After a false start, that big storm did arrive in Denver after all -- in fact, it's the second snowiest in March history.

And if there's one thing that Coloradans love, it's snow ... and talking about weather. Luckily, Twitter exists for that very purpose (and other, less pure things), so here's a roundup of some of the best tweets about this unforgettable Colorado snowstorm.

> The video above is from Steve Staeger's social media forecast. While he predicted a high chance of outrage, these tweets are nothing more than delightful.

RELATED: Weather blog: Blizzard warning in effect for I-25 corridor until midnight

RELATED: All runways at DIA closed due to storm, most flights canceled

Thoughts on that forecast ...

The snow started a little bit later than we were talking about earlier in the week. I think we can all agree that it started, but people on Twitter have jokes.

Colorado: oh so I guess no snow then?
Snow an hour later: pic.twitter.com/pK2YgFNfpQ

In classic style, Denver snow shut down all the haters.

You gotta make the Hoth joke!

Honestly, it's not a Denver snowstorm without a little bit of "Empire Strikes Back" action.

AT-AT Walkers on Parker road heading south. Drive safe in the blizzard as visibility is limited. Caught this one in a lull of the storm. #denversnow #DenverWeather pic.twitter.com/PoUPj7Q3hf

Denver is doing a spot on Hoth cosplay.

This WAS an epic storm though.

Take this photo, for instance.

And this photo that, if the view out our windows wasn't enough, persuaded us to stay the hell off the roads.

Current picture from the CDOT camera I-25 and highway 52 in Frederick. If you're in the blizzard warning area along the Front Range, stay home until conditions improve later this evening.

CDOT road closure information and cameras are at https://t.co/uoUwxQXFoP.#cowx pic.twitter.com/CBlCxTFM3M

When it snows, the midwesterners reveal themselves.

Like this guy who had a "beach" vacation in Wisconsin.

And this guy, who wanted to see if the Midwest blood stays warm at elevation.

It’s puking snow in Colorado right now. Wanted to see if I still had my Midwest blood. Turns out I don’t. Frozen solid. 🥶 pic.twitter.com/a35o4SE6kX

The Coloradans, meanwhile, knew how the prepare.

Stock up on the Coors -- it's got more than one purpose!

There's that other Colorado thing too ...

Preparing for colorado snow.
I forget anything? pic.twitter.com/lRnlgowEtG

And sometimes you just have to buckle down and enjoy the snow ... er, show.

And Tom Green, who was Tom Green.

Great news regarding the snow...
It’s extremely wet & heavy to shovel - so that hurts.
Luckily there’s a steady 15-20 mph wind to keep you cool while you suffer!

I’ll be back with more uplifting messages throughout the day.

(At least we lost an hour of sleep, right?)

Meanwhile, these heroes took their snowmobiles downtown, because why not?

I wasn't joking about the snowmobiling in downtown Denver. These guys came from I-70/Pecos to the area around the governor's mansion -- which means several miles on the roads.

The couple said there was plenty of snow for their sleds. They came over here to grab a drink. #cowx pic.twitter.com/4ygxtFLsAZ

You don't need to touch the hellscape which is Interstate 70 when there's this much snow in the city.

That's especially true if you've got a cooperative dog.

Because honestly, would we rather live anywhere else?

what you see coming down isn't just frozen precipitation, it's liquid joy