One pair of food truck owners said the heat caused one of their refrigerators to overheat. 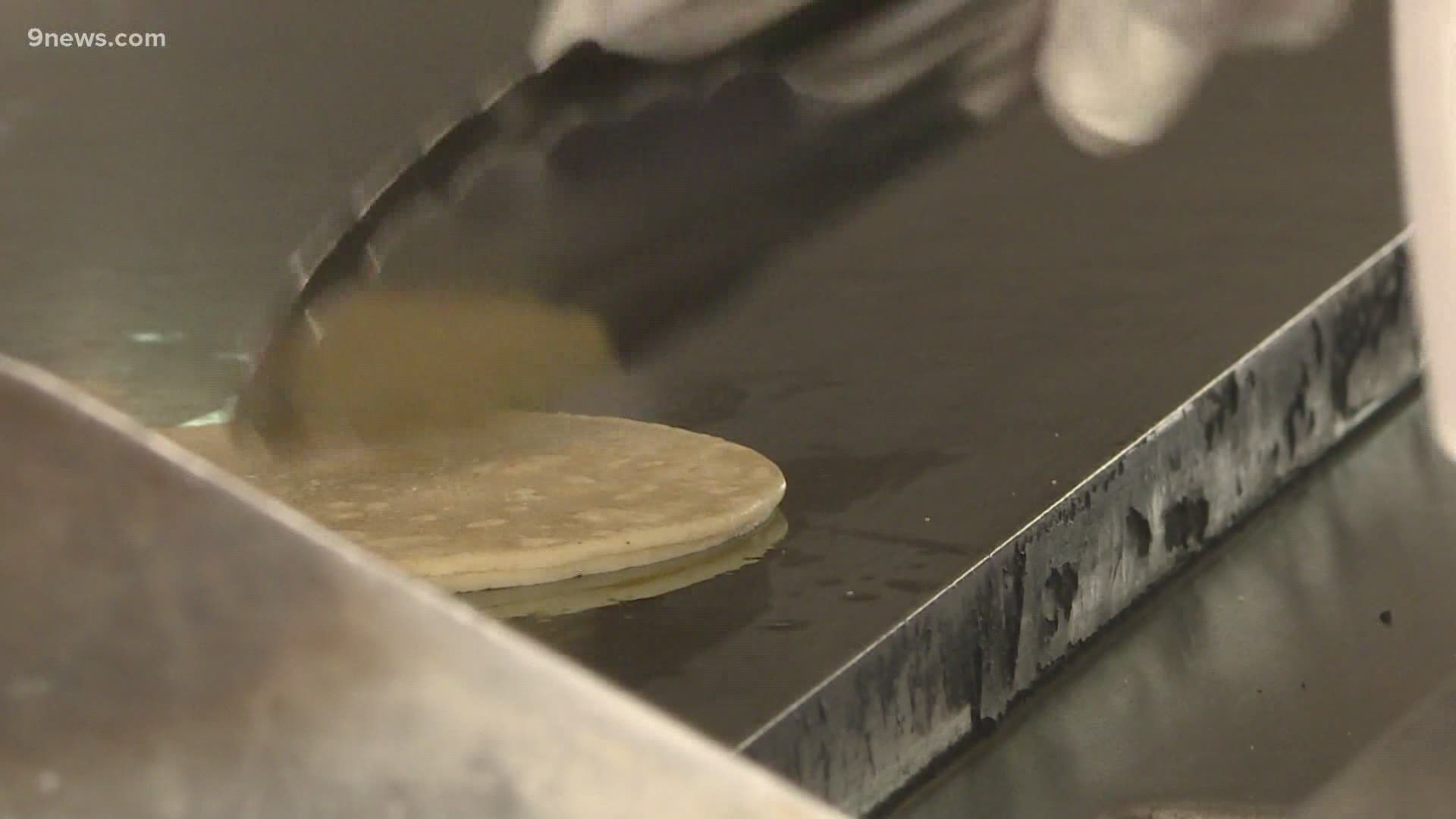 DENVER — Beating the heat can prove to be tough during the hot temperatures Colorado has been experiencing lately – especially true for a few businesses out there like food trucks.

The truck sits in the parking lot of the Carniceria Jalisco store, both of which were started by Lemus' grandpa and have been around for several years.

The point is, Lemus is used to the heat, but noticed this year has been a little different.

“The more people we have obviously the more we cook, so then the hotter it gets," he said.

It's especially hot for food truck workers like Lemus, when there are several grills, stoves and deep fryers heating up the truck.

“Sometimes we put a fan – try to like ventilate, but some days it's like throwing more hot air," he said. "Sometimes there’s not like nothing you can do, just have to push through."

Over in Westminster, the owners of El Jefe's Smothered Brats & Tots, Renee Ruybal and Ryan Lopez would normally be parking their food truck at Westminster Brewing Company on a Wednesday evening.

Instead, they said the heat caused one of their refrigerators to overheat.

“We were doing our final checks on the truck to go out and serve and our small fridge over heated and so then all the food in the fridge was not to temperature," Ruybal said. “If it’s not safe, we’re not going to do it, so we had to throw everything out.”

As a result, they made some calls to experts to learn how to get the temperature back to normal, and by late Wednesday afternoon, the temperature gauge showed it was climbing back down to 41 degrees.

Luckily, Lopez and Ruybal are optimistic that they'll be back up and running by Thursday.

“We’ll bounce back – if you wanna come find us this week and help out, you can!” Lopez said. “We’ve worked two summers now and this is the first time this has happened.”

Credit: Luis de Leon
Renee Ruybal (left) and Ryan Lopez (right) stand in front of their food truck, which they say experienced an overheated refrigerator Wednesday due to the heat.

As for how they beat the heat, Lopez explained that at times they'll purchase cooling shirts seen online, and take several breaks.

But overall, they just power through and make sure they don't overheat.

“When you see a food truck out, go out and eat their food because if it’s hot for you, it’s extra hot for them. They’re in there cooking and sweating and you know a lot of food truckers get heat stroke during the summer time so … support em!" Lopez said.