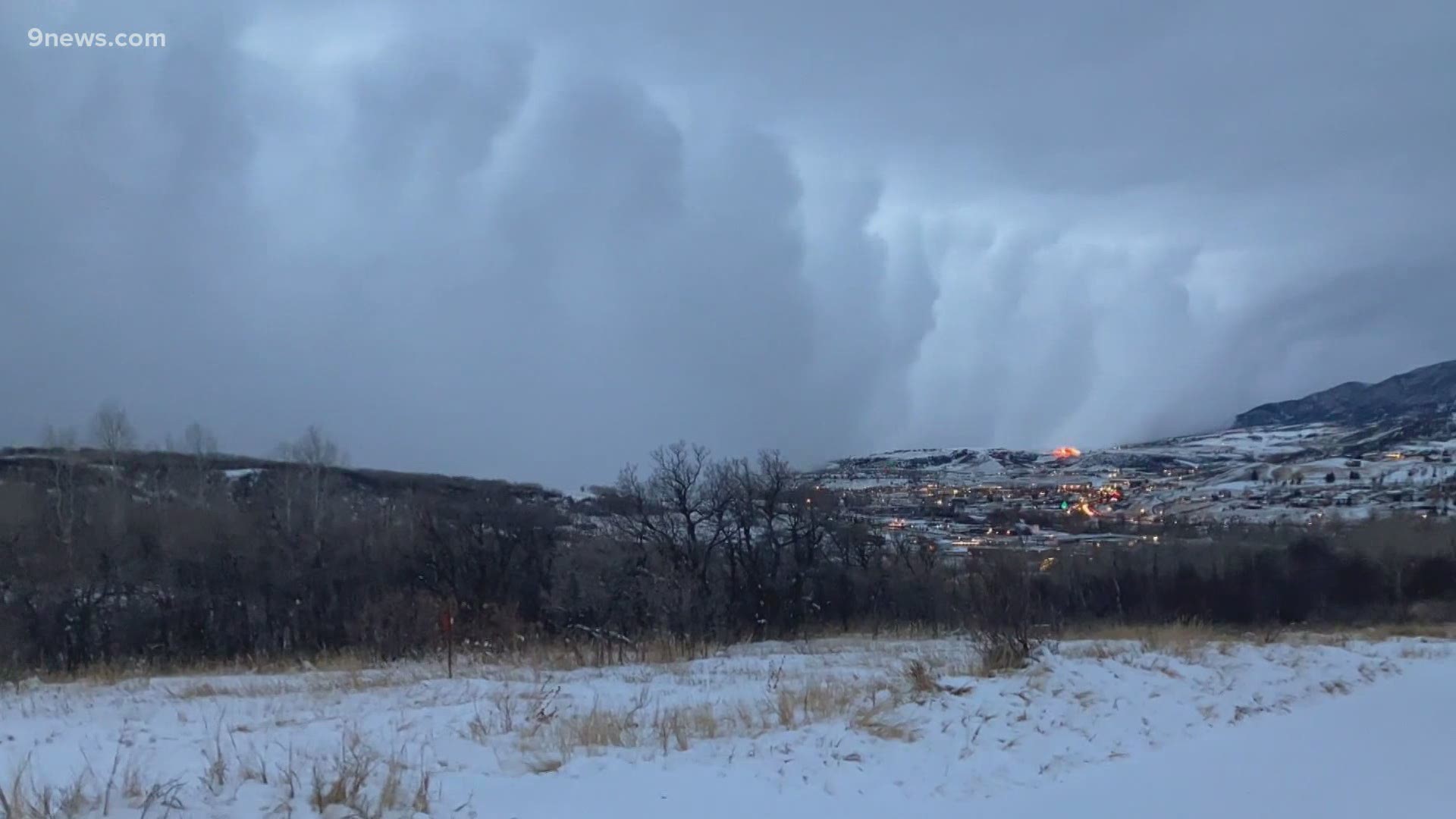 This comes after gusts of up to 90 mph impacted the Front Range and Eastern Plains on Tuesday night, and snow squalls were reported in the mountains.

Colorado State Patrol's crew in Limon reported two crashes on Interstate 70 Wednesday morning, including a semi-truck that had blown over as well as a truck that rear-ended a semi.

Falling asleep, strong winds and low visibility makes for dangerous conditions. 2 crashes on I70 at MP 400 & 423-one is a semi blown over and the second a pickup rear ended a semi....😳🌬. Be careful today!! pic.twitter.com/5CuaHvLn3t

The winds created blowing dust that was visible via satellite on Wednesday morning, prompting a warning from the Colorado Department of Public Health and Environment (CDPHE).

Blowing dust has been observed on satellite (pink area in SE CO & SW KS), courtesy https://t.co/RSxgF7v6jO, & on https://t.co/2O5EV2f3Th webcams. An Air Quality Health Advisory for Blowing Dust is in effect until 5 PM Weds Dec. 23 for the E plains of CO. https://t.co/y67j4L0K8R pic.twitter.com/r0zcpcC5vF

Due to the conditions, the Colorado Department of Transportation (CDOT) issued high wind restrictions between Denver International Airport and the Kansas border.

I-70 EB/WB: High wind restriction between Exit 292 - US 36; Airpark Road and the Kansas Border. No light, empty, or high profile vehicles. https://t.co/qUaUYbTUux

On Tuesday, snow squalls and whiteout conditions were commonplace in the mountains. The National Weather Service (NWS) in Boulder shared photos of a virtual whiteout on I-70 and told people to avoid travel.

6:58 pm: Pics along I-70 between Frisco/Silverthorne and I-70. AVOID travel until snow squall moves out. Conditions should slowly improve by 730 pm. #COwx https://t.co/LLY4z3VrKI pic.twitter.com/F2cTOcA2dl

A 9NEWS viewer shared a timelapse of the snow squall reaching Steamboat Springs. 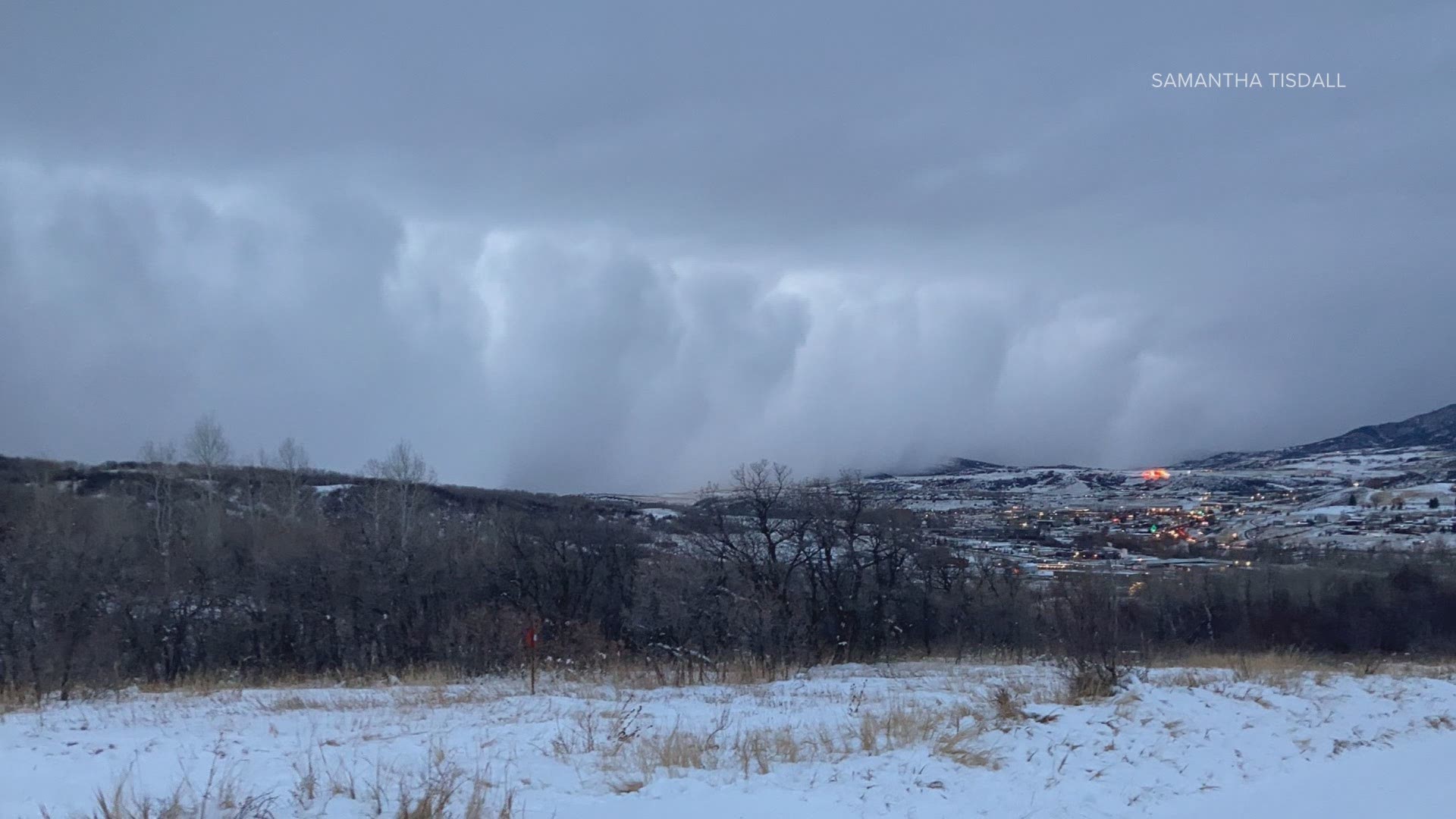 This map shows the intense wind gusts throughout Colorado on Wednesday morning.

People who need to drive in the mountains or east toward Kansas and northeast to Nebraska are asked to use caution due to the windy conditions.

Share your weather reports with us by texting 303-871-1491 or emailing photos to SUGGESTED VIDEOS: Local stories from 9NEWS