Sizzling hot, triple-digit summer days are typical across Eastern Colorado, but an official record high of 115°F near Lamar will now go into the record books. 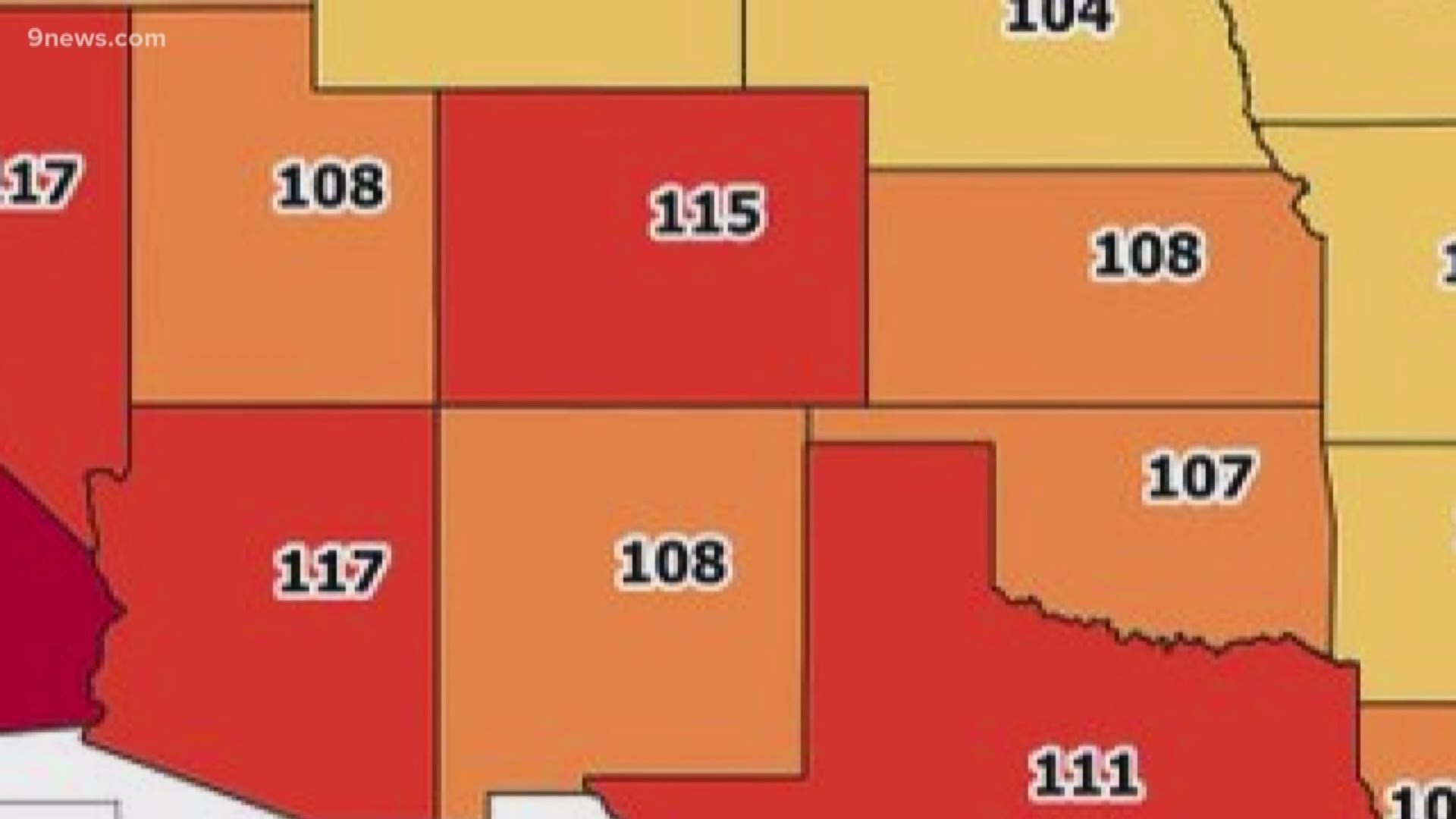 Colorado broke its previous all-time record high temperature on July 20 after the thermometer climbed to 115 degrees near Lamar, which is located about 209 miles southeast of Denver.

A weather station at the John Martin Dam in Bent County recorded a daytime high of 115 degrees, the hottest temperature ever recorded in Colorado's weather history.

The Colorado Climate Center is in charge of verifying such records. Colorado's state climatologist, Russ Schumacher, convened the State Climate Extremes Committee and had a teleconference to discuss the new possible record.

The NWS office had been out to the site, so they contacted the observer and verified with them that they did indeed observe that temperature.

"The interesting thing about this record is that it literally went off the charts — it was a weekend observation, so it was recorded on a thermograph that the observer checked when they got back into the office on Monday morning," said Assistant State Climatologist Becky Bolinger.

"The thermograph only goes up to 110 degrees, and they estimated that the needle went 5 degrees above that," she added. "So, to be thorough, [Schumacher] got ahold of that same thermograph, took it to large ovens here at [Colorado State University], cranked the temperature up to 115 degrees to verify that the measurement worked properly — and it did."

The committee then agreed that the 115-degree recording was valid and that it would count as Colorado’s new state high temperature record.

RELATED: Hottest temperature ever recorded in Colorado under review

The Colorado Climate Center's report on the recording is complete. The National Oceanic and Atmospheric Administration (NOAA) will add it to its official records soon.