The record September cold could be linked to climate change

It may seem counterintuitive to think about climate warming causing cold weather snaps, but this science shows it's possible. 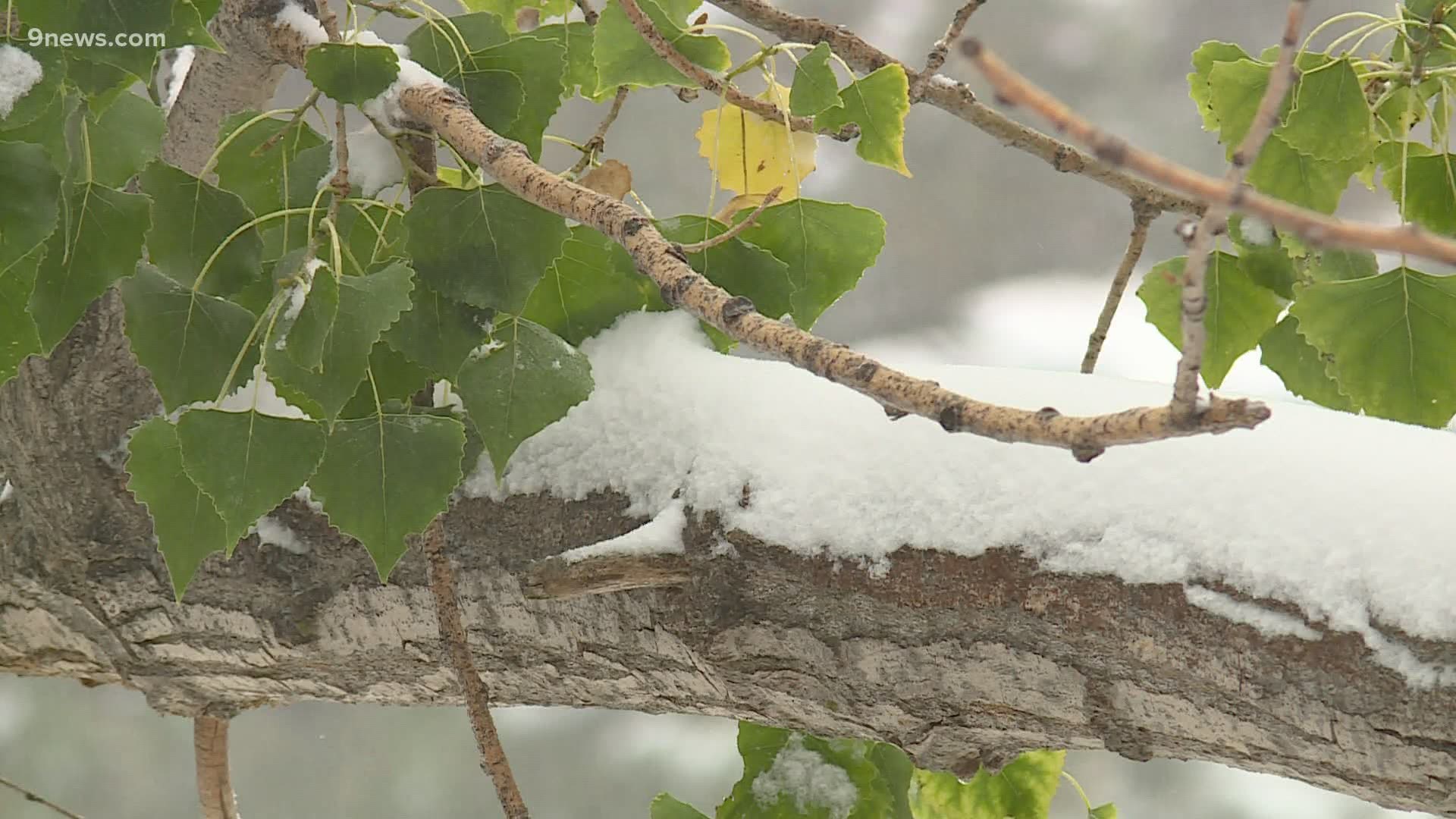 DENVER — This week’s historic weather in Colorado was very unusual for September, but there is a scientific explanation for it -- and climate change may be at its roots.

First, we have to look at the meteorology behind what happened. The record heat and the record cold were both caused by extreme jet stream amplification.

The jet stream is a river of fast-moving air that rides the boundary between warm and cold air in the upper part of the atmosphere. It is responsible for bringing storm systems down to the mid-latitudes.

When the jet stream is said to be in an amplified pattern, that refers to the separation between the height of the bend from the north to the south being of great distance.

On Saturday, the jet stream surged high to the north into Canada because it had to go around a large area of high pressure in the western part of the country.  That is what caused the extreme and record-breaking heat in Colorado.

RELATED: Wild weather week ahead: 12 records that could break in Colorado

Then the jet stream surged to the south as the high pressure moved west, and the bend was equally as amplified in the other direction. That is what caused our record cold and snow.

There are two scientific theories that show how climate change can cause early season jet stream amplification.

The planet is on pace to have it’s warmest or second warmest year ever recorded, but the evidence in this theory is not enough to attribute a single weather event to climate change.

In addition to that, new research just published this year shows the link between arctic warming and a waiver jet stream to be too inconsistent in modeling.

Many scientists believe that global warming will simply force the jet stream to its northern position for a longer period of time.

There is another climate change theory about this week’s weird weather that shows a more direct cause and effect.

It starts with Typhoon Maysak, which made a very unusual push to into the northern latitudes in early September. It hit Korea and then wen on to collapse over China.

This may have accelerated the jet stream over the Pacific due to the immense release of energy as latent heat. That action was likely the very beginning of a chain reaction, that brought the energy ultimately to Colorado several days later causing record cold and snow. The energy first amplified the ridge of high pressure over the western U.S., and which eventually lead to the surge of the jet stream to the south.

As discussed previously, you can trace the initial perturbation that lead to the ridge amplification back to where #Typhoon #Maysak perturbed the waveguide as it underwent extratropical transition (ET) over #Korea on 3 September. https://t.co/6tlXLND3wo

Research has shown a link between climate change and the expanding of the earth’s tropical zones, which would allow tropical cyclones like Maysak to penetrate the northern latitudes more frequently.

There have been a couple other recent examples of typhoons leading to cold snaps in Colorado. Typhoon Nuri was a late season tropical cyclone in 2014. That storms energy got sweep into the jet stream, and resulted in a huge amplification over Colorado. Denver went from 64 degrees on Nov. 10 to 16 degrees the next day.

And last October, Typhoon Bualoi curved into the Pacific, and lead to a cold snap in Colorado around Halloween.