A tornado warning was issued for western Arapahoe County and severe thunderstorm warnings were in place for the Denver metro area. 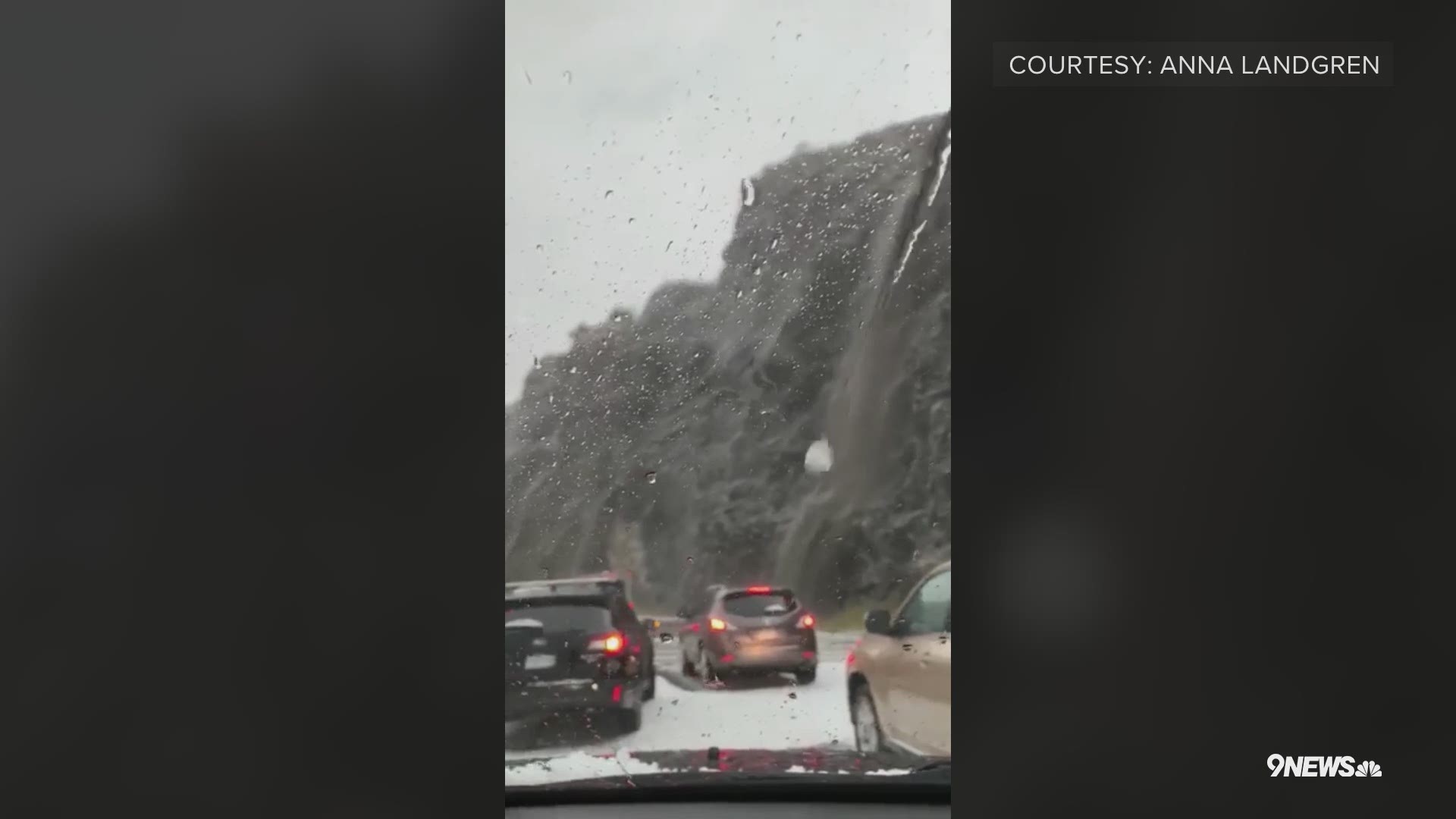 DENVER — A severe storm moved through the Denver metro area Friday afternoon, bringing street flooding to areas from Evergreen to Lone Tree as well as a tornado warning to Aurora.

The storm also impacted the Interstate 70 corridor in the foothills.

Here are helpful links as we track the storm:

RELATED: That’s not snow, that’s hail on I-70 in the Colorado foothills

The other highways and ramps that were closed overnight have also reopened.

Don't try to head up to the mountains tonight!

The Colorado Department of Transportation (CDOT) has announced they will be keeping westbound lanes of Interstate 70 closed at the U.S. 6 Junction overnight due to Friday afternoon's mudslide.

One lane of westbound traffic is still getting through via the off- and on-ramp at that interchange, but CDOT warns commuters that traffic is moving very slowly and the backup is about 8 miles long right now.

The following roads will also be closed overnight:

As an alternate route, CDOT recommends taking U.S. 6 west from Golden to State Highway 119, and then north to Black Hawk. From Black Hawk, go west through Central City and take the Central City Parkway south back to I-70.

Another option is U.S. 285 southwest from Denver to Fairplay, then State Highway 9 north to I-70 at Frisco.

Traffic heading westbound into the high country is getting even worse.

US 40 is now closed at the top of Floyd Hill. Commuters need to stay on Interstate 70 until that closure.

The only alternate routes are taking CO 74 to Squaw Pass and into Idaho Springs or over Central City Parkway from CO 119 through Black Hawk and Central City.

CDOT is telling commuters to avoid heading west if possible.

Becky Ditchfield confirmed that a brief tornado was reported in Arapahoe County earlier this afternoon.

Not storm-related, but know Marshall is still watching ...

Flight Tracker says inbound flights at Denver are delayed one hour and 18 minutes. Those flights are being delayed at their origin until 5:45 p.m.

The city of Lone Tree is asking people to avoid the area due to flooding, saying it is "current impassable." There is no estimated time for when this road will reopen.

DIA said due to the storm, passengers can expect delays of up to an hour-and-a-half.

The Colorado Department of Transportation (CDOT) said I-70 is CLOSED at the bottom of Floyd Hill due to a rockslide and mudslide.

One lane of westbound traffic is getting through via the off-and-on ramp at the interchange.

I-70 backups are approximately four miles long, CDOT said, and drivers are encouraged to avoid the highway in the near future.

There is no estimated time for cleanup. Maintenance crews are headed to the scene and rockfall experts are assessing the situations. 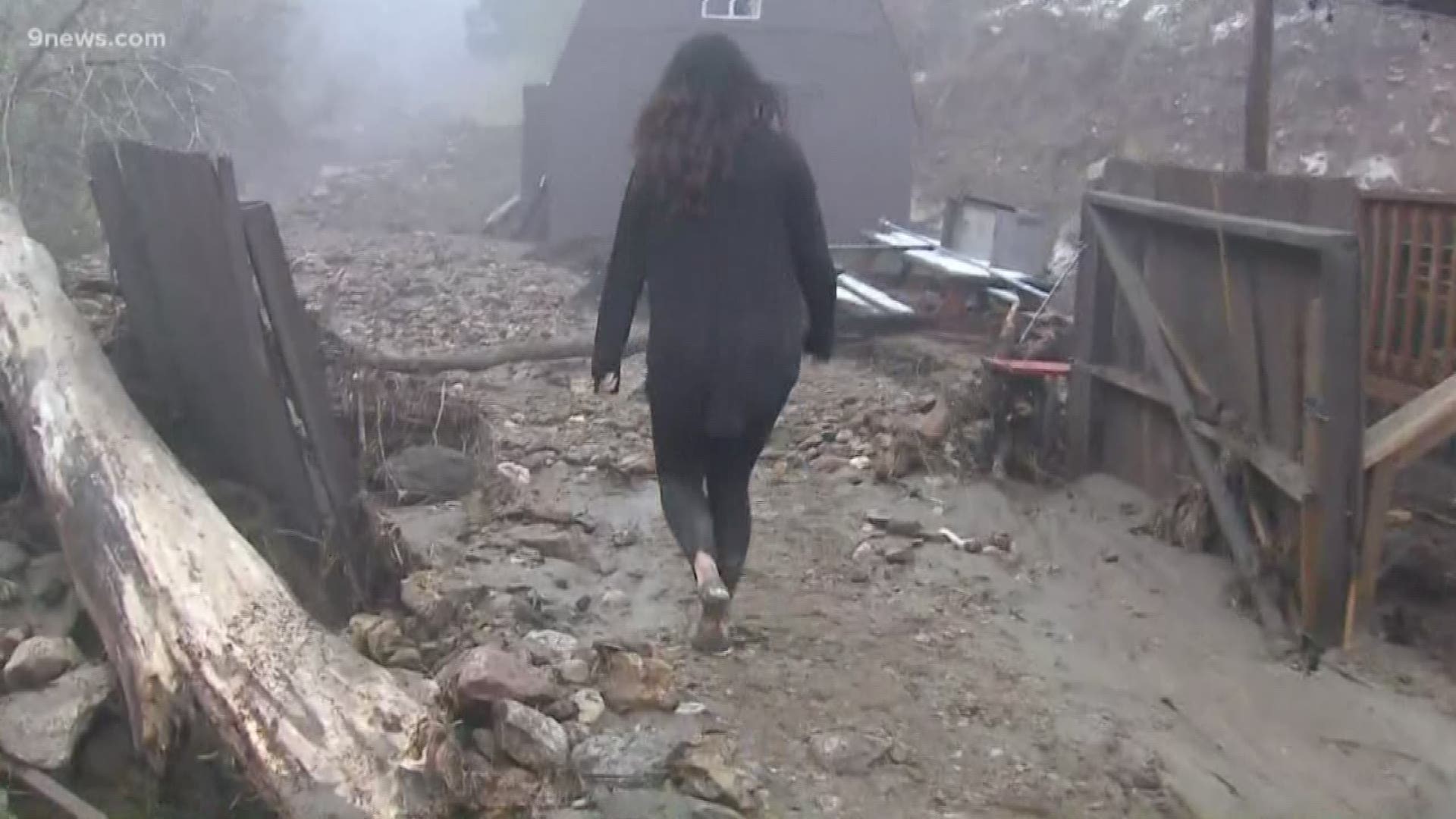 One alternate route for points west of Floyd Hill/Idaho Springs is to take U.S. 6 west from Golden to State Highway 119, and then north to Black Hawk.  From Black Hawk, go west through Central City and take the Central City Parkway south back to I-70.

The tornado warning has expired in Arapahoe County. The Aurora Police Department is asking that residents only call 911 if they are having a medical emergency, there is severe damage to buildings, or an emergency such as a fire.

Dust was kicked up in the air at Centennial Airport.

There have been reported of flooding on Colorado 74 in Evergreen. This is near where hail blanketed Interstate 70 like snow on Floyd Hill.