Stuck and stranded, hundreds of drivers helped during, after weekend snow storm

Metro police and fire departments answered the calls of hundreds of drivers and emergency crews stuck in the snow. 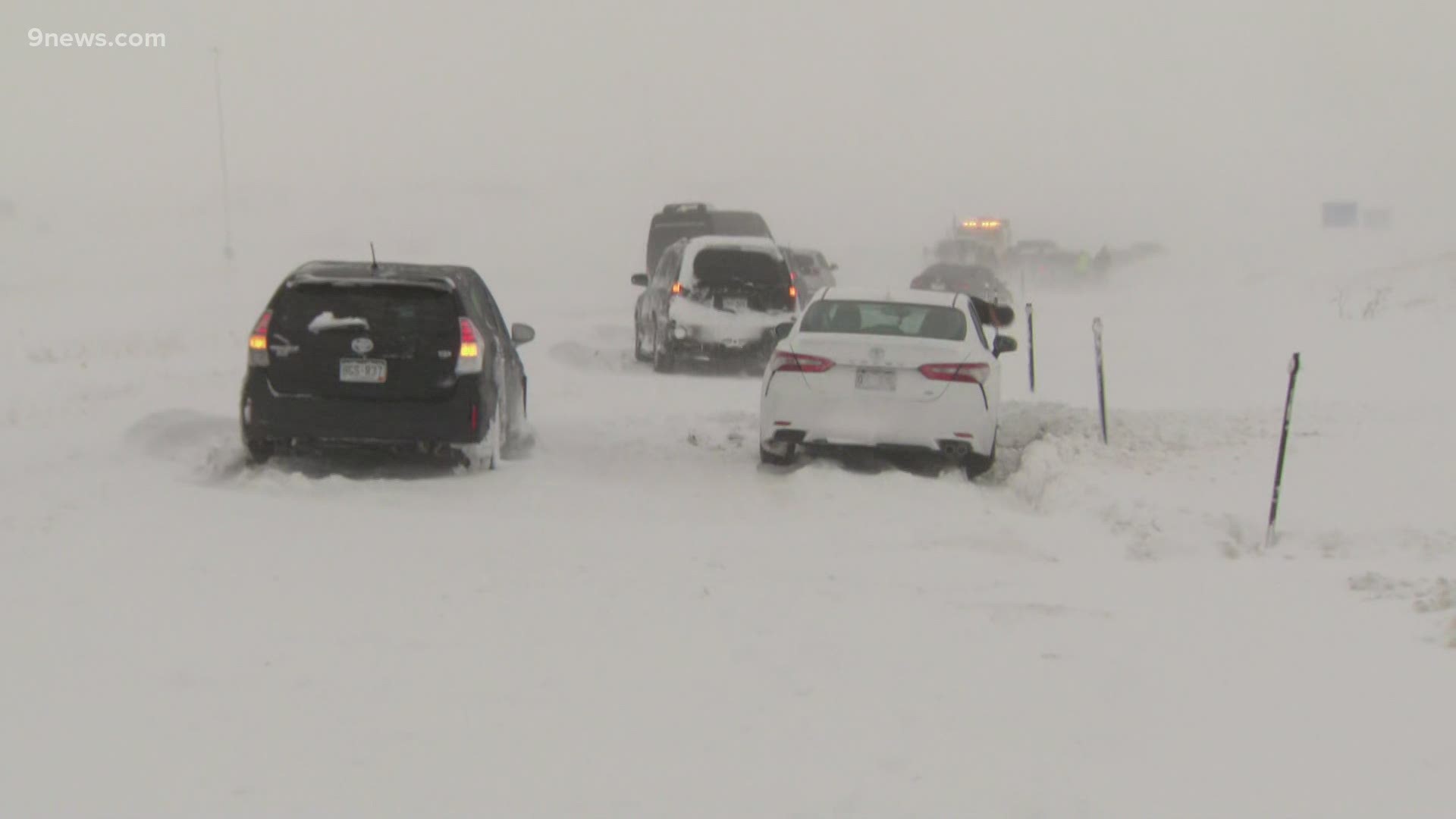 DENVER — Colorado's weekend blizzard had snow totals stacking up in the Denver metro area – leaving many metro drivers and emergency crews looking for an assist from local police after finding themselves stuck on impassable roads or in their cars.

Denver Police (DPD) tallied up how many motorists they assisted from Sunday into Monday morning and tweeted out those totals including:

Aurora Police (APD) updated its blizzard response numbers on Monday after responding to stranded motorists, traffic accidents and emergency vehicles getting stuck in the snow:

APD BLIZZARD RESPONSE UPDATE: #WinterStornXylia
212 stranded motorists were rescued by APD. We responded to 19 traffic crashes. We assisted 5 @AuroraFireDpt apparatus and 6 @FalckRockyMtn ambulances getting out of the snow.

"They are double checking areas in east Aurora where most people were stranded. Efforts are still being made to check on and tow abandoned vehicles on 56th Avenue," APD tweeted.

The department said teams are only responding to rural areas of the city where the roads are impassable and drivers don't have any way to get out or get to a shelter for safety.

We will not be responding to inner city side streets where people may find themselves stuck in the snow unless it is a life safety issue. We recommend calling a local tow company or roadside assistance company for help.

Denver Fire answered the call of Denver Health paramedics who needed help getting to a patient through his snowed-in front door.

Aurora Fire Rescue on Monday tweeted an update to the work their rescue crews put in Sunday night and into Monday morning.