Some roads, despite the confidence of the driver, won't be passable in this weekend's snowstorm. Would CDOT act preemptively? 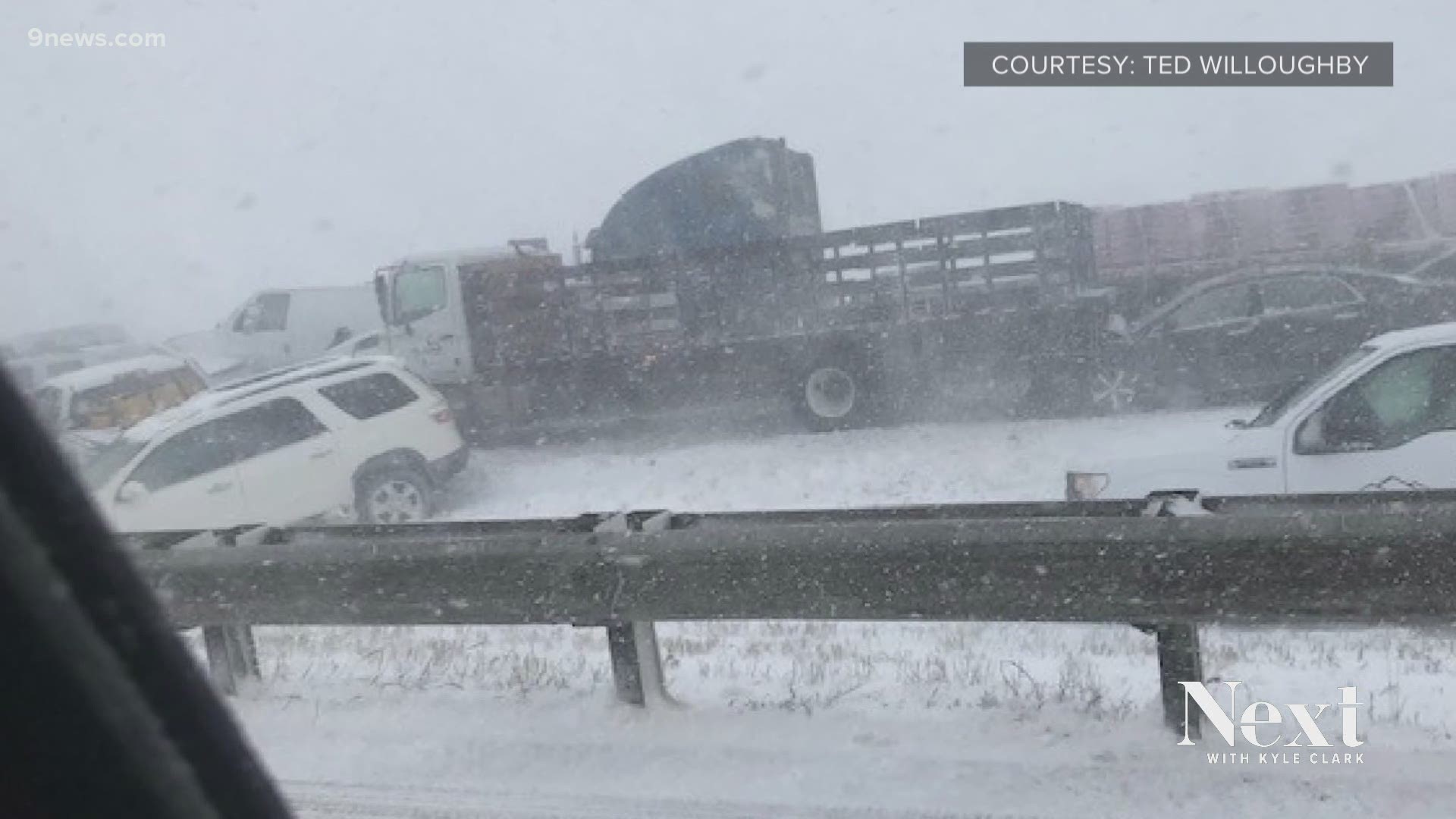 DENVER — During a snowstorm with potential snow totals in feet, it's inevitable. Drivers will get stranded on a highway in undrivable conditions.

History tells us it's going to happen.

Does it have to happen?

Why doesn't the Colorado Department of Transportation (CDOT) and Colorado State Patrol (CSP) shut down highways before they become spun-out parking lots?

"Are we going to shut down a road before it gets to a point where it's completely blocked? That's kind of a tricky question," said CSP Trooper Gary Cutler.

It turns out CSP doesn't close highways, but rather assists CDOT in the closure.

The mindset is also, let drivers get to where they can, while they can.

"There's a lot of commerce that goes on the road. There's a lot of people that have appointments. They have jobs, they have various things, so we don't want to prematurely shut down a road or even suggest shutting down a road. We want to get to that fine point of giving people as much time as we can on those roadways, but get it shut down before it gets to where people get stuck."

RELATED: Some changes to timing and duration of weekend storm

RELATED: How Denver is preparing for this weekend's snowstorm

"I know how I can drive, so yeah, I would have been upset," said Marie Carrico.

Carrico is a native, who prefers to have the choice to drive on a snowy road if she thinks she can make it. Which is what happened this time two years ago during the Bomb Cyclone when she was driving with her teenage son and dog to Pueblo.

"We were trying to beat the storm and made it all the way to Castle Rock, things were good and then the storm moved in pretty quickly," said Carrico. "I wasn't too far from the Greenland exit."

That's where she would stay until it got dark.

"We stopped for about 10-15 minutes, and then a state trooper came walking down the highway and was like, 'We're going to have to turn you guys around and have you get off in Greenland," said Carrico.

That meant driving the wrong way on I-25.

"Apparently, communication between CSP and everybody else, they didn't stop the rest of the traffic, so there was about a dozen of us facing the wrong way on the highway and everybody else was butted up to us, so we couldn't go anywhere."

CDOT is already warning drivers to get to where they need to go by Friday night. At a news conference with Gov. Jared Polis (D-Colorado) Thursday afternoon, CDOT reiterated that drivers should listen, not so much that the "road closed" gates need to come down.

"If you can remember the Bomb Cyclone a couple of years ago, some motorists failed to heed CDOT's and CSP's advice, and as a result, we had hundreds of motorists stranded within the I-25 gap area," said CDOT Maintenance and Operations Director John Lorme.

If we're going to rely on drivers to make the best choice again this year, how do we end up with a different result?

"Two semis actually collided and stopped," said CDOT spokesman Matt Inzeo. "If we had had people traveling to conditions and to recommendations at the time, it would have been a situation where we could have held the road open a little longer."

Closing a road to traffic requires staffing at the closure point and at on and off-ramps to keep drivers from finding different ways onto the road.

"If we can anticipate a safety issue and close a road ahead of that, we absolutely will do that," said Inzeo.

Even though Carrico prefers to have the option to drive, she plans on staying inside. She lives in northern Colorado where she could get feet of snow.

"Even if you are a good driver, you know how to drive according to conditions, other people may not, and you find yourself stuck in a situation that you, more or less, put yourself in because you can't control what everybody else does," said Carrico.

RELATED: RTD warns of delays ahead of heavy snow expected this weekend