'There's just no place I'd rather be': How 2 women found their passion for storm chasing

Two Colorado women share how they found a love for storm-chasing, and how women are becoming more present in the industry. 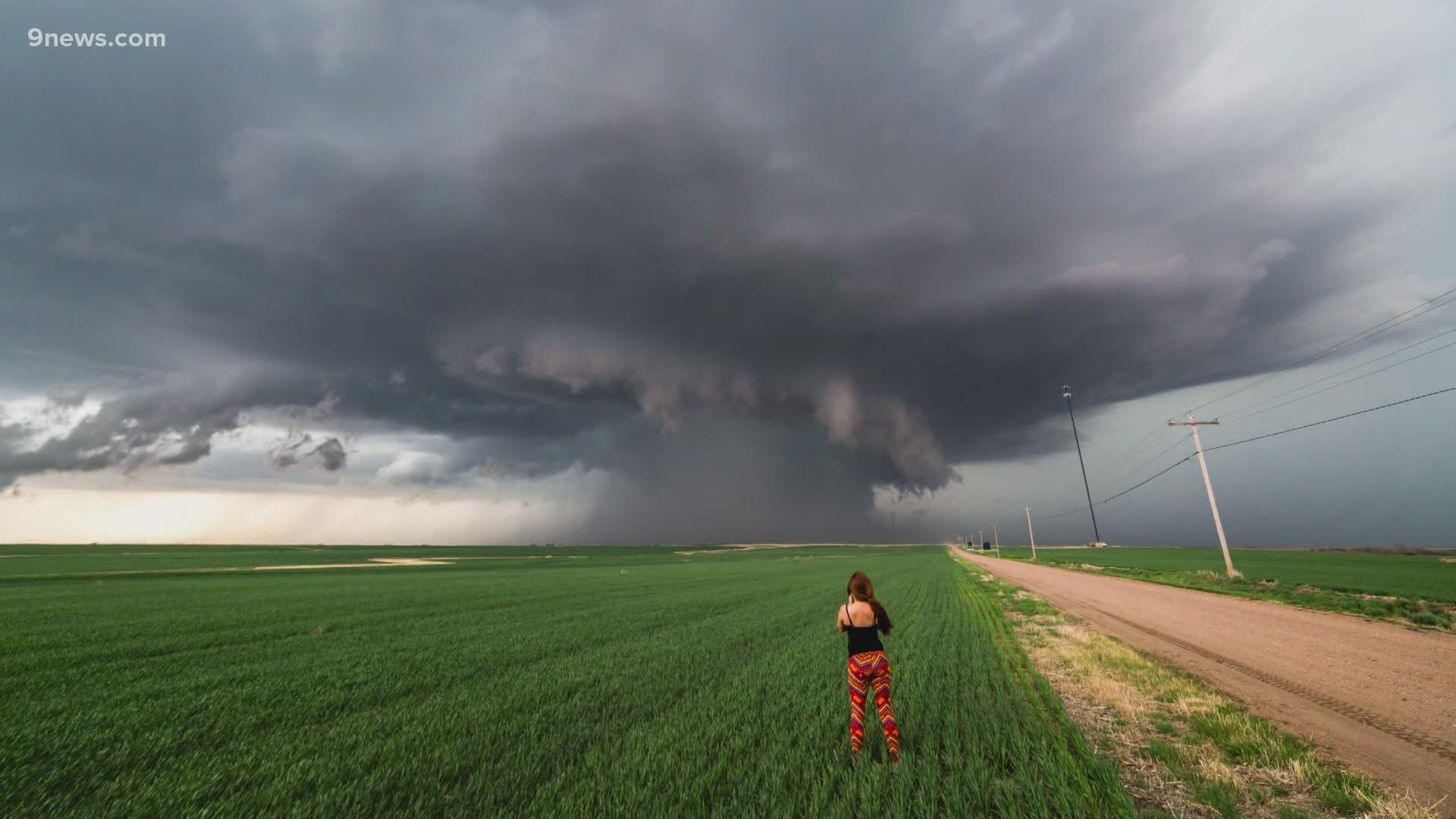 COLORADO, USA — Not many people have the desire to drive towards severe weather.

Most storm chasers I know, including myself, say we are just born with it. And as soon as we figured out that it was in us, and that we loved it, the better our lives became. That goes for men and women alike.

I have noticed over the past few years that there are more women storm chasers out there. There is no formal storm chaser’s organization or any other type of governing body, so there is really no way to track a rise in numbers.

So, I interviewed a couple of local women to get some insight: Jessica Moore, a storm chaser from Colorado Springs who is now pursuing storm research as a career; and Jen Walton from Broomfield, who altered her career after uncovering her love for storm chasing later in life.

9NEWS: Why do you chase storms?

Jessica Moore: I’m out there because I want to see nature's beauty. It’s my home away from home. Being under a supercell – there’s just no place I’d rather be.

Do you remember the moment you knew chasing was for you?

Moore: Yes. It was when I saw my first tornado on the eastern plains of Colorado. It was near a town called Eads in 2015. I remember seeing the white tendrils of condensation swirling around each other, reaching for the ground. I knew at that moment it was something I wanted to do for the rest of my life.

Is a tornado the ultimate prize for a storm chaser?

Moore: Absolutely, but there is so much more to it. I just love to see the supercell structure of thunderstorms. Or maybe it’s something like a beautiful mammatus sunset. I always walk away from a storm chase with a really good feeling.

Do you feel like there are more female storm chasers these days?

Moore: I’m seeing such a growth, such an explosion of more and more women getting into meteorology and especially storm chasing. In the last five years, I have noticed a ton of women storm chasers.

Moore: I think so. Most people just assume that you’re out there chasing with some boyfriend, and they don’t take you too seriously. I just try to stay positive and let my work speak for itself.

Are there any female role models that you look up to in our field?

Moore: Ginger Zee comes to mind, but she’s a studio forecaster. In the field, probably number one would be Karen Kosiba. She’s been involved in such incredible research with the Doppler on Wheels. She’s the one I kind of emulate myself after.

Can you see yourself being a role model for other women?

What’s next for you?

Moore: I just finished my meteorology degree last year, and I would like to take some time to enjoy storm chasing this spring and summer.

When did you start storm chasing?

So you changed your lifestyle?

Walton: At some point in our lives we all get faced with some wakeup calls. For me, I got a big one in 2015 when I was diagnosed with Type 1. That led to some soul searching. I felt like my career was fulfilling, I had great friends, lived in a wonderful place, but I just felt like I had an itch I couldn’t scratch.

Was that itch storm chasing? What did you do?

Walton: Yes, storm chasing and photography. I left my job and started my own communications consulting business so that I could travel and devote more time to storm chasing.

Y’all. She has arrived! 😭
This is a major life transition, and I’m soooo ready for it. Now bring the storms! #Nikon #photography #stormchaser pic.twitter.com/jZwF7nTzFT

Do you feel like you made the right decision?

Walton: There’s nothing quite as satisfying as being exactly where you want to be and knowing that the only reason you’re sitting there in that moment is because you got yourself there.

What was stopping you from doing it sooner?

Walton: When I looked at storm chasing, especially in traditional media, I just didn’t see people that looked like me. I didn’t see women in any of those shows. Twister was the one movie that had a female in a lead storm chasing role, but she was a meteorologist. Again, not me.

So for a while I’ve been pondering the notion of doing a short video/interview series on #women in #stormchasing. There are fascinating stories of empowerment, discovery of self, & all around badassery that aren’t being uncovered by traditional media & podcasts. Is this valuable?

Do you see women in storm chasing now?

Walton: I see it now. I’ve been seeing a big push from women in STEM, and women scientists, and I’m wondering if that’s now pushing into storm chasing. I think the women have always been there, but now they are getting more vocal, more confident, more present.

What do you like so much about storm chasing?

Walton: There’s almost no greater sense of accomplishment, actually — to do the forecasting, forecast correctly, position correctly, and then just sit there and watch the magic.

What is your advice for other women?