Farmers were worried the low temperatures would damage their corn. The winter storm helped their crop instead. 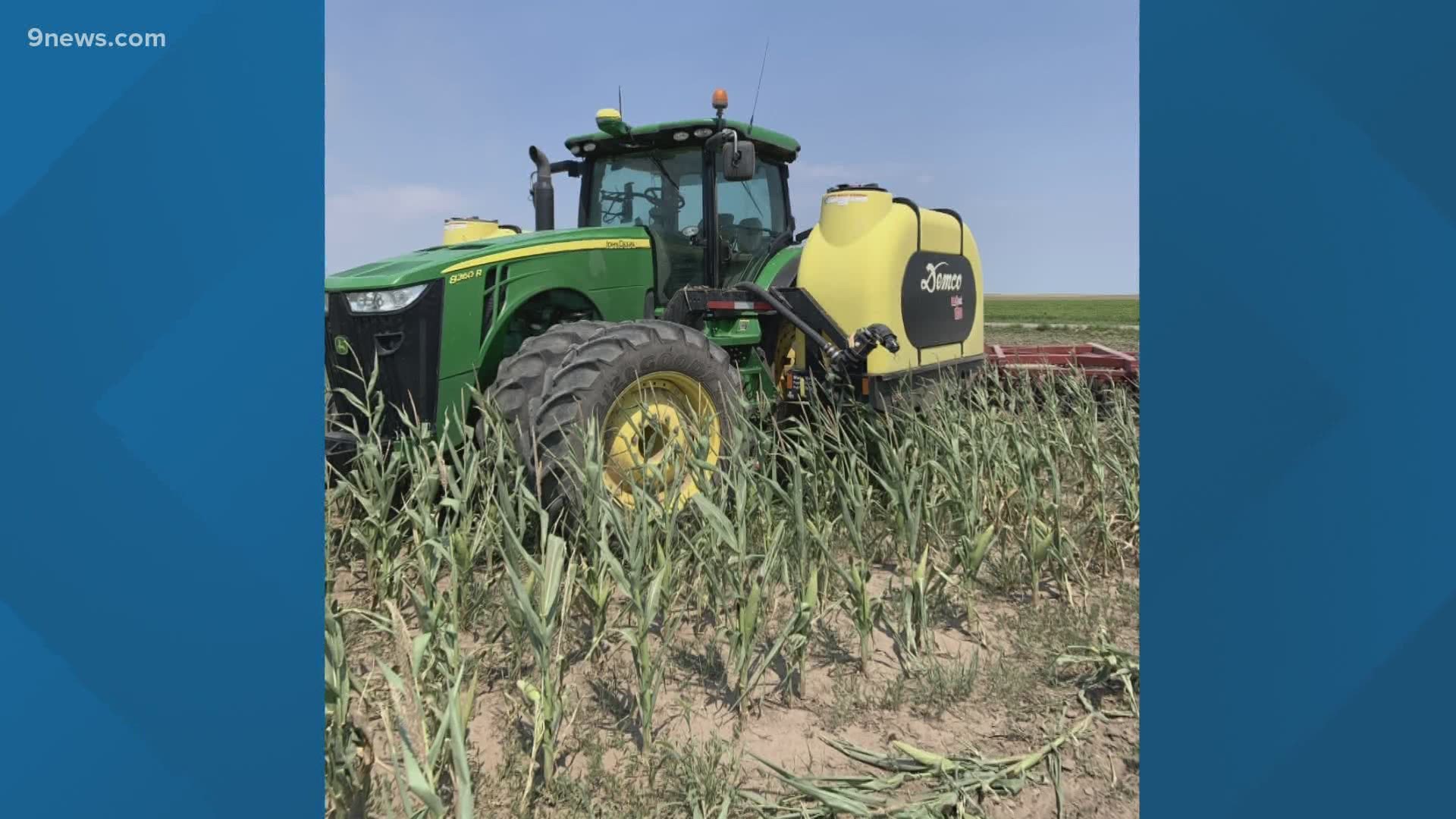 COLORADO, USA — The rare September snow last week was a reason for stress among Colorado's corn farmers. This week, however, it's a reason for celebration.

"We were worried about the snow, the cold, the forecast. But as it turned out, the good lord has shined down on us," Colorado Corn Growers Association Director Mike Lefever said proudly.

Colorado's corn crop survived the winter storm. Lefever explained the temperatures did not get low enough to severely damage Colorado corn farmers' crop during that early freeze. The Growers Association initially thought they were going to lose 10% of their crop. Lefever said that would have amounted to $60 million lost.

"I think everybody's breathing easier right now, at least better than two weeks ago when it's so hot and so dry," Lefever said. "At least now we got a little bit of optimism. Of course being a farmer, wait until next year, the eternal optimist."

Farmers have already lost much of their corn to the drought this year. Lefever owns a farm near Yuma. He was one of the farmers who lost his entire crop because of the hot, dry weather conditions this summer.

The loss was one of the reasons farmers were watching the winter storm so closely, according to Lefever. They needed to salvage as much as crop they could.

"It's a tough deal for farmers right now," Lefever said. "If it isn't the drought, it's the freeze. If it isn't the freeze, it's too much rain. I wish we could turn that spigot on and off when we want to."

Luckily, the rain and snow Colorado corn farmers saw last week was just what they needed. Lefever explained the moisture will help fill out the corn kernels a bit more before the harvest in a few weeks.

"This obviously didn't fix the drought but it sure did give us some optimism," Lefever said. "Just when we're about to give up, they send us a little more rain."

The Corn Growers Association said members will start looking toward the future. Always watching the forecast, farmers are hoping for enough snow this winter to build up the soil moisture. Lefever said that will put farmers in a good position when they begin planting seeds next season.

RELATED: Extreme drought in Denver for first time since 2013