5 things to know about this weekend's winter storm

People across Colorado are being told to avoid traveling and to prepare for a storm forecasted to dump more than a foot of snow on the Front Range. 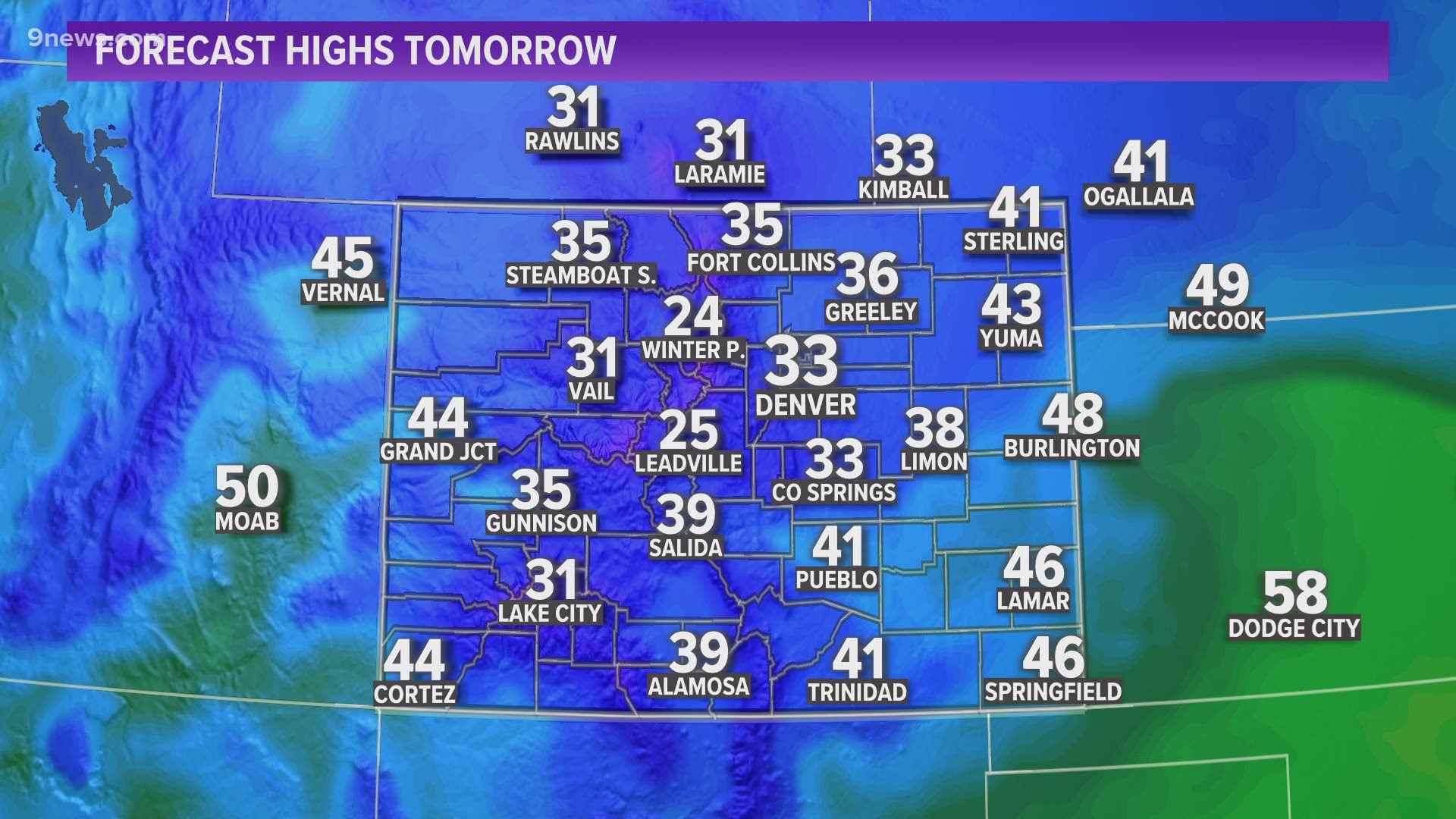 DENVER — Snow has started falling across the Front Range, with the bulk of the snow expected to start falling at sundown Saturday and into Sunday.

Snow totals along the Interstate 25 urban corridor will likely be in the 4-6 inch range by Saturday night, and the trend continues to support lower snow totals overall in the urban corridor, especially east of I-25, with a 6-12 inch spread and up to a 12-18 inch spread likely.

The biggest impact for this storm system will be in the northern mountains east of the Continental Divide. Two-4 feet of snow are expected near Estes Park. Closer to the I-70 corridor, 2-3 feet are in the forecast. Winter Storm Warnings are in effect through early Monday morning. Wind will also be a concern with gusts near 30-40 mph.  East of the Continental Divide, forecasted totals are closer to 5-16 inches.

Colorado is no stranger to winter storms, but that doesn't mean you shouldn't take some time to prepare.

Here are five things we know about this storm so far.

When will the snow start and what should we expect?

Light snow could keep falling until Monday morning, but at this point, the heaviest snowfall is expected over the weekend from Saturday evening into Sunday.

Here's what the National Weather Service said about timing as of Saturday afternoon:

It's harder to predict snow totals than timing. This is because the models change every six hours, and those are based on probability more than concrete information.

Here's what the National Weather Service says to expect in terms of when different regions will be impacted by the storm as of Saturday afternoon:

What is Colorado doing to clear the roads?

The Colorado Department of Transportation (CDOT) is asking people to avoid traveling during the storm, which could lead to closures on major roads including Interstate-25, I-70, I-76 and US 285 (I-70 has already closed between Silverthorne and C-470 due to the conditions).

CDOT crews will be out in force and plowing roads, with much of their focus on the above interstates. Crews will make multiple passes on these roads during the storm.

Plows will not be able to plow the secondary routes until the worst of the storm has passed. This means many roadways could be heavily snow packed, making for hazardous driving conditions, according to CDOT.

If you must travel this weekend, CDOT said to get to your destination before the storm hits.

For more information on preparing for the snow, chain and traction laws, and other winter storm-related guidance, go to winter.codot.gov.

RELATED: How Denver is preparing for this weekend's snow storm

Denver will deploy its big plows to the main streets, its residential plows to the side streets and heavy equipment, if needed, to move heavier accumulations of snow caused by drifting.

As snow starts to accumulate, residential plow drivers will take a single pass down the center of each side street, the city said. Additional passes by residential plows are also expected throughout the weekend.

Denver International Airport has only been closed a handful of times because of snow. The airport said it prepared more than 200 pieces of airside snow-removal equipment, 120 pieces of equipment for parking lots and roads, and more than 500 snow-removal personal for the storm.

Travelers should nevertheless check their flight status before leaving, as well as conditions on Pena Boulevard.

Is Xcel preparing for power outages?

In a bulletin sent to the media, Xcel Energy said it prepared to increase the number of employees and contractors who are on call to respond to damage to power lines caused by heavy snow.

Because the snow could make road conditions difficult, Xcel said it is making snow chains available to the employees on call.

“We have a seasoned crew well versed in quickly and safely restoring power in the  most extreme conditions, and this storm is no different," said Mark Newby, Xcel's control center and trouble operations director in Colorado. "We are ready to respond."

RELATED: 'Strong risk of failure': Most aspects of US infrastructure get a 'D' in report card

To help conserve power during the cold snap, Xcel provided the following tips to customers:

Will the storm impact COVID-19 vaccine appointments in Colorado?

Multiple providers have rescheduled vaccine clinics due to the storm. They said they are reaching out to patients directly.

Check out the link below for a list of what each provider is doing.

Before hitting the road this weekend, it's best to confirm your appointments with your provider or potentially reschedule.

What should you do to prepare for the winter storm?

The National Weather Service has this graphic that explains how to prepare for potentially severe weather up to 48 hours out:

We are less than 48 hours away from our expected major snowstorm. Use these lists as a guide to be #WeatherReady.#cowx pic.twitter.com/pcD9rJbMrt

Here are some things you can do to prepare your home:

Help us tell the story of the storm by uploading your photos to the "Near Me" section of the 9NEWS app! 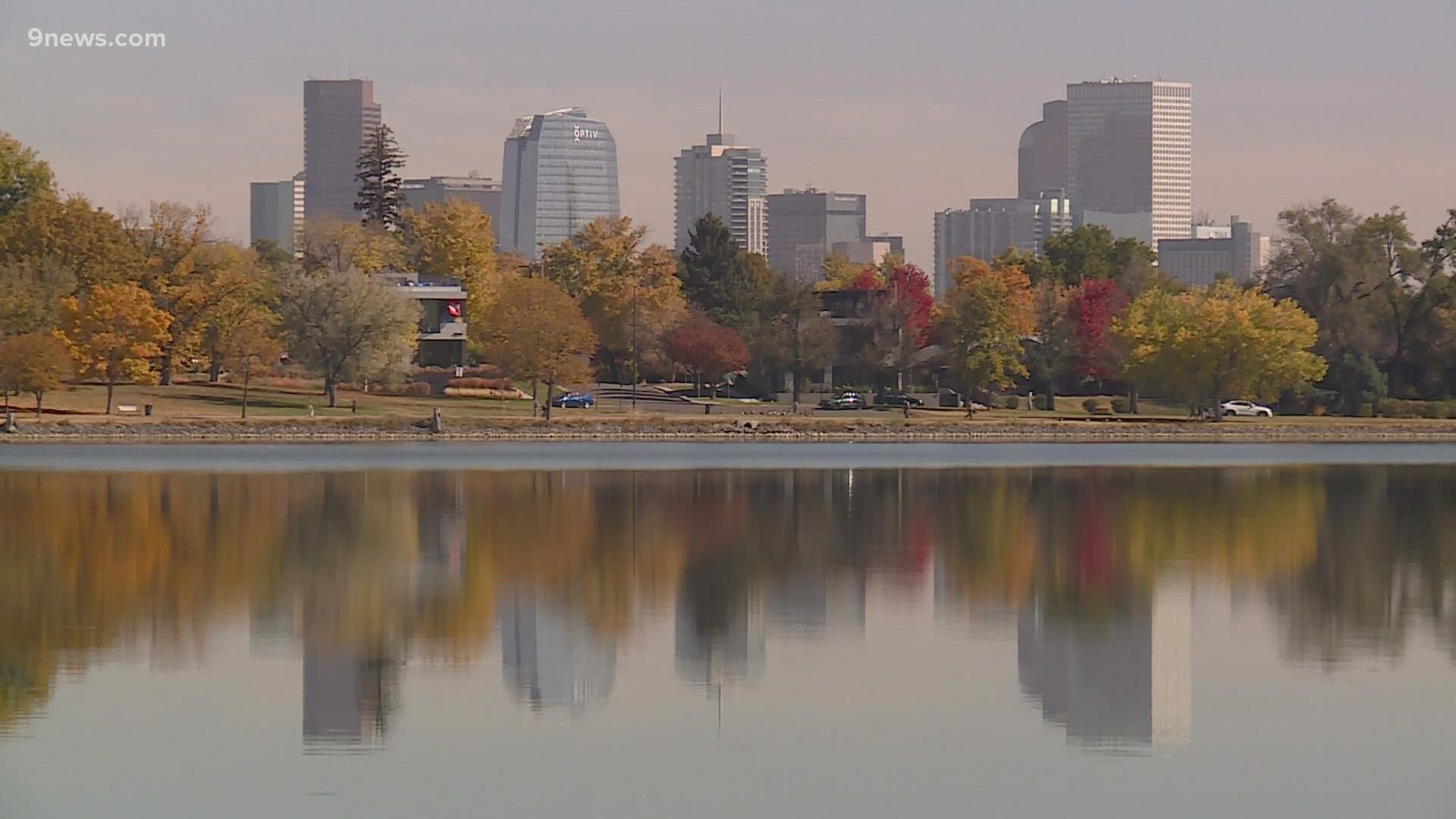