Can we call these Denver hot temps a heat wave?

On the East Coast, three straight days of 90 degrees or above equals an 'official' heat wave – Denver has no such definition. 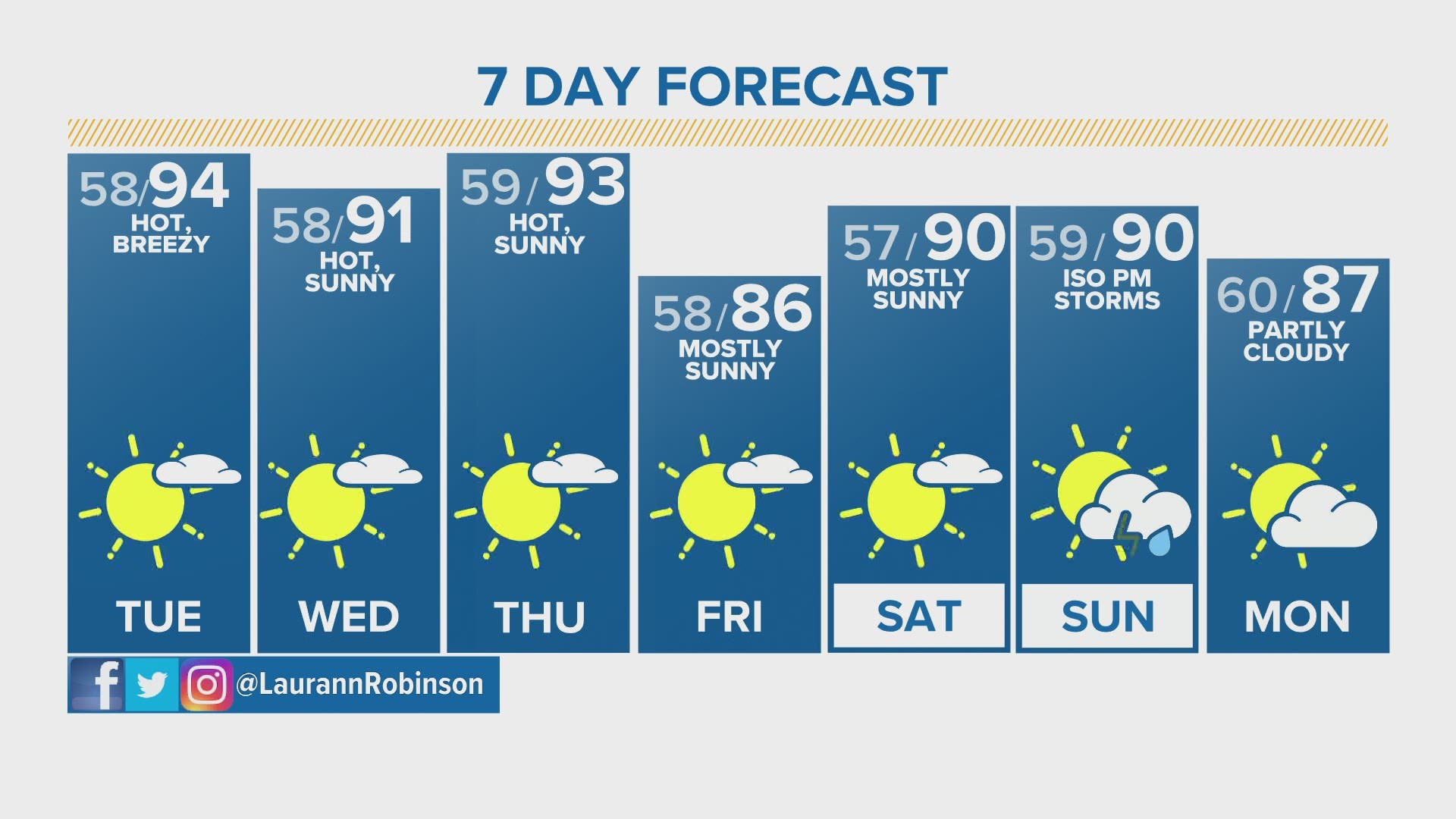 DENVER — With Denver set to hit 90 degrees every day through at least Thursday this week, you might be wondering if this week's sizzling heat officially qualifies as a heat wave.

First, for starters, you might know that Denver hit 90 degrees both Saturday and Sunday, and our 9NEWS forecast calls for highs topping 90 each day through Thursday. That means Denver's likely to reach 90 degrees or above for six straight days, a pretty impressive streak for this early in the summer season.

But, does that qualify as an official heat wave?

If you're from the East Coast, you might know that the widely-accepted official definition for a heat wave there is three or more consecutive days of 90-degree (or higher) heat.

We gave a quick call to the National Weather Service (NWS) office in Boulder, and it doesn't appear that there is an official such definition for a heat wave in Denver, which averages 44 days of 90-degree heat each year.

RELATED: How many 90-degree days does Denver see each year?

However, there are official NWS criteria for exceptionally rare heat advisories and excessive heat warnings in Denver.

Of course, in famously dry Denver, the heat index or 'feels-like' temperature is often lower than the actual air temperature. That makes it extremely rare for Denver's heat index to get above 100 degrees, therefore making heat advisories nearly unheard of around the Mile High City.

In fact, based on a preliminary search of NWS records dating back to 1986, only one heat advisory has ever been issued for Denver, and that took place on Aug. 1-2, 2008.

But, back to heat waves, which have an official definition on the East Coast, but don't appear to have one in Colorado. With Denver's 44 90-degree days on average each year, you could compare that to New York City's 16 90-degree days per year or Washington D.C.'s 28 days at 90 or above.

That would have you roughly doubling the threshold for Denver, if you were to make an apples-to-apples comparison (New York and Washington are, of course, far more humid than Denver).

What should Denver's official definition of a heat wave be? #COwx #9wx