Congratulations, Denver: It's officially our hottest day so far this year

With a high temperature of at least 95° on Thursday, it's our hottest day since last September. 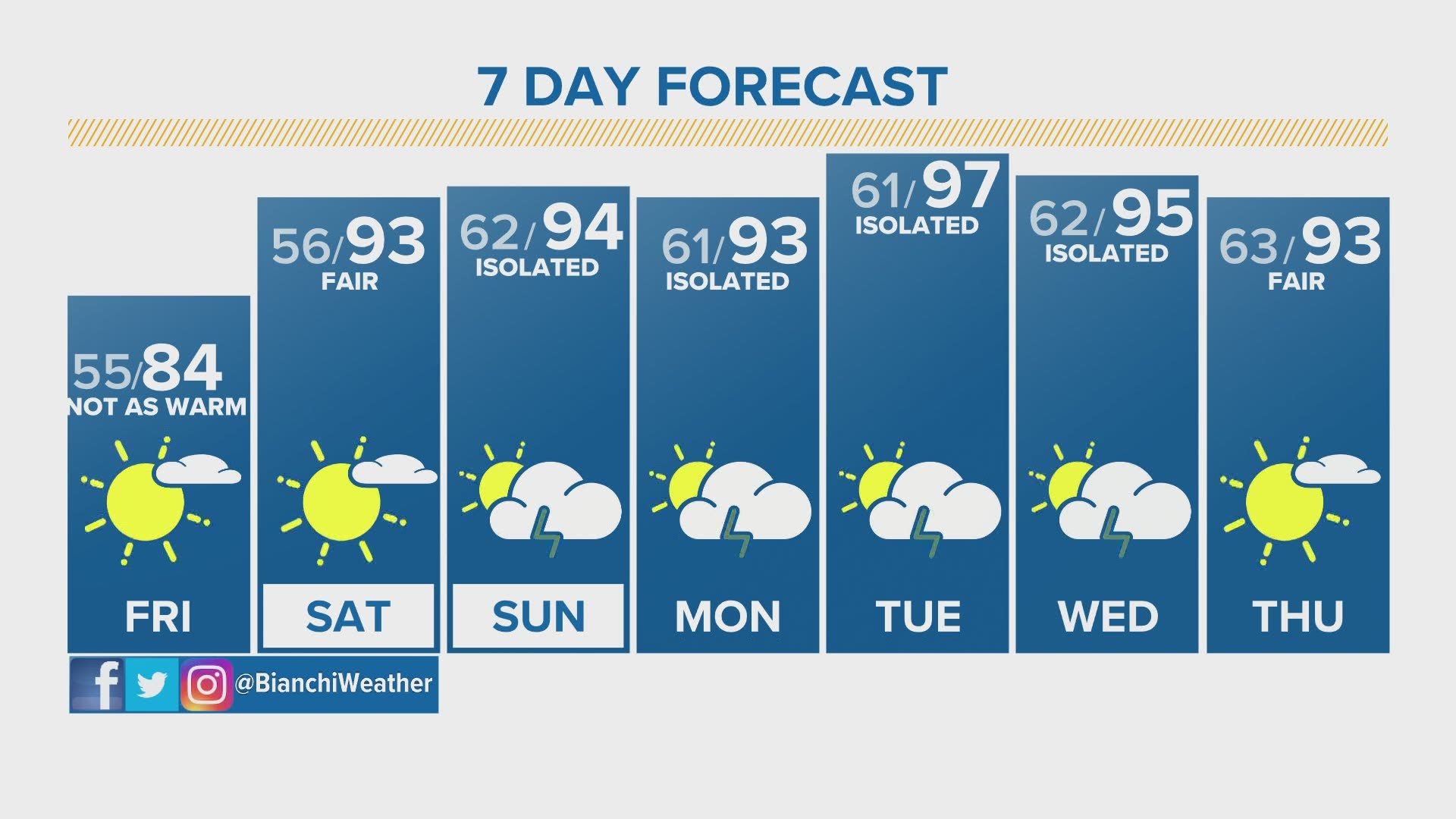 DENVER — Break out the balloons: Thursday officially marked Denver's hottest day so far this year and the city's hottest overall day since at least last September.

Denver International Airport reached 95 degrees at 2 p.m. on Thursday, making it the city's hottest day so far this year. The temperature could still rise a few more degrees, and we'll update this story if that happens.

The previous hottest day so far this year took place a few days ago, back on Wednesday (June 8), when Denver hit 93.

Perhaps more significantly, it also marked the fifth day in the last six that Denver hit 90 or above, continuing a prolific early season heat wave.

Denver's average high for this time of the year is in the low 80s.

Despite the heat, though, it didn't appear to match the daily record (99 degrees, set back in 2013). It also likely won't crack triple-digits, though it would have marked the earliest 100 degree reading in Denver's history if it had.

RELATED: Can we call these Denver hot temps a heat wave?

And don't look now, but we could be looking at upper 90s to perhaps triple-digits next week. It may technically still be spring (summer officially begins on June 20), but it's sure feeling like the dog days of summer.

Triple-digit heat definitely possible in Denver next week (assuming we don't get there today).

Euro has Denver at 100°+ next week in Denver as the bulk of a ridge builds in over us. Fun.

Numbers below are a bit high, but if current pattern holds, probably not by much. #COwx pic.twitter.com/RGRRivx6zX

RELATED: How many 90-degree days does Denver see each year?