Denver off to its hottest start to September on record

And it'll stay well hotter than average through this upcoming weekend. 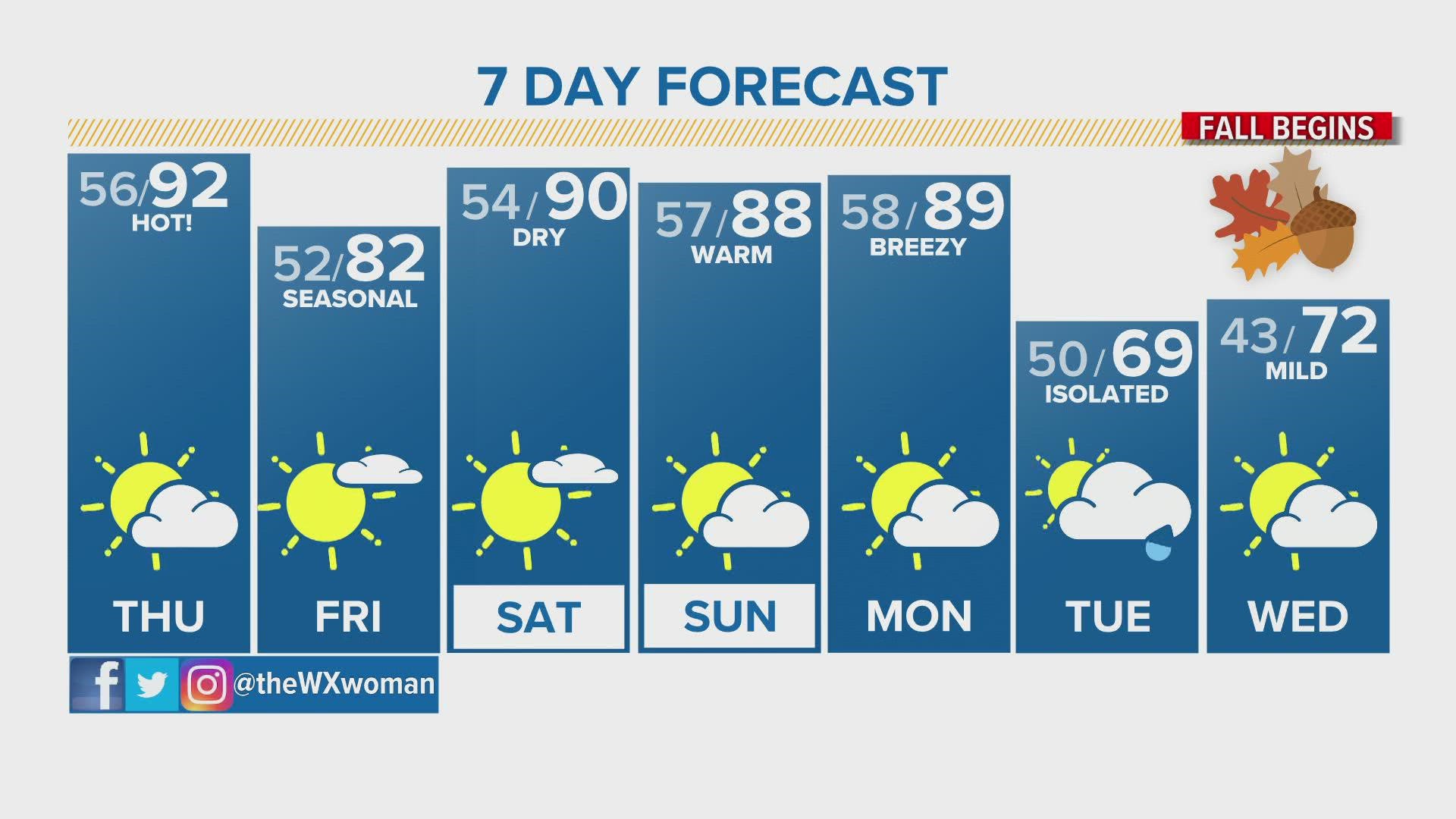 DENVER — Denver's off to its hottest start to September on record, based on preliminary statistics from the city's official climate site at Denver International Airport.

With an average temperature of 73.0 degrees at DIA through Tuesday, Denver is tied with 1931 for the hottest opening two weeks of September on record. It's a near-guarantee that Denver will take the lead over 1931 after a scorching week of temperatures ahead.

Highs in Denver will likely be around 90 degrees through this upcoming weekend, close to 10 degrees above the average for mid-September. That'll undoubtedly boost Denver's average monthly temperature further above average.

However, a big cooldown next week could throw a wrench into Denver's chances of finishing with one of its hottest Septembers on record, though that'll depend on the exact forecast.

In the meantime, a persistent ridge of high pressure anchored over the Southwest has kept Denver and much of Colorado locked in an unusually hot pattern all month long. Last week, Denver recorded three straight days of record high temperatures, and the city's roasted in five days with a high temperature of 90 degrees or above so far this month.

Denver hasn't dropped below 51 degrees so far this month, though some fall-like 40s are likely next week with the upcoming cooldown.

It's not just Denver, either: Colorado Springs, Limon and Trinidad are also off to their hottest Septembers on record, through Tuesday.