A detailed look at Colorado's 4th of July weather forecast

Showers and storms could mess up some fireworks plans, but not everyone will see a storm. 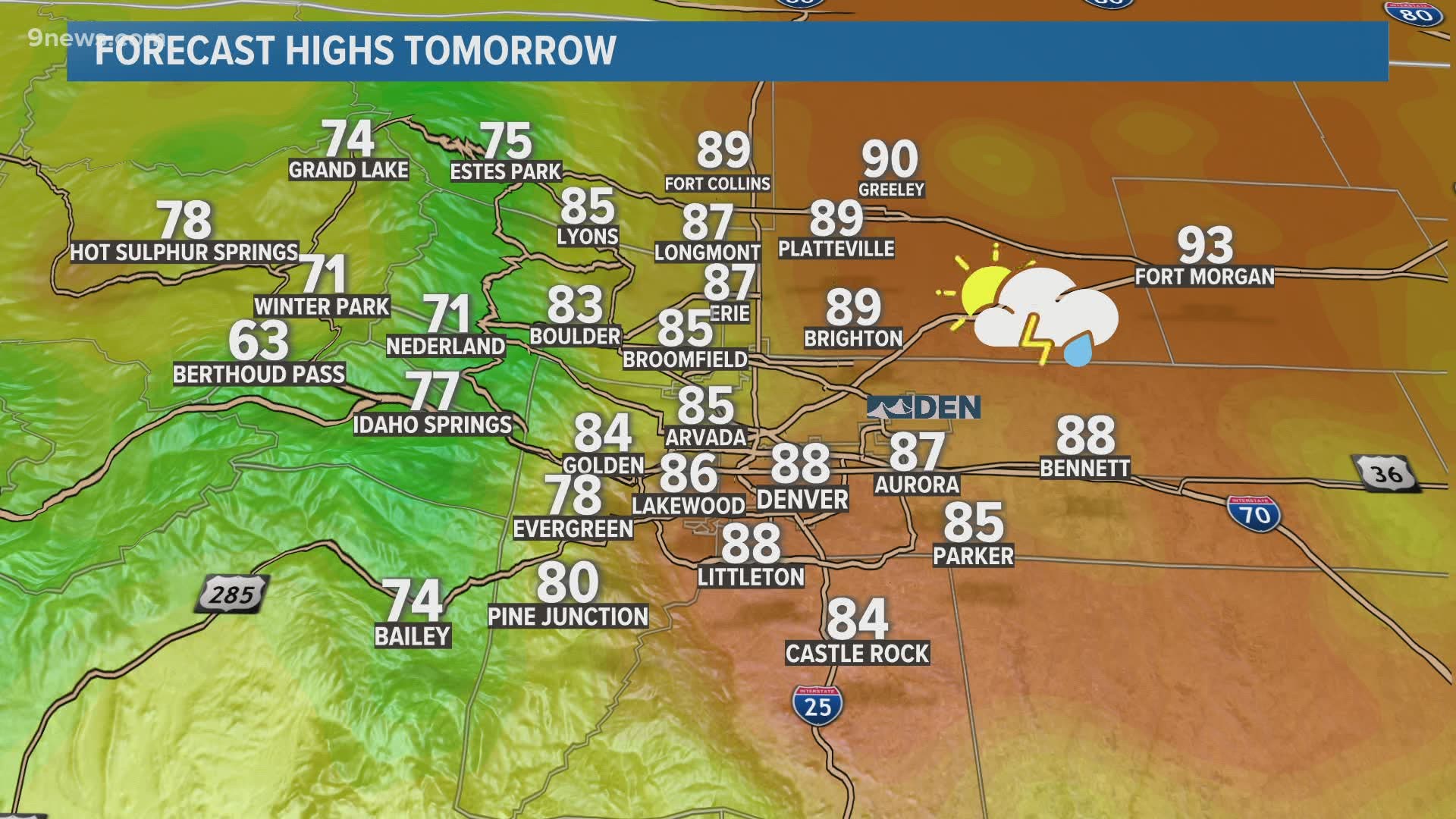 DENVER — As always, the biggest threat to 4th of July fireworks shows is Mother Nature. And that'll likely be the case again this weekend.

Scattered showers and storms will likely disrupt at least a few fireworks shows this weekend.

After a relatively cool week, however, temperatures should at least bounce back closer to seasonable averages by the weekend, making it feel more like early July.

RELATED: Here's where fireworks are and are not legal in Colorado

To be perfectly clear: this isn't going to be a widespread, end-to-end washout kind of a weekend. Many, and perhaps most, fireworks shows will go off without an issue.

But those that will get impacted could get washed out. A fair bit of moisture will be around this weekend, leading to what appears to be a decent coverage of storms for most of the state.

Thanks to a weather pattern that'll result in little upper-air flow, slow-moving storms look likely, which means that places that do get hit by a storm will probably feel its wrath for some time.

However, in traditional Colorado style, the storms will be hit-or-miss, meaning many locations should also end up with plenty of sunshine.

For Denver specifically, it looks like we'll have a less than 50% chance of seeing a storm for both Saturday and Sunday. So don't cancel those barbecue or fireworks watching plans - just have an indoor alternative in mind!

RELATED: Map of 4th of July firework shows across Colorado

At this point, the setup looks pretty similar both days. Our pattern isn't really changing a lot, so expect a similar forecast between the two weekend days.

That said, the area of high pressure to our southwest seems to want to try and expand in our direction as we head through the weekend, which may give a slight lean to Sunday over Saturday.

But don't expect any big changes between Saturday into Sunday.

Which part of the state is more or less likely to see a storm this weekend?

Both the mountains and southern Colorado look like they could be in for an extra chance for a storm this weekend. Yes, that's not overtly specific, so let's break that down a bit.

The moisture source for this weekend's storms will be a monsoon-like setup, so the further south you go in the state, most likely, the better the chances for a storm.

Also, an area of high pressure will try and build in from the west, perhaps giving western Colorado a slightly lower rain chance than the eastern half of the state.

Pop-up storms tend to be most common in the mountains, where moisture gets trapped in mountain valleys and differences in heating typically produces extra storms. So if you're camping or in the mountains this weekend, you'll probably have a slightly greater chance at seeing a storm than Denver and the Front Range.

RELATED: Eastbound I-70 reopens through Glenwood Canyon after Sunday's mudslide

However, everyone across the state will have at least some chance of seeing a storm both days this weekend, so keep that in mind for any outdoor plans.

A final note: be extra cautious camping around burn scar areas. We've already seen several scar-related flood events this week, and after a week's worth of storms, areas near fire scars will be extra prone to flash flooding this weekend.