No flights had arrived or departed since the airport's runways closed Sunday afternoon. 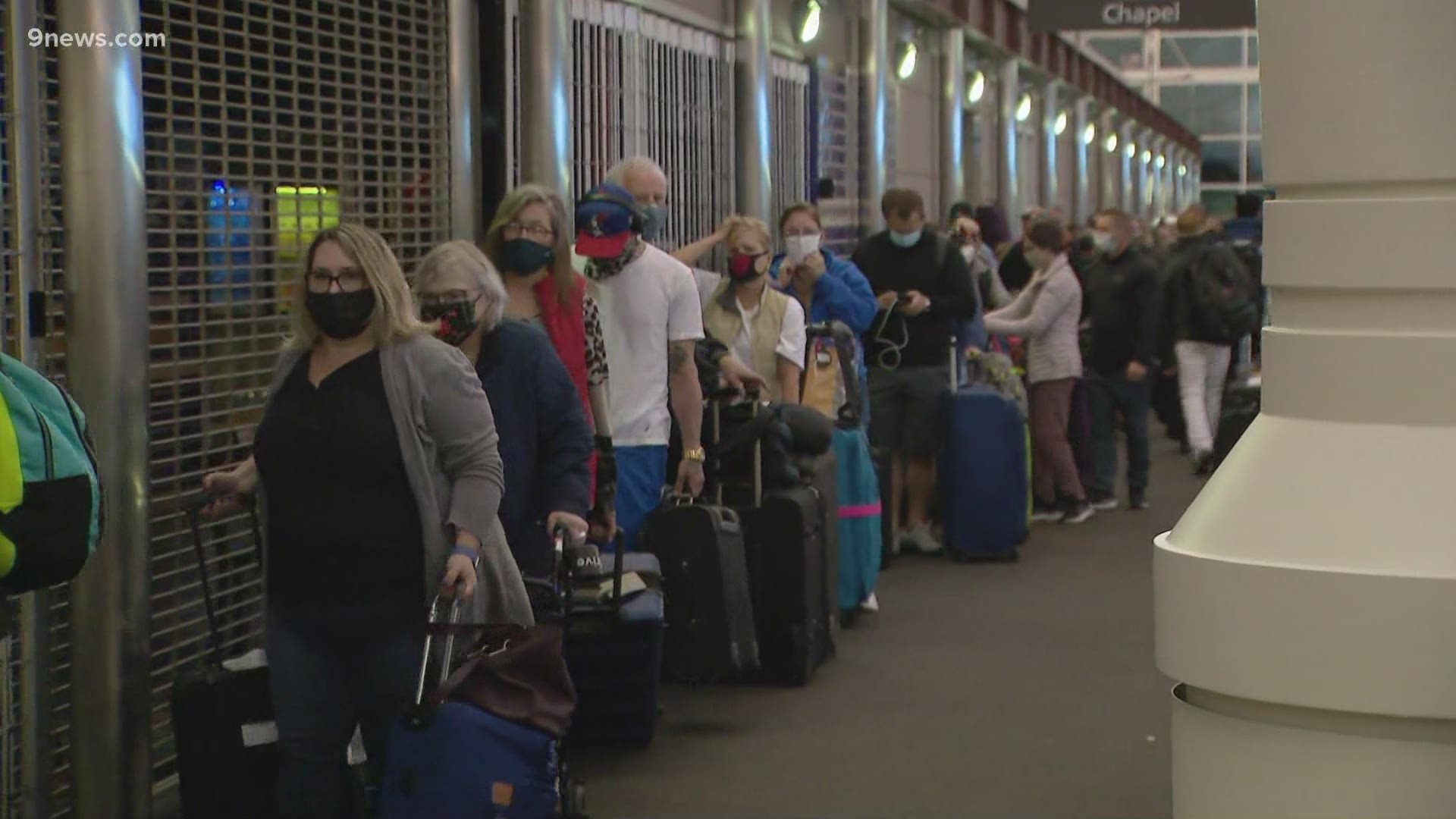 DENVER — Flights have resumed at Denver International Airport more than 24 hours after a storm that dumped 27.1 inches of snow on the facility forced the runways to close and led to the cancellation of about 2,800 flights.

The snow total from this storm is the fourth highest in Denver's recorded history.

The runways at the airport were shut down Sunday after high winds and blowing snow made travel impossible. As of Monday afternoon, four of the six runways have reopened.

"DEN is officially in storm recovery and will continue to clear snow from roadways and remote areas of the airfield," a news release from DIA reads.

Delays and cancellations are still possible Monday night and Tuesday, and passengers should check with their airlines before heading out the door.

This comes after the airport asked drivers to avoid Pena Boulevard on Sunday, saying it is impassable and that multiple vehicles are currently stranded there.

DIA tweeted that crews would be on hand to clear the runways once conditions improve, and that Sunday's closure likely won't have a huge impact since most flights in and out of the airport have been canceled.

At 1 a.m. DEN had received 27.1 inches of snow! Snow has stopped and crews are working hard to clear runways. At this time, all runways remain closed and all morning flights have been cancelled. If you're traveling today, please double check your flight status with your airline. pic.twitter.com/jMWn1nLZlo

Flight tracking website FlightAware.com shows nearly 1,000 cancellations at DIA for Sunday alone. Nearly 2,000 flights were canceled over the course of the weekend due to the storm.

The airport and its services remain open, DIA tweeted.

Denver Mayor Michael Hancock asked people not to drive unless they have to over the weekend due to the storm. It's a sentiment that's been echoed by the Colorado Department of Transportation (CDOT) and Gov. Jared Polis (D-Colorado), who has mobilized the Colorado National Guard to help with rescues.

RELATED: It took the 9NEWS crew covering the blizzard 2.5 hours to get to DIA

These are operated by more than 500 trained personnel, according to the airport.

Airlines are expected to be in full de-icing operations for the duration of the storm, meaning that passengers whose flights aren't canceled should expect a little extra time on the plane before taking off.