Dust from Africa expected to reach southern US

Saharan Air Layer lifts dust into the atmosphere every summer. 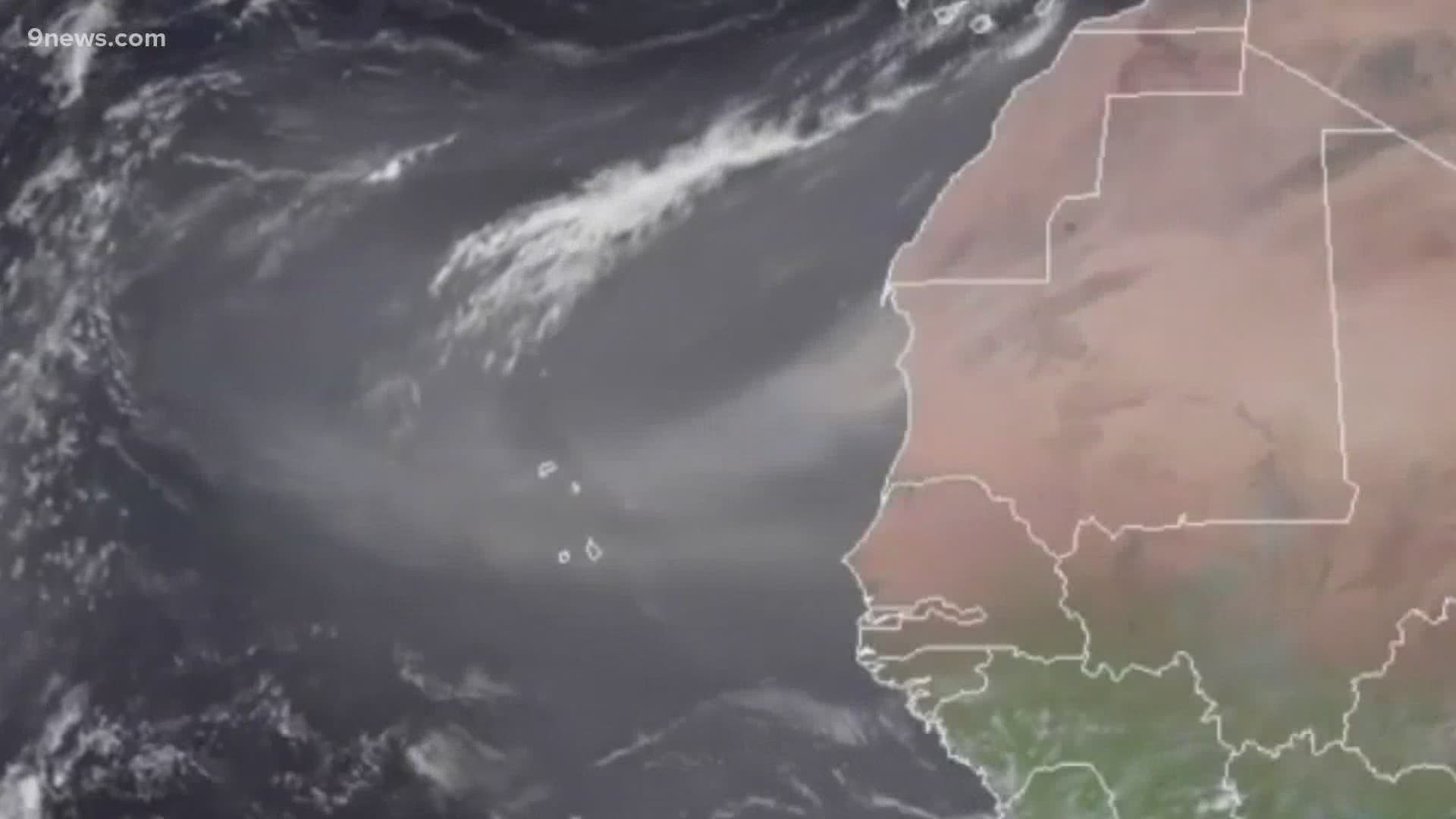 FORT COLLINS, Colo. — A massive dust cloud from the Sahara desert that is already making the sky over parts of the Caribbean look like the southwest U.S. during a dust storm, will make its way into the Gulf of Mexico later this week.

The plume of dust that was blown off the coast of Africa was captured on satellite images on Friday. A flowing section of the atmosphere called the Saharan Air Layer rips the desert sand off the ground every year between mid-June and mid-August.

“I was astounded by the amount of dust that we saw in this case,” said Steve Miller, a senior research scientist and Deputy Director of NOAA’s Cooperative Institute for Research in the Atmosphere (CIRA) at Colorado State University.

Miller helps monitor the Saharan Air Layer daily during hurricane season. He said big dust plumes like this one can stop hurricanes in their tracks.

“They have this effect of warming the air, being associated with dry air, and having strong winds, and those are all really bad news for tropical cyclones in terms of their formation and intensification,” Miller said.

He said that solar radiation is absorbed by the dark dust particles and warms the layer of air they occupy. That creates stable air, which prevents tropical systems from forming.

Tropical storms do not rely on fronts and jet stream divergence for energy like mid-latitude storms do, so they really need the instability of the warm moist air above the sea surface to rise into the cooler air above.

This large dust plume has already arrived in the Caribbean. From Puerto Rico to Barbados, the sky has turned a strange shade of brown. It's one of the largest dust clouds seen in that region in more than 50 years.

The computer forecast model shows the Saharan dust reaching the Gulf States by Wednesday, and a faint layer may even be seen in southeastern Colorado.

There will likely be a low impact here, but Miller said that it will probably create lower visibility and poor air quality for some in the southern U.S.

“Also there’s been some studies about how these little microbes and bacteria can hitch a ride across the Atlantic," said Miller. "Almost like stowaways on these dust particles and float across. And when we breathe those things in that’s another concern for health.”

While this dust layer means a low probability of hurricane formation in the open Atlantic for now, Miller said there is no way to tell if a long-lasting dust pattern will emerge and bust the forecast of an above-average hurricane season.