David Smith and his family were still sifting through the debris of their house Wednesday afternoon after an EF-1 tornado tore through Weld County on Monday. 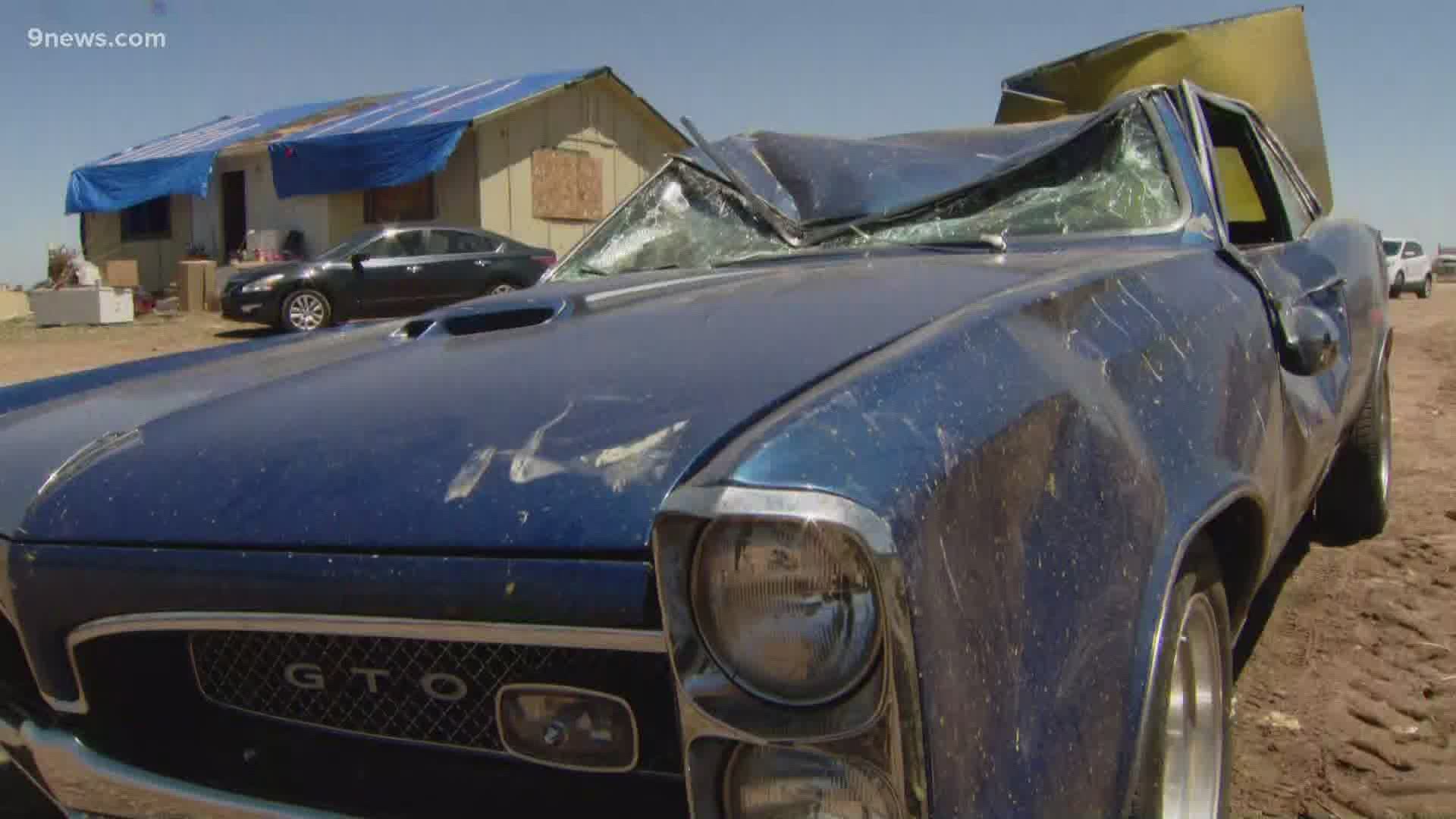 PLATTEVILLE, Colo. — Everything that used to have a place inside David Smith's home was scattered in piles outside of it Wednesday afternoon.

“Oh man, look at all the nails!” Smith said, stepping through his yard off County Road 21 just west of Platteville.

"Here's what’s left of a wrench," he said, picking up the mangled metal tool.

The contents of the home he shared with his wife, two sons and father were spread across the yard. Blue tarp covered the sides of the house where walls used to be before they were torn apart on Monday evening.

“It’s amazing what a tornado will do," Smith said.

On Monday, an EF-1 tornado with winds that reached 99 mph destroyed two homes and damaged three others in Weld County. The county's office of emergency management said two businesses, a feedlot and dairy, were also damaged.

Smith said he and his wife saw the tornado in time to get out its path. They hopped in their cars and watched from a distance.

"You're watching that tornado go through and then you just see all the debris go up in the air and you know that’s all your stuff," Smith said.

The family said they searched for items to salvage, but some things were long gone.

A grill can be replaced, but nothing burns like the loss of a classic car. The blue 1967 Pontiac GTO Smith kept in a garage was totaled.

“I’ve had it ever since I was 11 years old," Smith said. “Me and my dad kind of went through it, rebuilt it and fixed it up and that was my first car.”

As he sorted through the pieces Wednesday, Smith didn't lose perspective.

“The last year or so, we had all those forest fires, and you know, folks have lost their house in a fire, and there’s nothing to even pick through," he said. "I can’t imagine what those families went through.”

The empathy Smith shared must have been contagious. As word spread about his family's loss, friends, coworkers, neighbors and strangers showed up to help.

"All of sudden, out of the woodwork," Smith said. "They’re calling and wanting to help. It’s amazing.”

Smith said members of a high school football team volunteered their time to help the family on Tuesday. A church group was expected to arrive Wednesday afternoon.

Smith and his family were grateful for all the helpers because they need it.

“They’re more than welcome to come out and help," he said. "We got a ways to go.”