That weird storm that hit Colorado on Saturday is called a 'derecho,' and they're super rare

The Front Range of Colorado has never been hit with a derecho before Saturday. 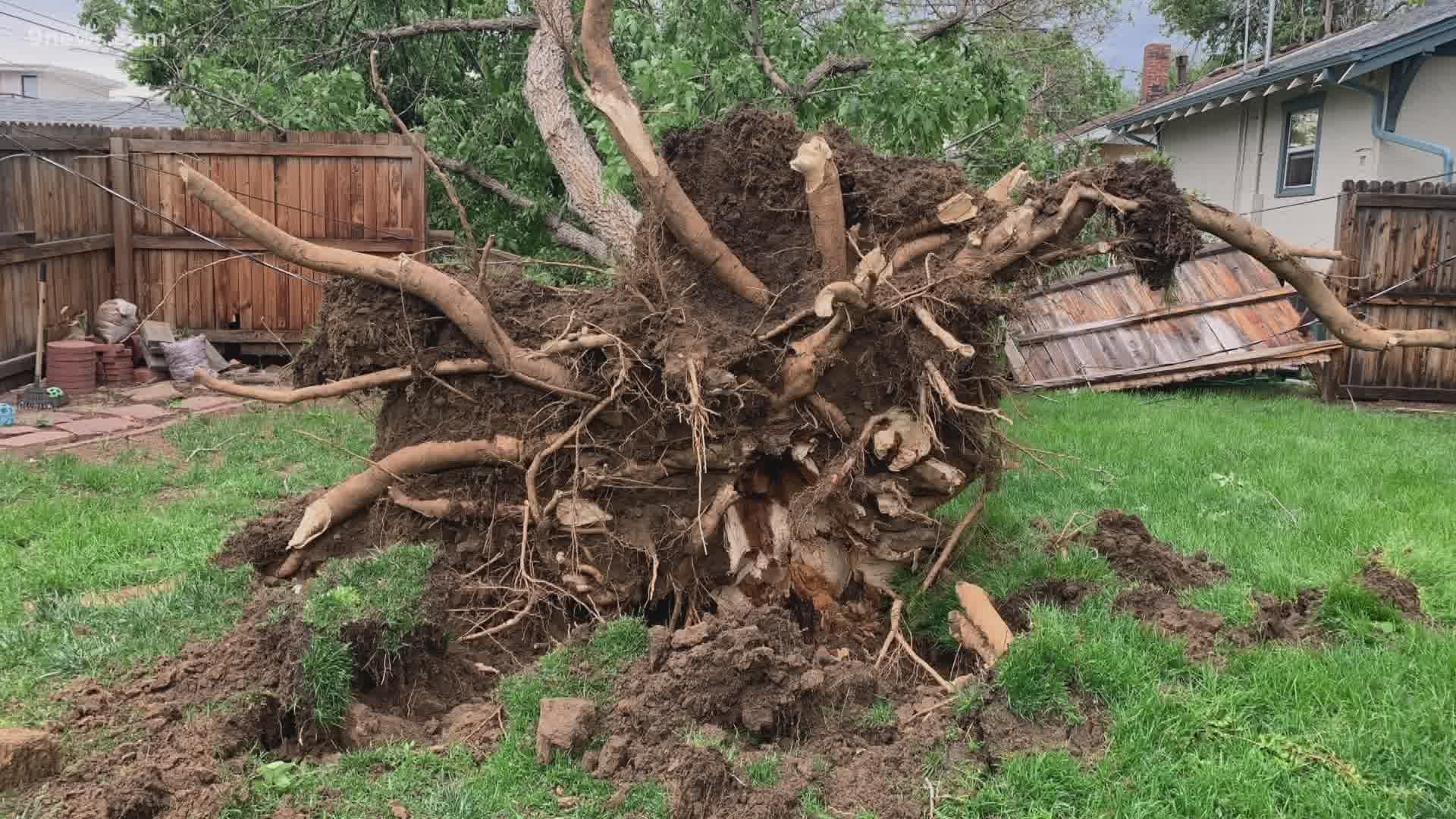 COLORADO, USA — You probably thought you were in that one very unlucky neighborhood that got slammed by a violent thunderstorm on Saturday, because that is usually just how isolated severe thunderstorm damage is in Colorado. But this time, millions of us got hit with the same storm at nearly the same strength.

It was a line or a wave of thunderstorms called a "derecho."

The National Severe Storms Laboratory defines a derecho as a widespread, long-lived wind storm that is associated with a band of rapidly-moving showers or thunderstorms. A typical derecho consists of numerous microbursts, downbursts and downburst clusters. By definition, if the wind damage swath extends more than 240 miles (about 400 kilometers) and includes wind gusts of at least 58 mph (93 km/h) or greater along most of its length, then the event may be classified as a derecho.

RELATED: Rare derecho kills four, cuts power to more than half of a million people in mid-Atlantic

"There was a proposed update to that definition to make it even longer, up to 400 miles, but even using that, the event on Saturday would have qualified," said Russ Schumacher, the Colorado state climatologist.

The damage and severe thunderstorm wind gust swath spanned more than 600 miles Saturday. It started in southeastern Utah and blasted all the way up to South Dakota.

The winds in northeast Colorado ranged between 70 to 80 mph. Denver International Airport recorded a 78 mph gust. Some areas in the high terrain were even stronger. A 110 mph gust was recorded in Winter Park.

“It’s pretty remarkable. I think this will hold up as probably the most widespread thunderstorm wind event that we’ve ever seen across Colorado,” Schumacher said. "This derecho actually lines right up with some of the stronger ones that you see in the midwest and the southeast where they are more common."

The Storm Prediction Center said Saturday's derecho produced the most significant thunderstorm wind gust reports in a day since 2004. There were 44 gusts of 75 mph or greater over the swath of the derecho event.

Schumacher said derechos are rare in Colorado because our dry air lacks the moisture necessary to maintain a storm like that, and because the mountains usually break up any attempts for a storm to say lined up.

"A thunderstorm wind event like that needs a lot of time and space to get going before it can produce widespread damage," he said. "Usually the Front Range is where those kinds of storms originate, and then they do their damage in Kansas and Nebraska."

To add even more context on just how rare this derecho event was, the National Weather Service in Boulder issued the two largest severe thunderstorm warnings they have ever issued. On Saturday between 3 and 4 p.m., one warning polygon covered one more than 20,000 square miles and included more than 3.8 million people in that area.