First monsoon flow of the season spotted. Here's what that means for Colorado

The North American Monsoon has been the 'non-soon' so far in 2020. 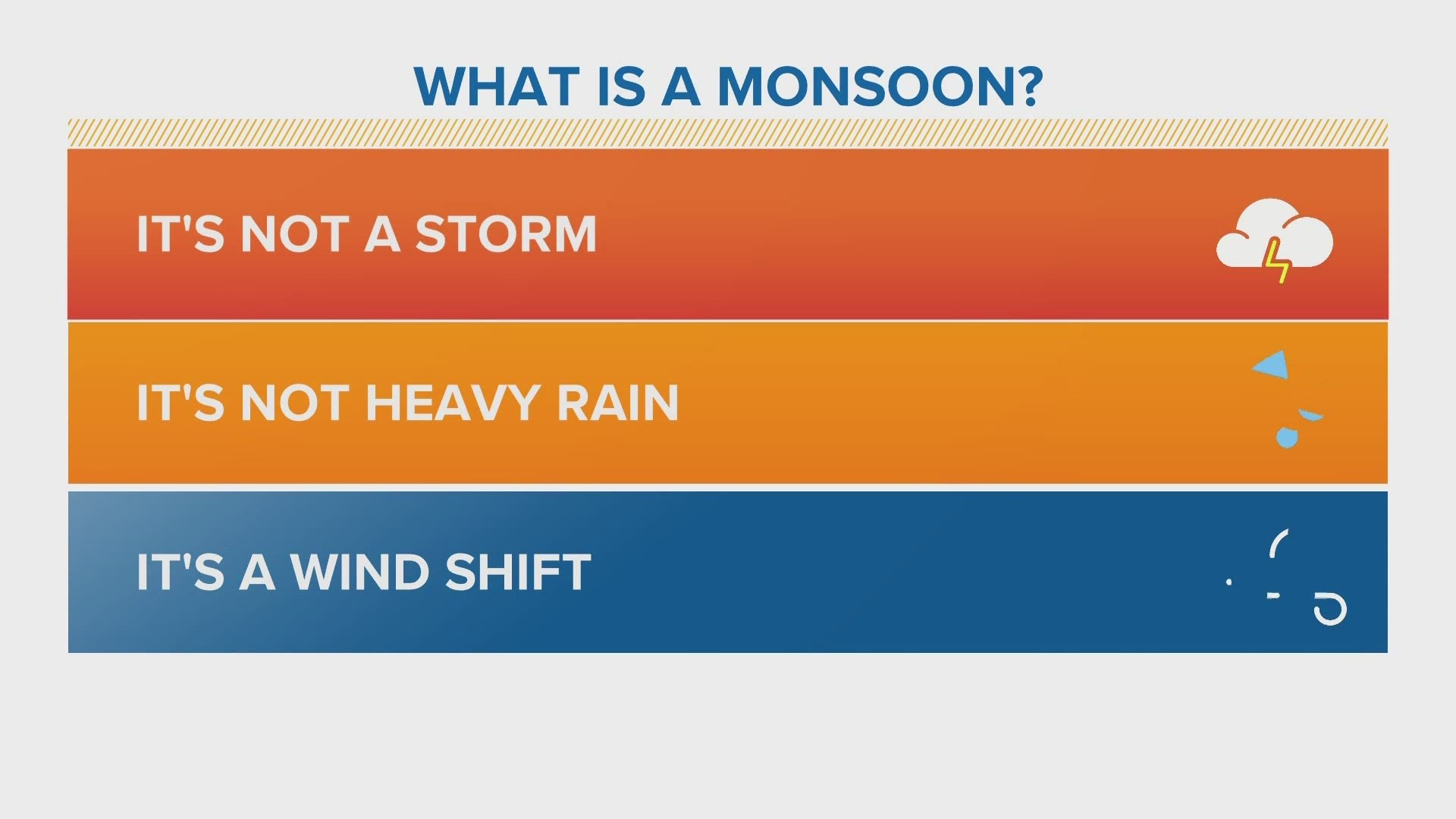 COLORADO, USA — There are reports out of Arizona that the monsoon is starting to stir and that could be a good sign of some possible drought relief here in Colorado.

It has been the 2020 "non-soon" so far with not so much as a glimmer of monsoonal flow coming in off the east Pacific. There have only been a few small surges of moisture into Arizona so far this summer, and those were from nearby tropical systems.

But finally, there is some hope. Southern Arizona has become active with thunderstorms Wednesday and there is more to come.

So, what exactly is a monsoon? It’s not a storm or even heavy rain -- It’s a wind shift.

In North America, the monsoon happens in the Desert Southwest near Arizona. The winds normally flow offshore there in the spring and winter months, but as the summer sun heats up the land, an area of low pressure develops. That reverses the wind pattern which allows moist air over the ocean to flow onto land.

The monsoon can sometimes show up in mid-June, so it’s a little late this year, but it can last all the way through September.

On the days where this setup is strongest, that monsoon flow can bring additional moisture all the way up into Colorado. But, according to computer modeling, it does not look like the pattern will be consistent enough or strong enough to help us out too much.

Warmer than usual conditions appear likely across much of the country in late July. https://t.co/OmuELOiqSU pic.twitter.com/Y8oEx8mju6

The outlook from July 15 to Aug.15 is only calling for occasion spurts of monsoon moisture in Colorado. That would not be enough to reduce our drought, and it may not even be enough to stop it from growing.