The Larimer County Sheriff's Office said dangerous flooding east of Pennock Pass caused roads to be washed out and closed. 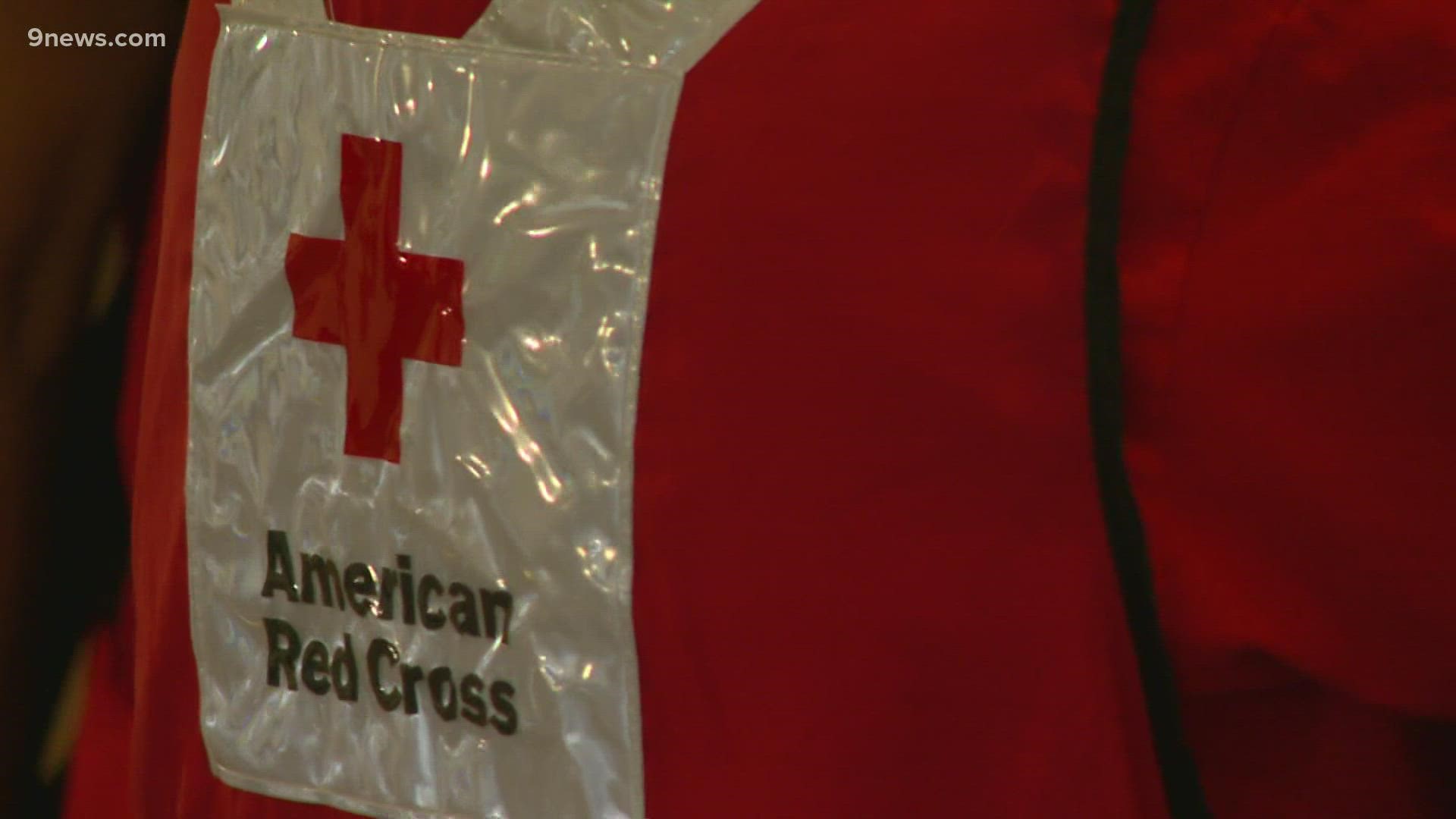 DENVER — A rare Flash Flood Emergency was issued by the National Weather Service for parts of the Cameron Peak burn scar including The Retreat, Glen Haven and Drake.

That emergency was in place until 8:45 p.m. Friday.

The flood threat prompted the American Red Cross' Northern Colorado Chapter to open an evacuation center at the Foundations Church in Loveland.

They said they would remain open as needed.

A Flash Flood Emergency is the highest level of warning that the National Weather Service issues, and it's meant to denote a potential life threatening situation.

A Flash Flood Watch is also in place for the entire Denver metro area and most of the mountains through Saturday.

As much as 2-3 inches of rain could fall in some spots this weekend, and much of it could fall in a short period of time due to slow-moving storms. That's unfortunately a good recipe for flash flooding.

The Flash Flood Watch in Denver started at 6 p.m. Friday and goes through Saturday evening.

As of Friday afternoon, there were already Flash Flood Warnings - indicating ongoing or imminent flooding - over the Cameron Peak burn scar in Larimer County along with the Williams Fork and East Troublesome burn scars in Grand and Clear Creek Counties.

Here's a look at why there's a higher risk than usual for flooding across much of Colorado on Friday and Saturday.

Despite yet another day well into the 90s in Denver on Friday, a sharp cold front dropped into eastern Colorado on Friday evening, bringing some surface moisture with it.

That combines with monsoonal moisture at the mid and upper levels of the atmosphere - which has mostly been stuck in the mountains most of this week - to bring tons of moisture.

The end result: A stormy soaker of a Friday night through the weekend for much of Colorado, including the Denver metro area.

That said, the highest risk for flooding was in the mountains near or around burn scar areas.

Avoid traveling through or camping in or near burn scars (or in the mountains in general) this weekend. Conditions will be unusually soggy and stormy Friday and Saturday.

By Sunday, the heaviest rain will slowly start to pivot into southern Colorado, and by early next week we'll resume a more typical hit-or-miss shower and storm pattern.

In the meantime, avoid traveling to or through the burn scars. I-70 at Glenwood Canyon will have a very high risk for closure through the weekend.

RELATED: 1 more day in the 90s, then a major weather change

RELATED: 'Lengthy' closure of I-70 through Glenwood Canyon expected after 'significant' mudslides