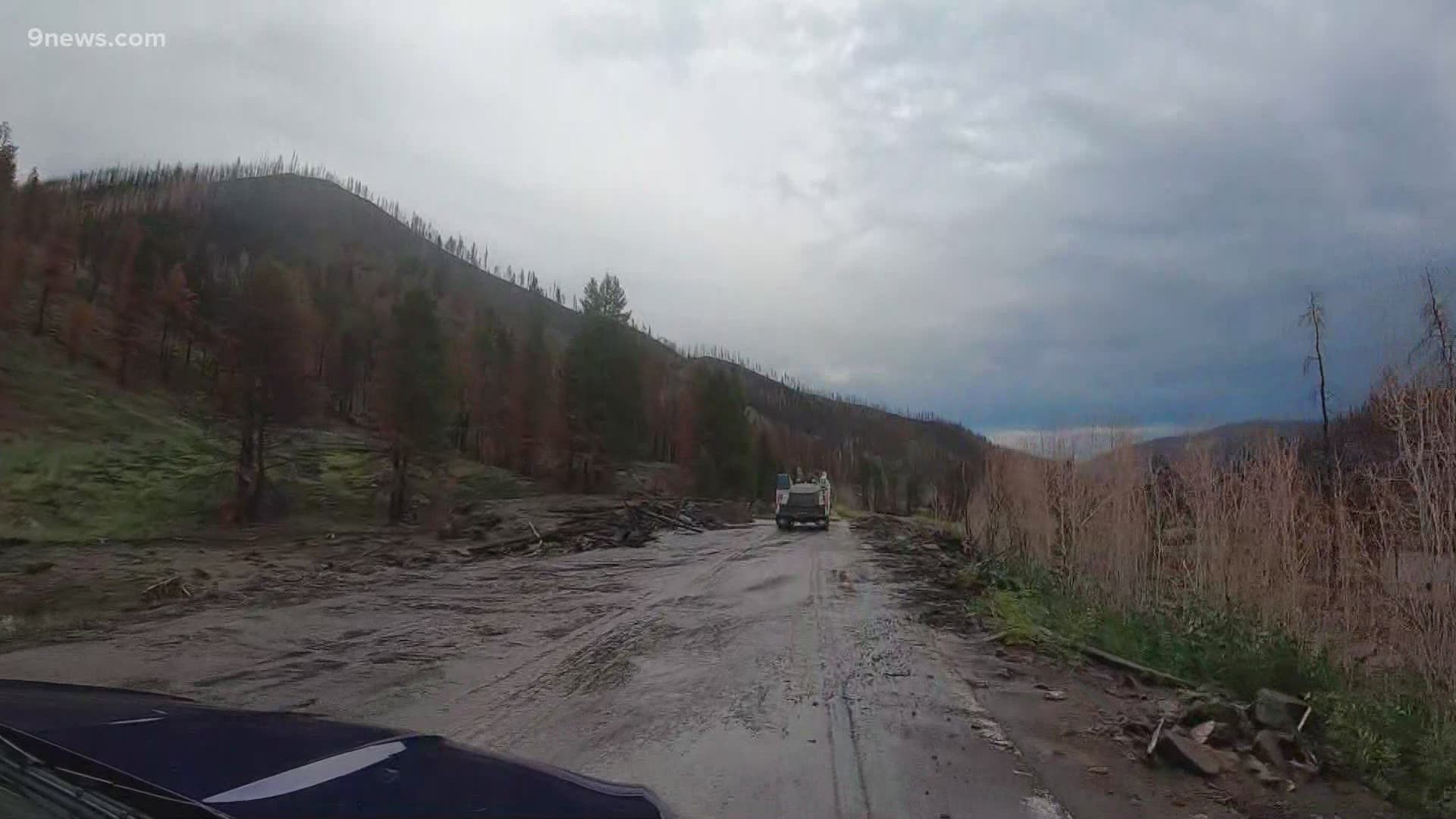 There are three sections where three slides occurred, each about 100 feet wide – there were also some smaller slides that overflowed the banks, according to Grand County Sheriff's Office (GCSO) Sheriff Brett Schroetlin.

"When it starts to rain up there, debris flow. Just reminds people this area is kind of unstable and we ask them not to stop along that route, head on a swivel, watch both sides of road," said sheriff Schroetlin.

The sheriff advised drivers to avoid the area because of big pieces of lumber and rocks coming down that could damage cars.

Schroetlin said some motorists along Highway 125 were caught in between mudslides, but that they were in safe spots.

"Up here in Grand County, some motorists got caught between different slides on highway. Nobody got caught in slides themselves. Colorado Department of Transportation (CDOT) is managing to get road back open right now," said Sheriff Schroetlin.

He said fire has been talked about in the mountains, especially during the wildfire recovery process, but they continue to remind people that fire is a risk.

"We're still getting smoke reports, still getting new starts, but we're also dealing with water. Water can be just as dangerous," he said.

The first reports of the mudslides were sent out just after 2:30 p.m. by CDOT. The slides forced the full closure of Highway 125 two miles south of Willow Creek Pass between Buffalo Creek and Cabin Creek, CDOT said.

🌲 Images of the mudslides currently closing down CO Hwy 125 from MP 10 - 15 in Grand County. Some motorists are stopped...

Highway 125 is the main road that connects the town of Granby, in Grand County, to Walden in Jackson County.

Heavy, soaking rains fell in and around the East Troublesome Fire burn area Wednesday, forcing the National Weather Service in Boulder to issue Flash Flood Warnings for the town of Grand Lake and stretching into portions of southwestern Larimer County.

A flash flood warning has been issued for the East Troublesome burn area in Northeastern Grand County and Southwestern Larimer County until 6:15 PM. Here is a more detailed map: #COwx https://t.co/cyV9frt74O pic.twitter.com/XRpFmOixy5

Heavy rains along the Cameron Peak Fire burn scar triggered mudslides in Larimer County Tuesday evening, destroying at least five structures and killing one woman. Two men and another woman are still missing, according to the Larimer County Sheriff's Office. A Flash Flood Warning was posted for the Cameron Peak Fire burn scar at around 2:45 p.m. Wednesday. That warning expired at 4:30 p.m.

Separate mudslides closed Highway 133 in Pitkin County near Carbondale, and Independence Pass on the Lake County side. Both roads have since reopened.