Here's how school districts decide whether or not to close

When it comes to Colorado weather, neighborhoods in the same school district can see vastly different effects from the same weather system. 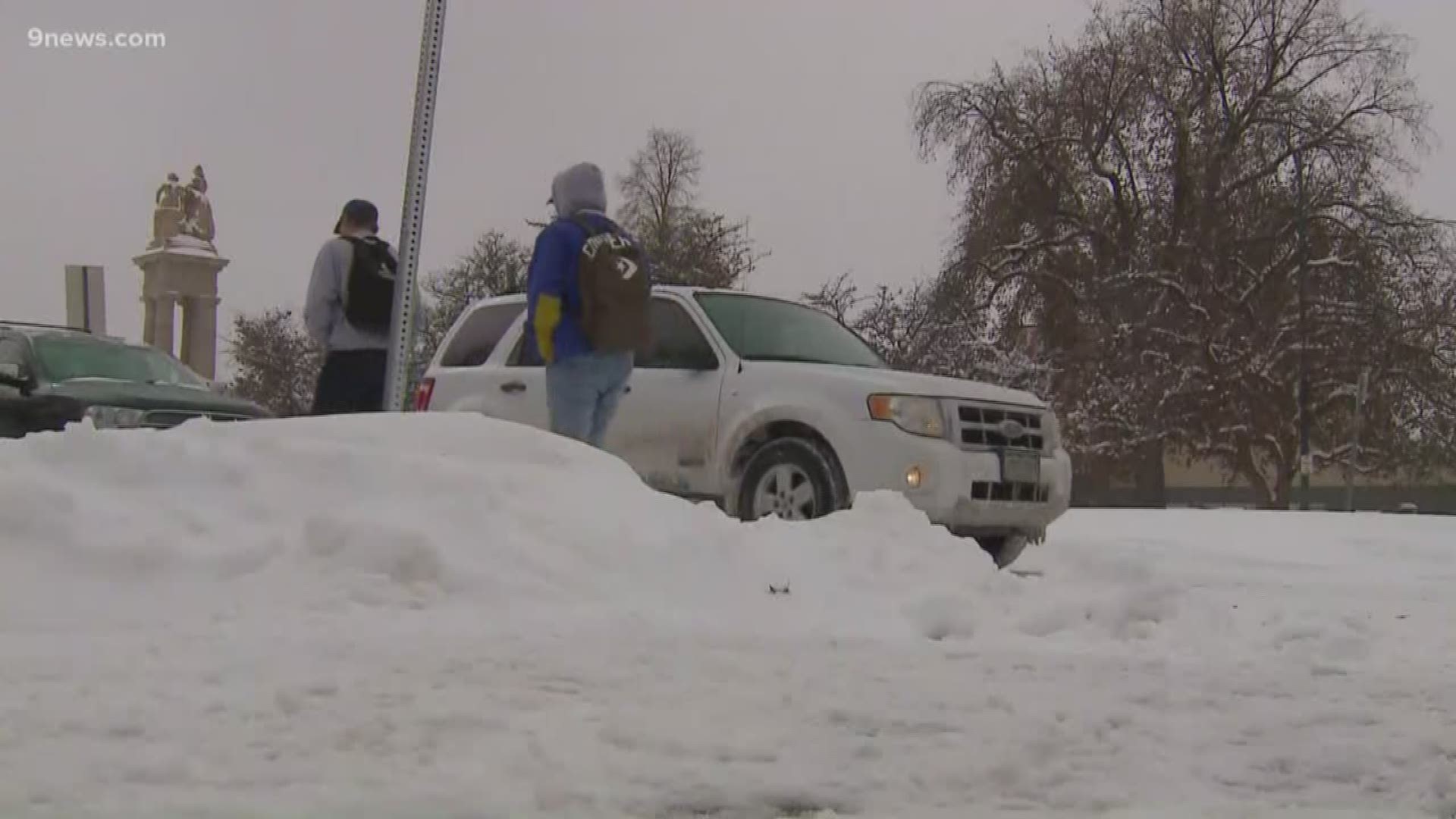 Here's how the districts likely impacted by the storm make their decision as to whether or not to close.

> Click or tap here for the latest updates on closures/delays for Wednesday.

APS doesn't designate a specific time when this decision will be made but said "as early as possible."

Aurora Public Schools covers over 155 square miles so it's possible some areas could be affected by a storm while others aren't. On its website, APS said "in the interest of safety, APS will generally close all of its schools."

Cherry Creek Schools also said a decision to close impacts every school in the district.

In March of 2017, CCS told 9NEWS that's because "it would not be possible to create a new model for each unique situation in the limited time between when the decision is made and the start of schools without causing confusion for parents and schools."

That decision begins with a 3 a.m. wake-up call for the superintendent, assistant superintendent of facility support, and transportation department staff.

They use forecasts from NOAA, AccuWeather, and local meteorologists; information and recommendations from neighboring districts; and reports from area drivers to make a final decision by 5:30 a.m.

Online, CCS says it's "rare" but possible to make the call "the evening before for the next day."

Once the decision to close or delay is made, it can't be undone "even if the weather forecast changes."

District policy outlines whether or not Adams 12 will close or delay due to weather. Adams 12 Communications Manager Christina Dahmen told 9NEWS that when a decision is made, it's for the entire district.

Dahmen said one part is never closed or delayed while another part is not.

The process for reaching a decision begins early in the morning with the superintendent and other members from the transportation and risk staff driving the district to get an idea of conditions.

Dahmen told 9NEWS that they use district specific weather forecasts and recommendations from public safety agencies to help make a final decision.

Jefferson County Public Schools said they typically won't close or delay "unless the storm is extreme." Chief Communications Officer Tammy Schiff said the number one priority in the decision making process is the safety of students and staff.

On its website, JCPS outlines three basic questions that help them reach a decision:

JCPS said it does evaluate mountain school areas differently than metro area locations but "conditions must be deemed extreme enough to warrant closing."

The district doesn’t go back on its decisions to open or close, since parents need to make plans.