The windy conditions led to travel advisories along I-76 and between Fort Collins and DIA. Numerous trucks were topped near Cheyenne, Wyoming. 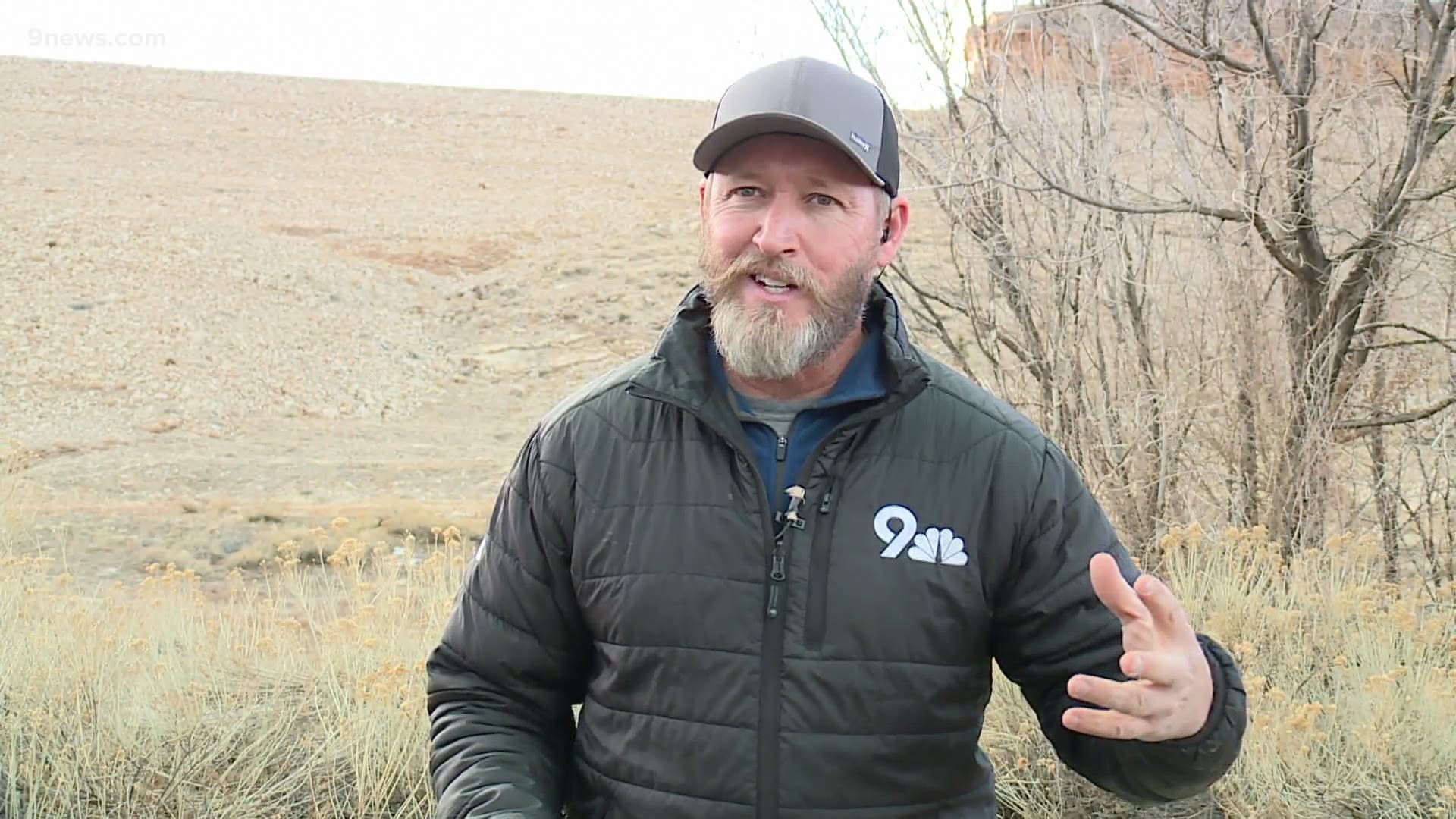 DENVER — High winds were reported across Colorado late Wednesday night into Thursday morning, with gusts reaching near 60 mph in parts of Denver County and winds exceeding 90 mph in parts of Boulder and Larimer counties.

It even reached 116 mph on Peak 6 in Breckenridge. That's windy, but nowhere near the state's 2016 record of 146 mph gusts on Monarch Pass.

The National Weather Service released a preliminary list of wind readings on Thursday morning. The highest winds were recorded in Glen Haven in Larimer County, where gusts reached 99 mph just before 8:30 p.m. on Wednesday.

The high winds are expected to continue on the Eastern plains on Thursday afternoon. This has led the National Weather Service to issue a travel advisory to truckers and others driving high profile vehicles.

This same advisory was issued on Wednesday night, when truckers were told to avoid Interstate 76 due to the more than 60 mph winds reported in Brighton, Fort Morgan and more.

AVOID TRAVEL east of a Fort Collins to DIA line from now through at least midnight! 88 mph gust just recorded at Cheyenne, WY!

TRUCKERS -STAY OFF or GET OFF I-76!#COwx

Attention truckers and drivers of high profile vehicles! Similar conditions and high winds are expected to develop this evening across the I-76 Corridor on the northeast plains of Colorado. Avoid travel between 9 pm and 1 am tonight. #COwx https://t.co/JJOABq5VcI

Snow and blowing snow across the mountains tonight. Be prepared for slick roads and areas of blowing snow with poor visibility at times. Conditions improve Thursday morning. #COwx pic.twitter.com/wM0ParZgcW

Closer to the Denver metro area, winds sparked a grass fire in Arapahoe County and toppled a tree onto a home.

Overnight wind damage responses - At 1 a.m. a fallen tree brought down power lines and sparked a grass and shed fire in the 1600 block of Cherryville Road. At 2:19 a.m. a tree fell into a house in the 7200 block of S. Lincoln Way. Thankfully no injuries occurred at either scene. pic.twitter.com/rTUJaHxxrQ

Blowing dust is a concern on the Eastern Plains Thursday afternoon, and drivers should use caution if driving through this corridor.

Expect another day of strong winds for much of eastern Colorado. Use caution if traveling in high profile or lightweight vehicles. Areas of blowing dust may reduce visibilities on the plains. pic.twitter.com/7TaTbByd5k

> The latest wind numbers from the NWS in Boulder can be found here.